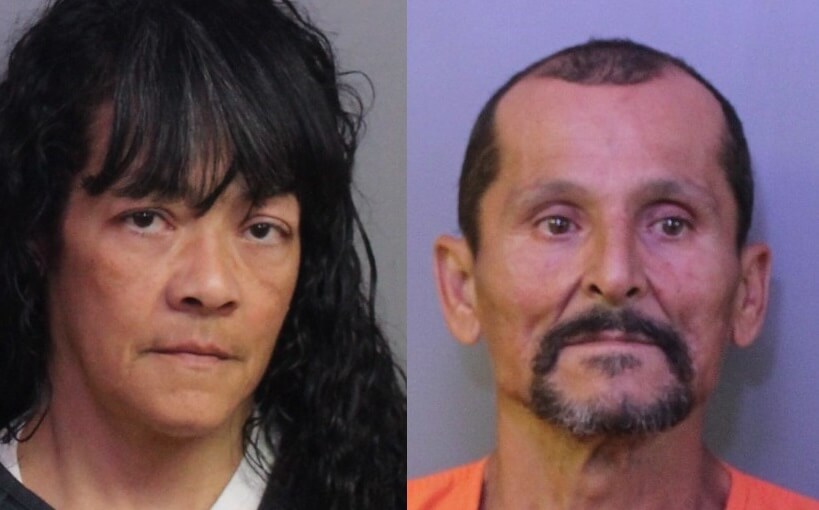 She was taken into custody last night at her residence, 439 21St St SW in Winter Haven (she had previously bonded out on her trafficking in heroin charges on February13, 2018). Also arrested and taken into custody last night was her husband, 56-year-old Idlefonso Mendez Rios. He was charged with possession of methadone, possession of drug paraphernalia, possession of prescription medication without a prescription, resisting officers without violence, and served with a warrant for failure to appear at the Polk County Jail Weekend Work Release Program (Driving While License Suspended or Revoked, Possession of Heroin, Possession of Prescription Drug without a Prescription, Possession of Drug Paraphernalia). Mr. Rios was found hiding in a bedroom closet. While conducting a search, detectives found the methadone pills and drug paraphernalia (for which he was charged).

Melita Mendez admitted to detectives that she sold the heroin to Joslin, which resulted in Joslin’s death.

According to detectives, the following is a timeline describing the investigation:

PCSO detectives sent the baggies of heroin (that were found next to Joslin when she was discovered deceased) and the baggies found in Mendez’ home to the Florida Department of Law Enforcement Crime Lab. The lab results stated the baggies of heroin in Joslin’s presence and the heroin found in Mendez’ home tested positive for heroin. In early February, detectives received toxicology results from Joslin’s autopsy indicating she tested positive for Fentanyl.

On February 22, 2018, detectives received the final autopsy report from the 10th District Medical Examiner’s office and the official cause of death was ruled as “Heroin and Fentanyl Intoxication.”

“This is how dangerous it is to become addicted to heroin, or any drug for that matter. Drug dealers are only concerned about making money, they don’t care about how this drug can ruin someone’s life. Thankfully, the legislation passed the new law encompassing the sale of heroin laced with fentanyl into the first-degree murder statute. Now, Mendez can be rightfully held accountable for her actions.” Grady Judd, Sheriff

Melita Mendez has an extensive criminal history dating back to 1990 when she was 21 years old.