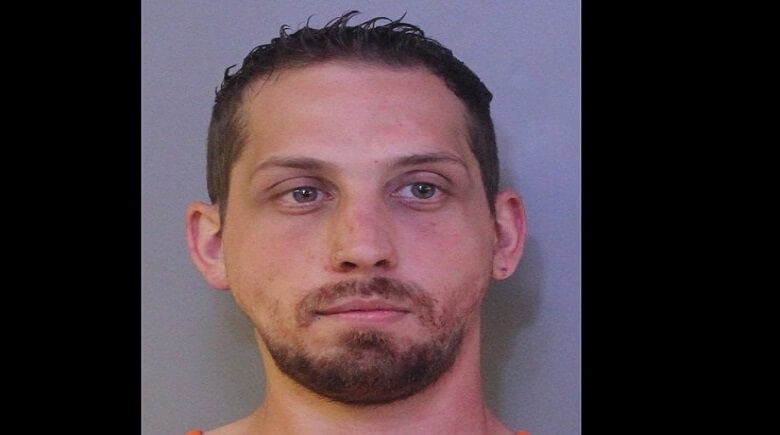 A Winter Haven man who is currently in the Polk County Jail for Lewd and Lascivious Acts on a child under 12 years of age, was charged Wednesday, March 7, 2018, with trying to hire someone to kill his victim, and witnesses. The Polk County Sheriff’s Office has charged 26-year-old inmate Richard Palmer with two counts of solicitation to commit murder (F-1), and one count of solicitation to commit arson (F-2).

According to the affidavit, Palmer approached a cellmate, asking him if he knew anyone who would be willing to kill the young victim and witnesses in his case. The cellmate notified law enforcement about Palmer’s offer to compensate $15,000.00 and a motor vehicle, described as a sports car, to murder the child and two adults, then burn their home down to destroy evidence. Palmer told the cellmate that he didn’t want his intended victims to come to court, and he didn’t want to spend the rest of his life in prison.

The cellmate turned over Palmer’s hand-drawn map of the targeted residence, complete with landmarks, and interior layout, which was intended to help the hired-killer with the task.

An undercover detective was introduced over the phone by the cellmate, as someone interested in assisting with the murders. The term, “X Out” was adopted by Palmer to refer to the planned murders when speaking with the cellmate and detective. The detective was provided directions, promised a motor vehicle as partial payment, as well as money in advance. Palmer soon after arranged for $100.00 to be wired to the detective via Western Union, and was provided with a security code question by Palmer.

Detectives also recorded a conversation between Palmer and his cellmate, where Palmer used the coded phrase, “Exterminate all Jews,” referring to his people (victims) in the neighborhood. It was during this conversation that Palmer acknowledged drawing the map.

“Just when you think this man can’t get any lower, after being arrested for doing horrible things to a child, now he’s trying to hire someone to kill her and the witnesses. There’s not one bit of remorse in this man for what he’s done.” – Grady Judd, Sheriff

A complaint affidavit against Palmer was originally filed with the lewd and lascivious charges in February 2013. Palmer was arrested in Ohio, and extradited to Polk County in November 2015. He posted bail in December of that year. He was arrested again in September of 2017 on battery on a LEO and resisting arrest charges, which prompted his pre-trial release status to be revoked and he has been in jail since. He is scheduled for first appearance on Thursday, March 8, 2018.

The names of the victim and witnesses, and the map have been withheld due to identifying information in a sexual battery case.