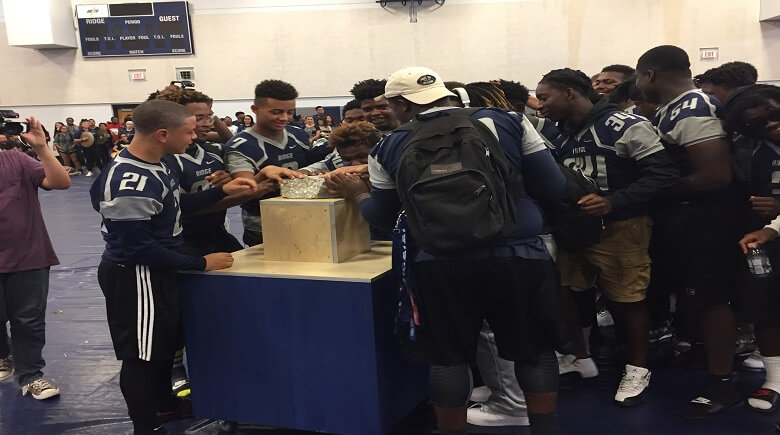 The Ridge Community Bolts and their fellow students have a new way to energize themselves—or rather, “electrify” themselves—before a big game now that a new school tradition has been started.

During two consecutive pep rallies on Friday, the school unveiled a good luck totem created from a piece of rock that had broken loose from the school’s tennis court after being struck by lightning years ago.

That rock has since been salvaged by the school’s administrators and mounted as a good luck totem for the school.

Principal Steven Ely first learned about this literal piece of school history while researching the school over the summer.

He learned that the school’s team received its name, The Ridge Community Bolts, due to the local area being a frequent target of lightning strikes.

Upon learning about the big chunk that was blown away by one of these lighting strikes, Ely decided to have the rock converted into a movable pedestal to be used during sports games as to “electrify” the school spirit of students and athletes during games.

The totem was supposed to be unveiled earlier this season, but was postponed due to renovations to the school’s athletic fields, especially with the cleanup following Hurricane Irma, Ely explained.

As the football team will be returning for its homecoming game, the pep rallies on Friday were considered the most opportune time to reveal the new totem.

“We have had some adversity trying to get the season started and our guys have been road warriors, so it will be good to get home and get a win over one of the best teams in the state, so we are going to try and get our kids excited about showing up,” Principal Ely said. 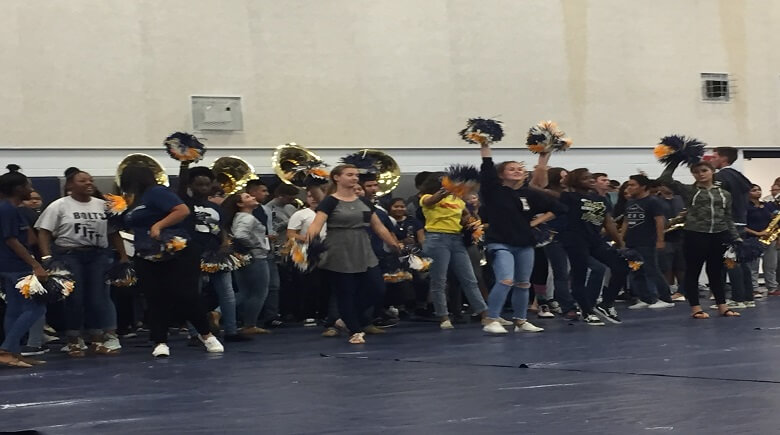 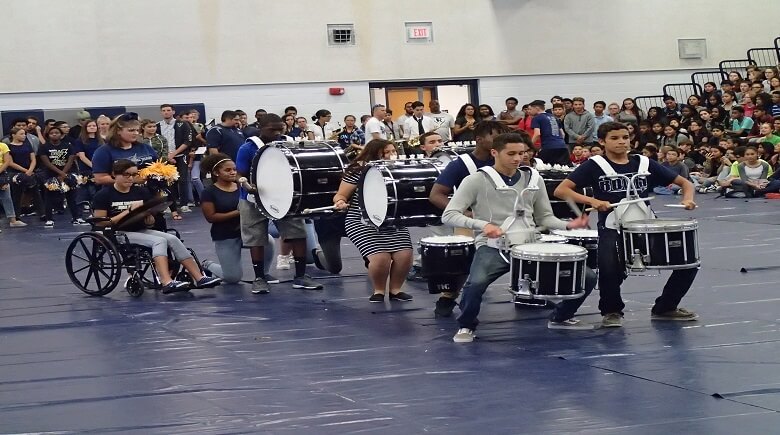 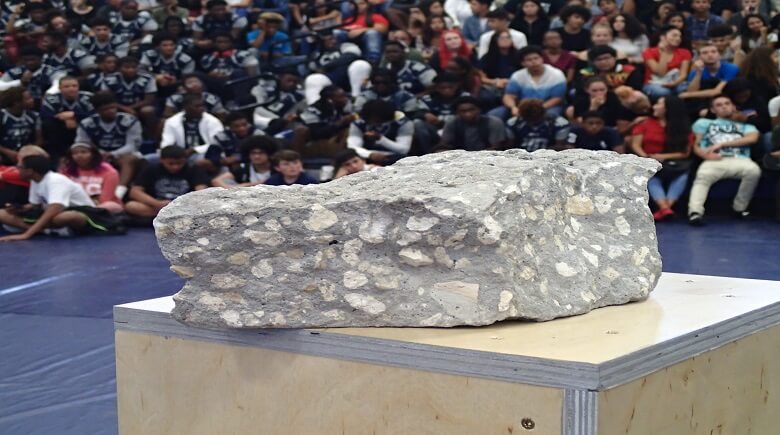 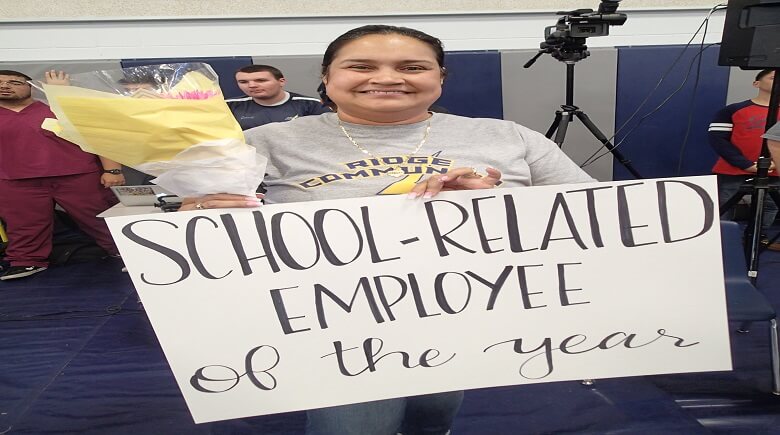 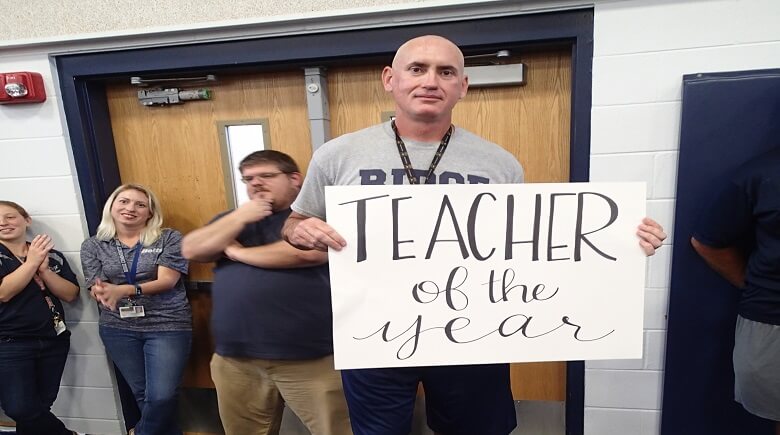