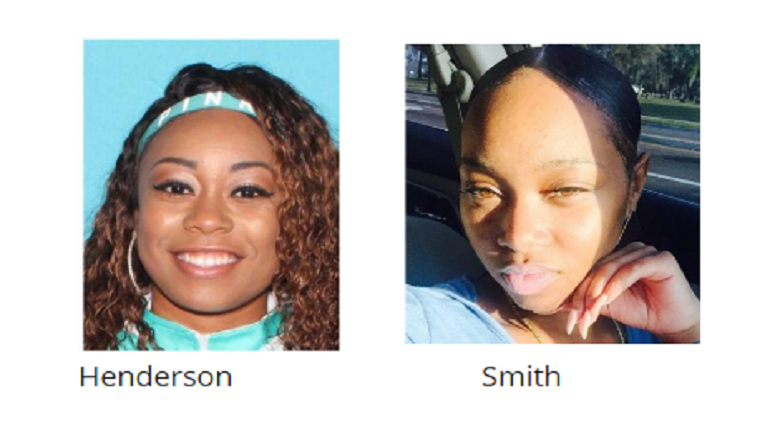 Theses two Childcare Workers were Booked Into Polk County Jail After Turning Themselves In.

Kaderrica Smith and Alexus Henderson, the two childcare workers seen on a Snapchat video taunting and abusing an eight year-old Autistic boy have been booked into Polk County Jail after they turned themselves in.

Henderson, who was charged with Child Neglect has bonded out. Smith, who faces charges of Child Abuse and Battery is being held without bond. Smith will have first appearance today.

A warrant for the arrest of two childcare workers has been issued after a video surfaces of them berating, taunting and throwing a backpack at an eight year-old Autistic child. The child did not require medical attention.

On 9-1-17, Winter Haven Police received information about a Snapchat video that had been posted showing 26 year-old Kaderrica Smith of Haines City and (then 19 year-old) Alexus Henderson of Dundee taunting, aggravating, yelling at and doing a leg sweep on a student at Our Children’s Academy (330 Ave C SE) in Winter Haven. The eight year-old boy, who was diagnosed with Autism, ADHD, ODD and severe outbursts, is seen and heard in the video crying and hiding underneath a table while Henderson and Smith continue to taunt him.

At one point, the child comes from under the table, runs around the room and attempts to run towards one of the workers when she grabs his arms and does a “leg sweep” causing the child to fall flat on his back. The video, which lasts approximately three minutes, shows the child reacting to the taunting in both a verbal and physical manner. At another point, one of the workers is shown throwing shoes and a backpack at the child while he is under a table.

An initial interview conducted with both Henderson and Smith revealed that they felt they were acting appropriately and they did nothing wrong. The facility immediately fired both Henderson and Smith and DCF placed a hold on their certifications so they could not be re-employed by any entity working with children while the investigation was being conducted. Due to the nature of the incident, an interview with the child by a DCF Child Protection Team member needed to be conducted to continue the investigation.

“These workers were supposed to be trained in how to handle children with behavioral issues,” said Chief Charlie Bird. “They are trained to deescalate situations, but that obviously did not happen.”

Anyone with information on the whereabouts of either Henderson or Smith is asked to call Heartland Crime Stoppers at 1-800-226-TIPS (8477). Callers can remain anonymous and could be eligible for a CASH reward.