On 09/01/17 at approximately 1610 hours the juvenile victim, Trinity Hamilton, was walking westbound on the north side grass shoulder area of Idlewild Street, just west of the intersection of Leslie Drive in Lakeland (she was walking home after being dropped off by the bus, as she does every day).

While walking westbound, the victim was struck from the rear by what witnesses reported was a white pick-up truck.  The impact to the victim redirected her into a ditch area north of the roadway surface and resulted in serious injuries.

Witness, reported she was traveling westbound on Idlewild Street and observed a white colored pickup truck, with a black stripe down the center of the hood traveling behind her.  The witness advised that she then saw the truck impact the victim and noted that the truck never stopped and/or slowed to render any aide to the victim.  She reported she pulled off the side of the road and observed the truck flee the area at a high rate of speed northbound on East Lake Parker Drive.

Another witness, who resides in front of the crash scene, reported she heard the impact and upon looking out towards the roadway, observed a white colored, full-size, pickup fleeing the scene westbound on Idlewild Street.

Evidence at the crash scene revealed apparent blood near the westbound fog line.  Inspection of the crash scene further revealed that primary impact between the pickup truck and victim took place near westbound fog line.  Within the north side ditch, near the area of final rest for the victim, an exterior right side vehicle mirror was recovered.  Deputies noted that the mirror was face up with possible DNA on the glass surface. There also were several pieces of apparent automotive plastic recovered within a debris field in the grass shoulder area.

During the crash scene investigation, a residential security video located at on Idlewild Street (just west of the crash scene) was obtained and viewed.  Review of this video revealed an older model truck, white, Ford pickup traveling westbound on Idlewild Street during the time frames for the this crash.  Review of this video further identified the pickup truck had a black colored racing stripe down the hood, a silver colored toolbox in the rear tailgate area and tinted windows.  Observations of the pickup truck were consistent with the previously obtained witness statements.

Deputies made contact with the suspect driver, identified as William Hull. They read Hull his Miranda Warning and Hull stated he understood Miranda and agreed to speak with deputies about the crash.

During this interview, Hull advised that he was the operator of the pick-up truck and that he was involved in a crash on Idlewild Street.

He also stated he hit something on Idlewild Street but did not stop to see what it was.

During the crash, the victim received serious injuries, which included a fractured jaw and a dislocated pelvis.  She was transported to St. Joseph’s Hospital in Tampa Florida for treatment.

The suspect was transported to the Polk County Jail and charged with:

Trinity is expected to fully recover from her injuries 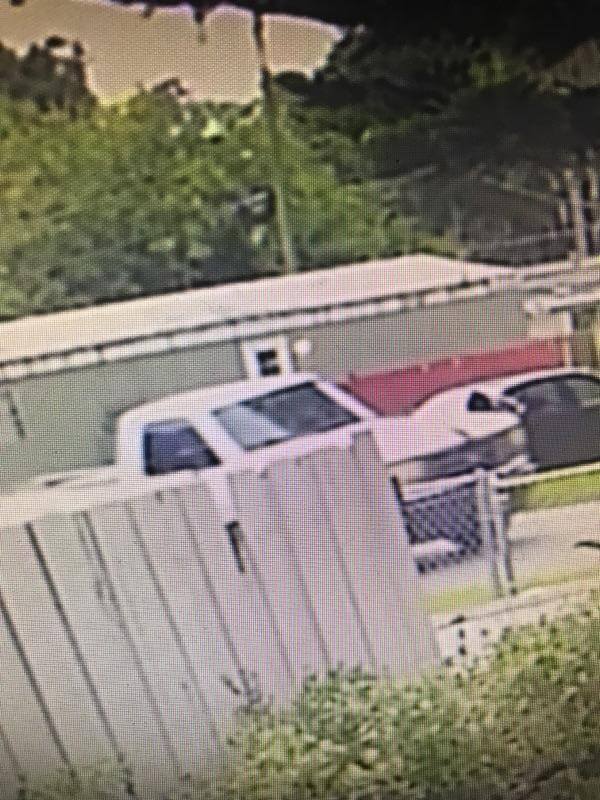 The Polk County Sheriff’s Traffic Unit is investigating a hit-and-run with serious bodily injury to a child that occurred in Lakeland this afternoon, and is seeking the public’s help to identify and locate the suspect vehicle – we have photos of the vehicle taken just prior to the crash.

Around 4:00 p.m. this afternoon, Friday, September 1, 2017, an 11-year-old girl was walking westbound off the roadway, off the shoulder, of Idlewild Street near Leslie Drive in Lakeland, as seen by a female motorist (witness) who drove past the child. The witness then observed in her rearview mirror an older model white pickup truck approach the child, veer off the roadway onto the shoulder, and strike the child. The child went into the ditch on the side of the road, and the truck went back onto the roadway and behind the witness’ car. 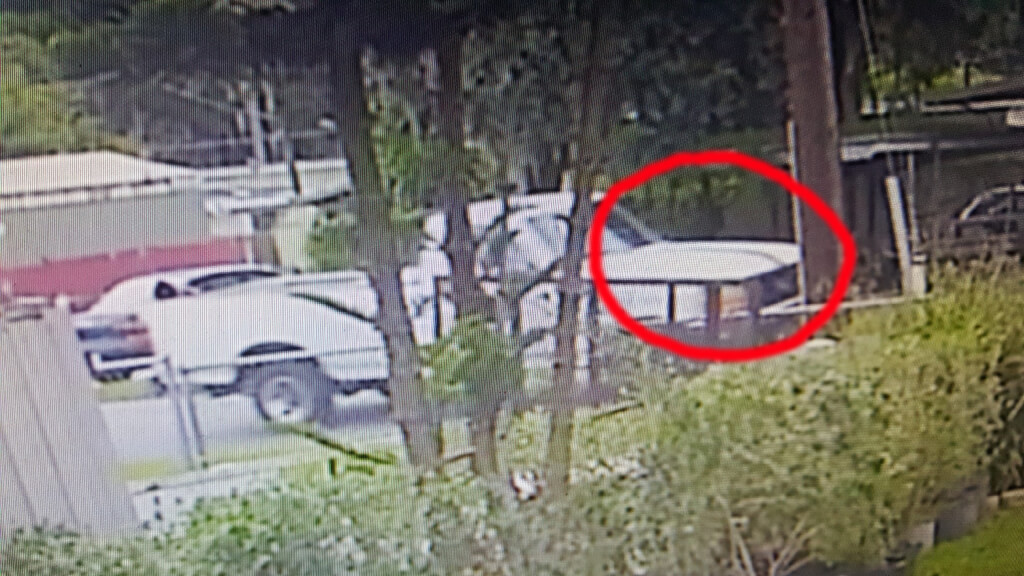 The witness observed the driver of the suspect truck to be a white male in his 30s, with brown hair, wearing tinted glasses. As she prepared to slow down and follow him to get a better description for law enforcement, he abruptly sped off in the opposite direction, and onto Lake Parker Drive, heading southbound. The witness immediately then turned around and went to render aid to the victim.

The child was taken by ambulance to St. Joseph’s Children’s Hospital in Tampa and is there now with her parents. She has serious injuries.

The suspect vehicle is described as an older model two-door white Ford F-150, with what appears to be a black stripe or black tape on the hood. He was traveling between 30-35 MPH. The truck may be missing the passenger side mirror, and/or have damage to the front passenger headlamp area. 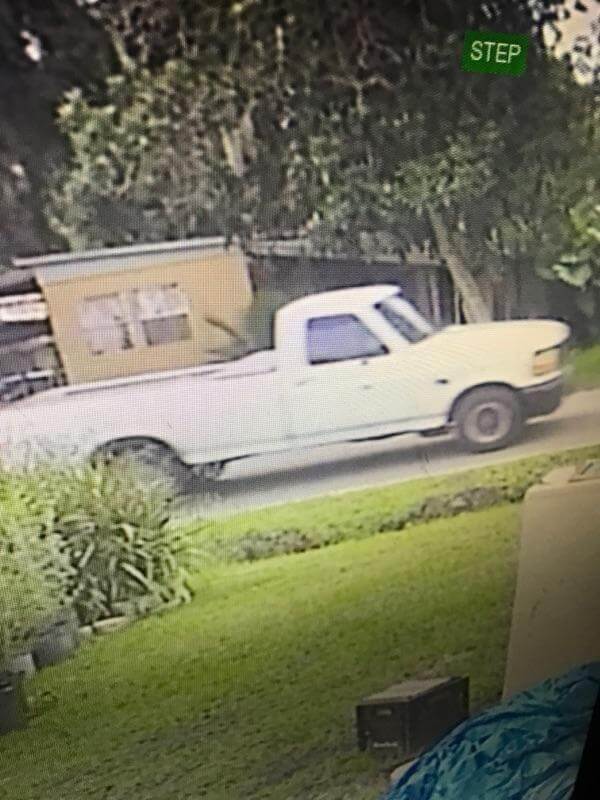 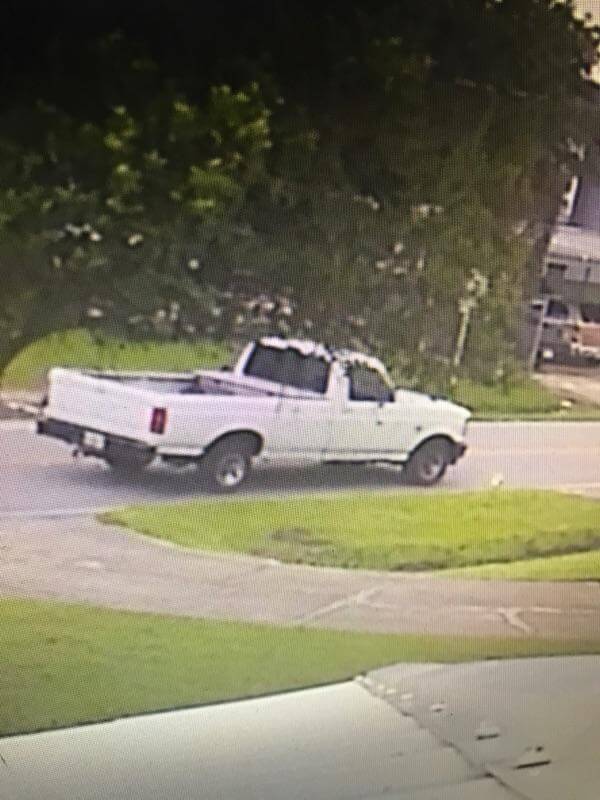 If anyone has information about this hit-and-run or sees the suspect truck, they are urged to contact the Polk County Sheriff’s Office at 863-298-6200.

Anyone with information who wants to REMAIN ANONYMOUS and be eligible for a CASH REWARD is asked to call HEARTLAND CRIME STOPPERS AT 1-800-226-TIPS or log onto www.P3tips.com to submit your tip via the web. For a secure and password protected mobile app for your smart device, go to the app store and download the free “P3tips” mobile app. No caller ID, no recorded lines, no tracking cookies, no saved IP addresses. Anonymity is Guaranteed!!