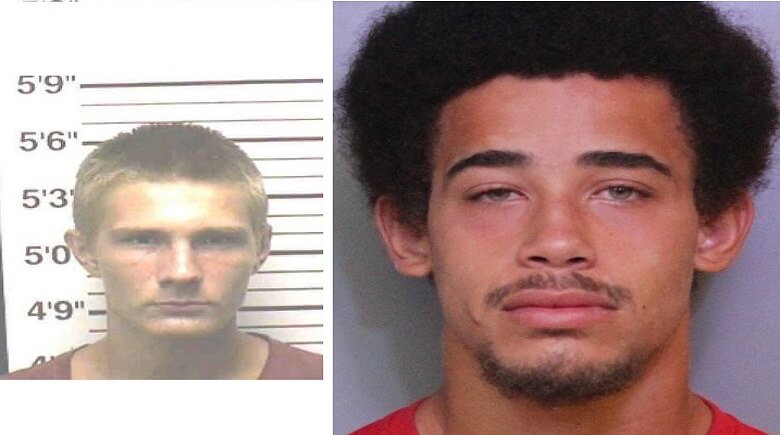 Polk County Sheriff's Office General Crimes Unit detectives arrested 20-year-old Devon Toothman of Auburndale for armed burglary, grand theft, and conspiracy to commit a conveyance burglary, and 17-year-old Richard Kroeger of Lake Wales for armed burglary, grand theft of a firearm, conspiracy to commit conveyance burglary, possession of tools to commit burglary, and dealing in stolen property, on Saturday, August 12, 2017, at approximately 2:08 a.m. A citizen in the Marianna Acres neighborhood saw Toothman and Kroeger breaking into his vehicle. He honked his horn at them and they ran from his home. He called deputies immediately and gave them a description.

According to the affidavits, Toothman and Kroeger told deputies they planned in advance to break into cars together. They admitted to entering multiple unlocked vehicles in the area of Cypress Shores Community and in the area of Oak Drive and Lake Marianna Drive.  During the course of the burglaries Kroeger stole a fully-loaded Glock27 from the center console of a truck, and held onto it while they committed other burglaries. Kroeger told deputies he was going to try and sell the firearm.

"We are constantly asking the public, when you see something, say something. We want to commend this alert citizen who saw something, and said something. Without him, we would not have captured these suspects so quickly. This is another example of one man who committed multiple crimes as a juvenile, who was released, and is still committing crimes. This other juvenile is not being held accountable for his crimes, and is still on the street committing crime and victimizing multiple people." – Grady Judd, Sheriff

Kroeger and Toothman's criminal histories have a total of 13 felonies and 19 misdemeanors:

Toothman was booked in to the Polk County Jail on the above mentioned charges. Kroeger was taken to the JAC.