According to the affidavit, on May 21, 2017, deputies responded to the McDonald’s located at 8006 Osceola Polk Line Road Davenport, Florida in reference to an armed robbery. During the investigation and viewing video surveillance, detectives saw an unknown black male suspect enter the McDonald’s around 3:57 a.m. wearing dark clothing and pointing a black handgun at two employees. He directed them to the room where the manager was counting money. The suspect demanded the employees to put the money in a bag that the suspect had.

Victims told detectives the suspect resembled a new McDonald’s employee named Timothy Williams, who works the night shift and knows the closing and register counting procedures. Detectives contacted Williams and he told them he worked at McDonald’s until just before 2 a.m. that night, and went to the Kissimmee area for the morning, and was not in the area of McDonald’s during the time of the robbery.

On July 11, 2017, deputies responded to McDonald’s located at 5825 US Highway 27 N Davenport Florida in reference to an armed robbery that occurred at approximately 4:00 a.m. During the robbery, a black male with a black handgun entered the business wearing a dark colored jacket with the word “MEXICO” written in large letters on the back in neon green/yellow.

The jacket also had matching neon yellow/green trim along the bottom and shoulders. The suspect was wearing black sweatpant type pants, red/orange shoes, black gloves, a boonie/fisherman style hat with red white and blue designs with a white cloth with unknown designs under it covering the top portion of his face and a dark cloth covering the bottom portion of his face, carrying a dark backpack possibly with a camouflage design and carrying a black handgun.

The suspect approached one employee in the kitchen area and physically directed him to the back room where the manager was counting money. The suspect directed a third employee in the back room where the suspect then obtained cash and large brown envelopes from the vault and placed it in a dark colored backpack.  You can see the McDonald’s surveillance video of the July 11th robbery on the PCSO Facebook Page.

In reviewing Timothy Williams’ Facebook account. Timothy was observed wearing red shoes that appear to match the shoes observed in the video surveillance of the robbery that occurred on 7/11/2017.

Williams was also observed in photographs wearing a similar jacket to one that was worn in the robbery that occurred on 7/11/2017 with the word “MEXICO” written in large letters on the front, which indicates that he owns similar clothing as the suspect. Williams also has photographs of himself wearing multiple boonie/fisherman style hats like the one that was worn by the suspect in the robbery on 7/11/2017. Williams has a scar or mark near his right eye, which matches the suspect description given by at least two victims.

Through the investigation detectives were able to determine he was at the McDonald’s during the time of the robbery on May 21, about which he initially lied.

William’s also owns similar hats as the one worn by the suspect of the robbery that occurred on 7/11/2017. Williams had multiple pictures of himself in Florida Gator attire, which is consistent with the description given of the duffel bag, used in the robbery that occurred on 5/21/2017. Williams also had a picture that contained a black and blue duffle bag with an orange stripe down the middle that has a logo on it, possibly a Gators logo as described in the robbery on 5/21/2017.

Contact was made with Williams’ employer at the McDonald’s located at 8006 Osceola Polk line Road in Davenport, and it was confirmed Williams was not working on the date of the robbery that occurred on 7/11/2017.

Based on the totality of the circumstances of the two robberies and confirmation that Timothy Williams was in the area of both robberies when they occurred, along with Williams matching the description of the suspect and his knowledge of McDonald’s procedures, and witness statements, detectives had probable cause to arrest and charge Williams with both robberies. On July 19, 2017, PCSO detectives observed Williams, who has a suspended license, driving to his home in Davenport. They conducted a traffic stop and took Williams into custody without incident, for DWLSR and VOP (original charge – petit theft). He was booked into the Polk County Jail and additionally charged with the robberies and assaults.

Timothy Williams has a previous criminal history to include: failure to appear, felony petit theft, DWLSR, VOP, petit theft, out of county warrant, and fraudulent use of a credit card.

Williams was booked into the Polk County Jail on the aforementioned charges and is being held on no bond. 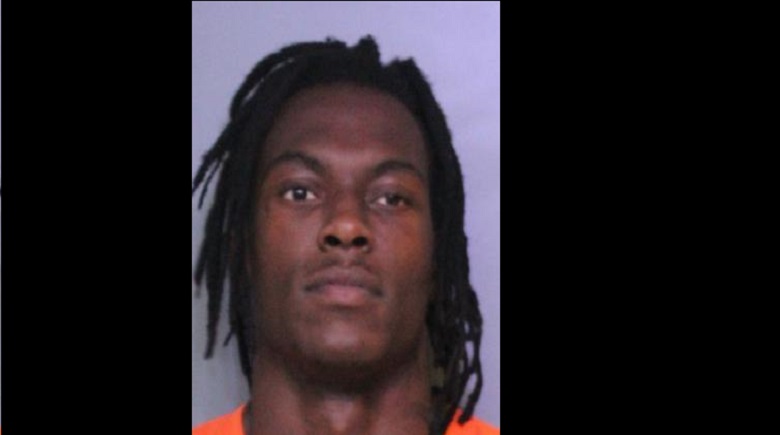 Check back for updates about this arrest.