43-year-old Thomas Griffin of Lake Wales was arrested by PCSO deputies this morning, June 22, 2017, after he had an altercation with a 17-year-old boy, concerning Griffin’s daughter. 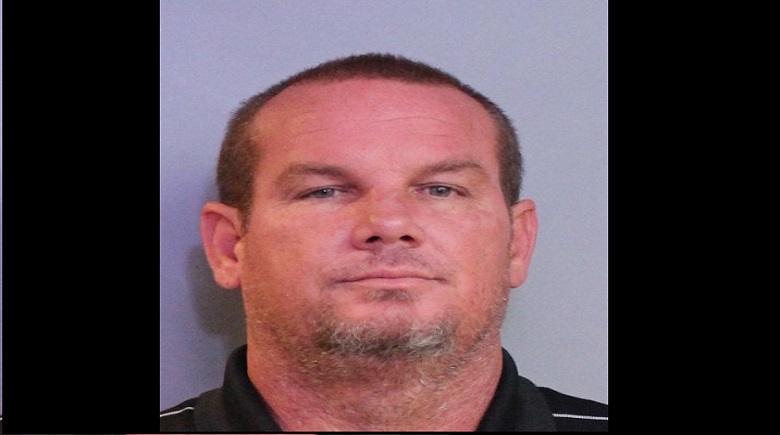 Thomas Griffin is a teacher at Lake Region High School in Winter Haven.

On 06-22-2017 the suspect, Thomas Griffin, discovered that his daughter was not inside of his residence, therefore he checked the GPS location of her cellphone to discover she was in the area of a mobile home park on North Scenic Hwy in Lake Wales. The suspect recognized this location as an area where he had dropped her off to visit with friends a few weeks prior, therefore he responded to the same location to find his daughter. Upon arrival at the residence the suspect damaged the front porch gate, breaking all three hinges, preventing the gate from being opened, closed, secured, or to function as it is designed to do.

Deputies located Griffin later that morning, and booked him into the Polk County Jail for one count burglary with assault (F-1) and one count criminal mischief (M-2).