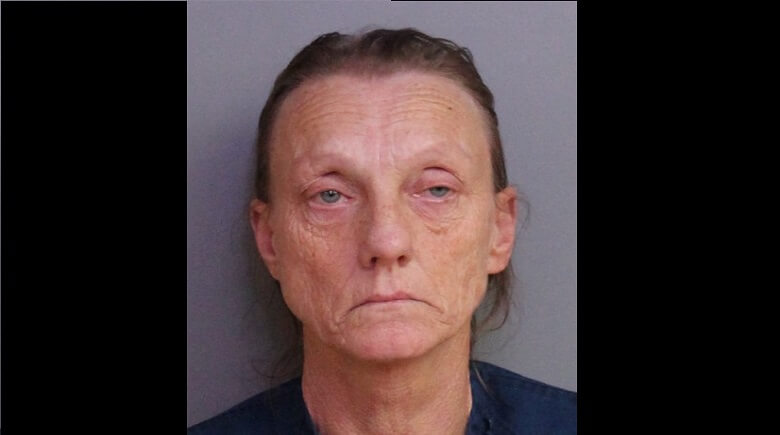 Southerland drove around to the back of the church on May 14th and on June 3rd, took bags of donated clothing from the donation box, and loaded them into her white Ford Taurus.

When the church discovered the thefts and contacted PCSO, detectives watched the two videos, and ran the partial handicapped tag number seen in the video. With that information they were able to positively identify Southerland, who subsequently confessed to stealing the items. She told detectives she couldn’t afford to buy clothing.

She was booked into the Polk County Jail where she is being held on $1,500 bond.

Her criminal history includes arrests in the 1980s and 1990s for meth and marijuana.

“Ms. Southerland could have simply asked the church for some clothes, if she wasn’t able to afford any. That’s why people donate to churches – to help those who are less fortunate.” Grady Judd, Sheriff