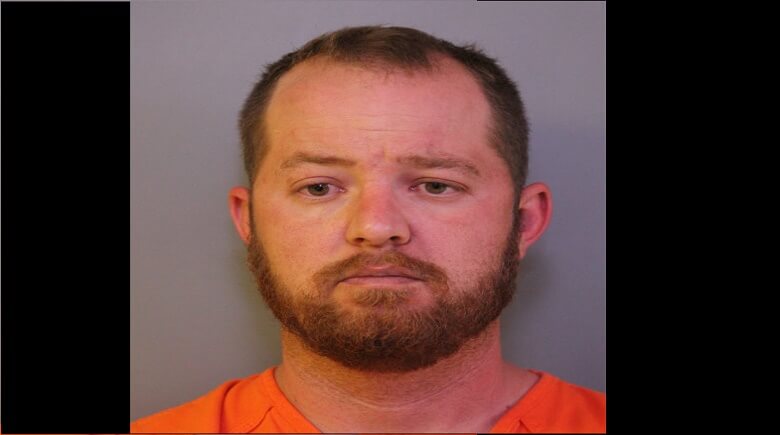 On Tuesday, May 2, 2017, deputies arrested 27-year-old Joseph Hicks of Lakeland, who works for the Osceola County Corrections Department, for one count battery on a law enforcement officer (F3), and one count resisting officer without violence (M1).

According to the affidavit, around 7:30 p.m., deputies responded to Duff Field at Hunt Fountain Park (2020 Duff Road, Lakeland) in reference to a drunk and disorderly person. When deputies arrived, they witnessed Hicks acting belligerently towards the players, coaches, and other parents while he was attending his daughter’s soccer practice.

Hicks was had a strong odor of an alcoholic beverage on his breath and he displayed the usual signs of intoxication with slurred speech and unsteadiness, and had been asked to leave the park several times. Mr. Hicks’ wife, Rebecca Hicks, was present and begged her husband to get in her vehicle so that they could leave. While deputies were trying to calm him down, Hicks displayed his corrections badge from Osceola County Department of Corrections. Mr. Hicks was told by deputies several times that he needed to calm down and leave.

While Mr. Hicks was in custody he continued yelling at deputies and was uncooperative.

“Mr. Hicks’ behavior was embarrassing. He was publicly drunk, disrespectful of others, including the deputies who were just trying to get him to leave, belligerent, and he ruined what should have been a fun and healthy family experience for others. Mr. Hicks will be trespassed from this park to prevent this from happening in the future.” Grady Judd, Sheriff

Hicks was taken into custody on the aforementioned charges, and booked into the Polk County Jail being held on no bond until a first appearance hearing this afternoon.

Any questions regarding Hicks’ employment should be directed to Osceola County Corrections Office.