Share
Facebook
Twitter
Written by Sergeant Bruce Yoxall:
“Officers responded to a call on Suset Drive in Lake Wales in reference to the reportee (Susan Craig) stating she heard a male screaming for help in the area. Upon officers arrival they located a 69 year old male (Ronald Stokes) in Lake Wailes Lake yelling for help. Officer Waldron, without concern for his own safety, took his police equipment off and headed into the water to help. By this time the only thing out of the water was Mr. Stokes’ head. Officer Waldron reached Mr. Stokes and discovered he was tangled in the lilies and could not get free. Officer Waldron cut away the lilies with his knife, freed Mr. Stokes, and dragged him to shore. It was learned that Mr. Stokes was in the lake since fishing since 11pm the night before in his kayak. The kayak tipped over and Mr. Stokes got caught in the lilies. Once on shore Mr. Stokes was asked how long he was capsized and hung up. He replied, about an hour. Mr. Stokes was transported to the hospital by Polk County EMS. Officer Waldron did an outstanding job saving this man’s life. GREAT JOB OFFICER WALDRON YOU ARE A TRUE HERO AND I’M PROUD TO BE WORKING WITH YOU.”
“Susan Craig is a hero in this event as well. Without Susan hearing Mr. Stokes yelling for help and her calling the police, the outcome of Mr. Stokes’ fishing trip may have ended very differently.” – Schulze
It is not indicated in the report but I was told Mr. Stokes was approximately 50 – 75 feet from the shoreline and the water was too deep for him to touch the lake bottom.
Sergeant Yoxall’s comments will become part of Officer Waldron’s personnel file. 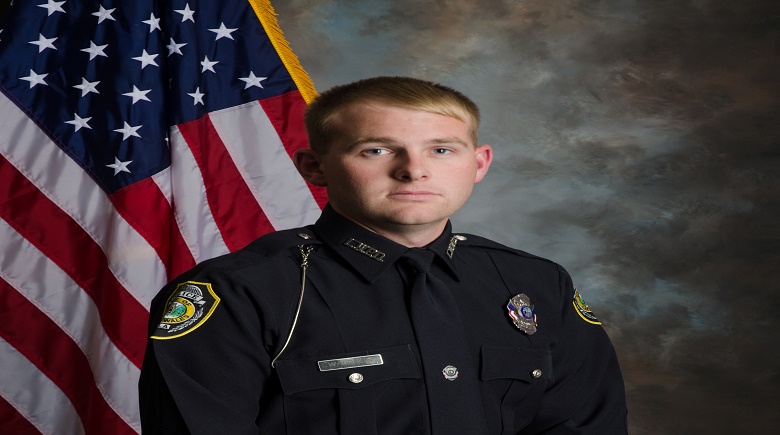