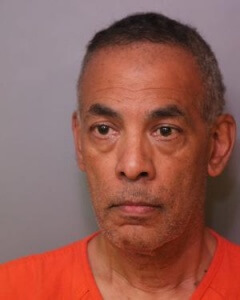 A Winter Haven man has been arrested on multiple felony charges for sexting minors and sexual battery on a minor.
Winter Haven Police detectives began investigating 62 year-old Ezekial Ortiz (DOB 7-4-54) of Winter Haven after information was received that he was possibly sexting girls ages 16 or younger and having inappropriate contact with them as well. All of the victims are acquainted with Ortiz through other members of his family.
On 9-22-16, detectives were notified that there were concerns of inappropriate activity via cell phone between a 16 year-old female and Ortiz. An initial interview with the victim uncovered that in August 2016, she didn’t have a cell phone, so Ortiz provided her with one. The victim considered the phone a nice gesture from Ortiz with no further intentions. Ortiz immediately began sending text messages to the victim. Over time, the messages became more frequent and turned sexual in nature. Eventually Ortiz requested the victim send him nude photos of herself. The victim stated she complied, although she was uncomfortable doing so, because she felt obligated to Ortiz since he gave her the phone. He had also purchased other personal items for her, such as shoes. After the victim sent the first photo, Ortiz continued to send text messages to the victim asking for more photos. The victim started ignoring the text messages and ultimately returned the phone in early September 2016.

A KIK account was also utilized to send explicit messages to the victim even after the phone had been returned to Ortiz. The messages continued to get more and more graphic and Ortiz asked for more photos and requested specific nude poses of the victim.

During the initial investigation, a second victim was identified and interviewed. The second victim told detectives that Ortiz began sending her messages of a sexual nature at the age of 16, which ended up with sexual contact on at least five occasions at Ortiz’s residence.

Additional investigations have revealed multiple victims who Ortiz contacted through cell phone text messages and his KIK account. These investigations have found that at least seven girls under the age of 17 have been victimized by Ortiz. One victim states the contact began three years ago while she was 13 years old. The sexting progressed to physical sexual contact on multiple occasions at his residence.
Ortiz was taken into custody on Oct. 6, 2016 and booked into the Polk County Jail on charges of Sexual Battery of Victim Under Age 18 and Over age 12 (F1), Promoting Sexual Performance By A Child (F2) and two counts each of Using Computer to Seduce/Solicit Lure Child (F3) and Use 2-Way Communication Device to Commit Felony (F3).
Additional charges are pending as detectives continue to interview other possible victims.
Anyone who is possibly a victim of Ortiz and has not contacted law enforcement is encouraged to call Detective Charles Blanton at 863-401-2256.