Girlfriend of probationer calls in a bomb threat to the Office of Probation and Parole in Winter Haven in an attempt to keep her boyfriend from submitting to a urinalysis. 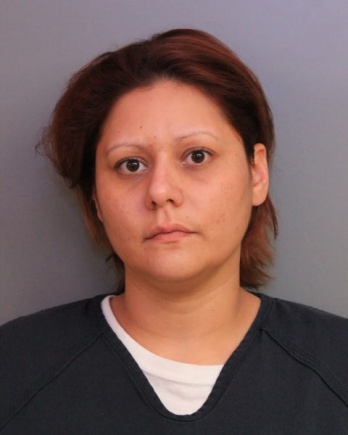 A Lake Wales woman is facing felony charges after she called in a report that a bomb was at the Probation and Parole building in Winter Haven – all in an attempt to keep her boyfriend from having to submit to a urinalysis.
On 9-13-16 at approximately 2:42 p.m., a caller dialed 9-1-1 stating there was a man in front of the Probation and Parole building located at 1289 1st St. South in Winter Haven and was going to blow the building up. The call then disconnected when the dispatcher questioned the caller. Attempts to call the number back were met with negative results.
Officers immediately started the process of finding the origin of the call. It was determined that the cell phone number belonged to 31 year-old Deniz Martinez (DOB 9-3-85, 9205 Carillon Place, Lake Wales). Upon further investigation, detectives learned that Martinez transported her boyfriend, 38 year-old Jason Drake (DOB 1-30-78, 9205 Carillon Place, Lake Wales) to the probation office at 8:30 a.m. for a scheduled urinalysis. Drake was unable to provide the urine sample, therefore he had to stay in the building until he could provide a sufficient sample. Six hours later was when the 9-1-1 call was made. Officers determined the call to 9-1-1 was a hoax and stayed with Drake while additional resources were utilized to locate Martinez.
Shortly after, Martinez was located at her apartment in Lake Wales and she admitted that she called in the bomb threat so her boyfriend would get out of his urinalysis.  She was charged with one count of Filing A False Report Concerning Planting a Bomb (F2). Drake ultimately was arrested for Violation of Probation since he didn’t produce the required urinalysis. The investigation into Drake’s role in the bomb threat is ongoing and possible charges could be filed in the future.