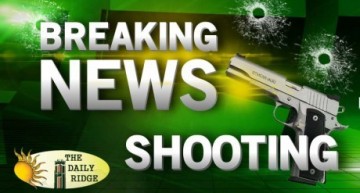 Winter Haven , Florida – On 5-22-16 at approximately 2:30 a.m., Winter Haven Police were called to the Winter Haven Hospital in reference to a patient who was being treated for a gunshot wound. The patient was being prepared to be transferred to a Tampa area hospital. His condition at the time of this release is serious, but non life-threatening.

According to preliminary reports there was a block party occurring in the 1000 block of 6th St NE in Winter Haven. A large group had gathered in the area when the victim was reportedly involved in an altercation. As the victim attempted to enter the passenger side of a vehicle being driven by a friend, shots were fired by an unknown suspect in the crowd. The victim was struck and immediately driven from the area to the Winter Haven Hospital Emergency Room.

The victim was ultimately transferred to a Tampa area hospital for further treatment. At the time of this release, the victim is being treated for serious, but non life-threatening injuries.

Anyone who has information regarding the shooting is asked to call Heartland Crime Stoppers at 1-800-226-TIPS (8477). Callers can remain anonymous and could be eligible for a CASH reward of up to $3,000.