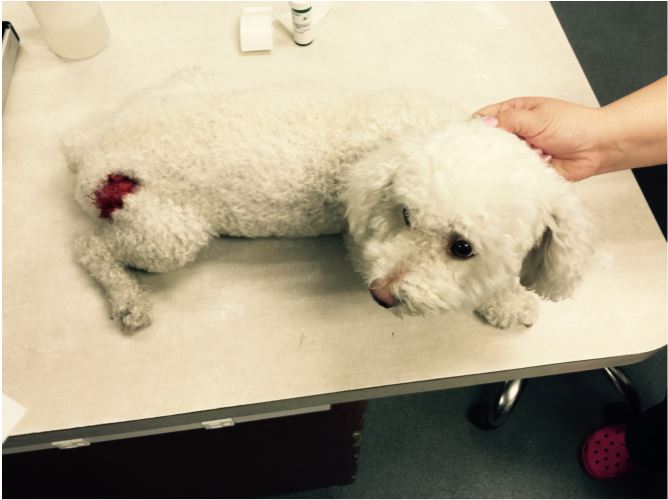 Lake Wales, Florida – According to the Lake Wales Police Department 71-year-old Jackie Hammack who was naked at the time, ordered dogs to attack his neighbor & his poodle.  He accused the neighbor of being a “Muslim terrorist.”

The neighbor Azard Baksh, was threatened approximatly two weeks ago by Hammrick. According to reports he was called a Muslim terrorist and threatening to release his five dogs to attack him.

On Monday, police say Baksh was walking his small-breed poodle along Highland Crest Loop across from Hammack’s house when Hammack followed through on his threats and released his dogs, the larger of which were described as mixed-breed dogs that weigh about 60-70 pounds each.
Two of Hammack’s dogs attacked Baksh’s 18-pound poodle, and police say Hammock made no effort to control them. Hammack’s wife then left the house and called the dog back into their home, police say.

This continued to happen two more times while Hammack stood totally naked flashing his genitals not only to Baksh, but also other neighbors.

Police arrived & arrested Hammack. He admitted to commanding his dogs to attack Baksh & his dog, but advised he wasn’t naked. Hammack was taken into custody on charges of indecent exposure in public, aggravated assault with a deadly weapon without intent to kill, and felony cruelty to an animal.

Baksh dog was taken to a veterinarian for a laceration & possible internal injuries.