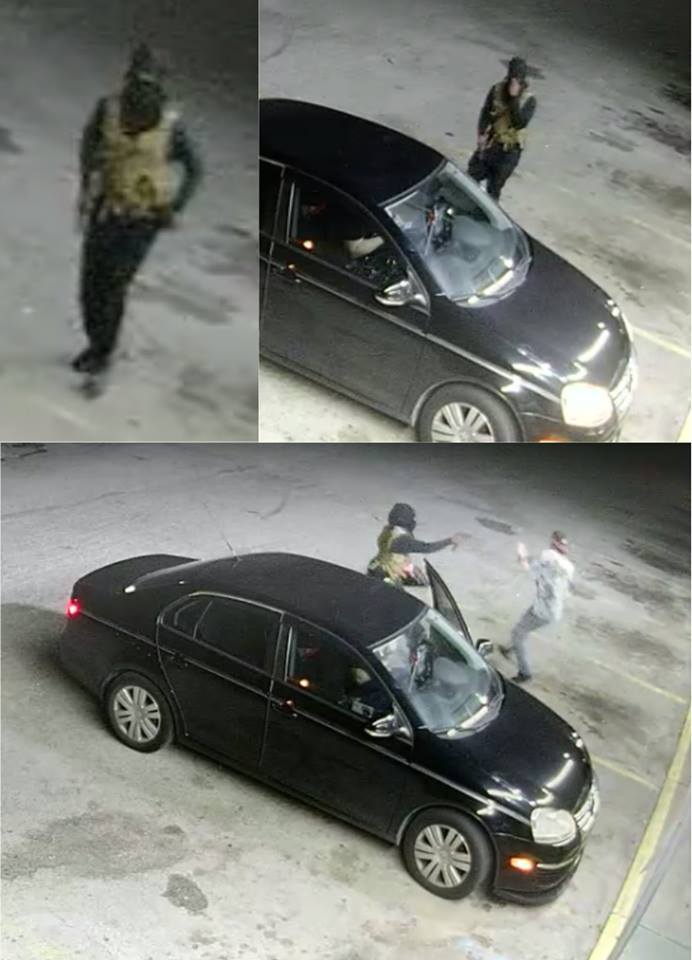 The female victim and her child had parked in the parking lot and was waiting for her boyfriend to get off work. While parked, a light skin male, approximately 5’6” to 5’10” tall, and weighing 140- 160 pounds, wearing a black long sleeve shirt, black pants, a black mask, a tan work vest, and armed with a black semi-automatic handgun approached her window.

The victim’s boyfriend exited the store and approached the suspect who, in turn pointed the gun at the male victim. The suspect then fled the area, running south toward Avenue S NW.

Anyone with information about this investigation is urged to contact Detective K. Smith at 863.298.6200.

ANYONE WITH INFORMATION WHO WANTS TO REMAIN ANONYMOUS AND BE ELIGIBLE FOR A CASH REWARD IS ASKED TO CALL HEARTLAND CRIME STOPPERS AT 1-800-226-TIPS or LOG ONTO www.heartlandcrimestoppers.com.ANONYMITY IS GUARANTEED!