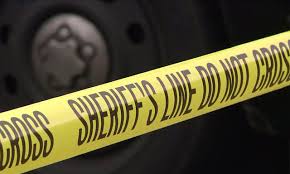 Auburndale, Florida – According to the Polk County Sheriff’s Office the special weapons and tactics unit was called out to Auburndale this morning.  The early morning incident,  involve a barricaded man. Sheriff’s spokesperson,  Carrie Hortsman,  advised that they received  the call at 4:20am  by a neighbor to respond to 218 Dorothy St., Auburndale  reference a fight between multiple  people at that address. Deputies arrived nobody would come out. One by one, 5 people came out. One person inside would not come out & we were told he had a handgun. S.W.A.T. was called out to the scene. The surrounding homes were evacuated. After many attempts to persuade the suspect to surrender the S.W.A.T unit breached. Tear gas was deployed. K9 units and S.W.A.T made entry. The suspect was apprehended by K9  around 9:50am. Suspect has been taken to hosp to be treated for bite wounds. He will then be transported to Polk County jail. The suspect name has not been released at this time.