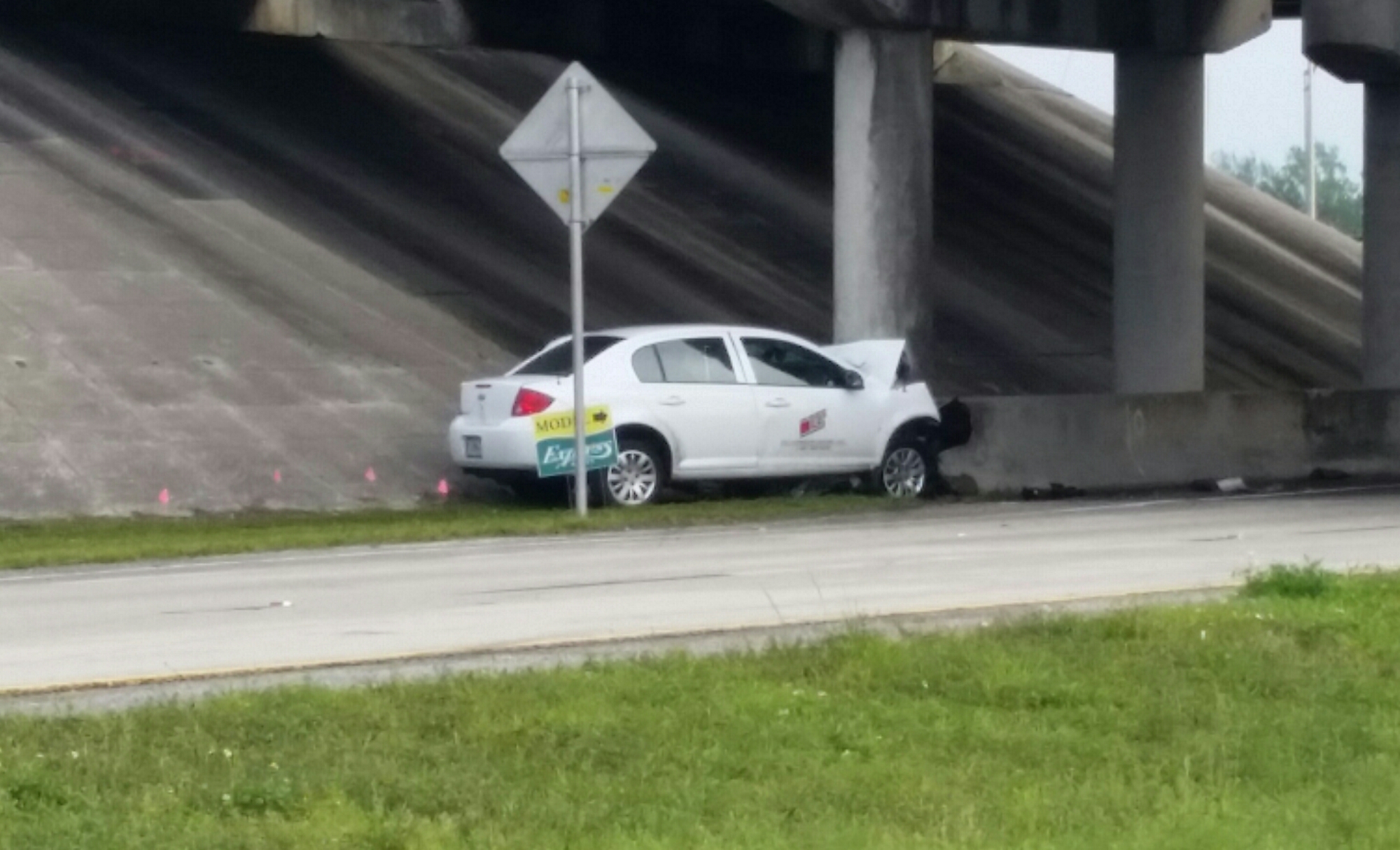 Man in Critical Condition from a Single Vehicle Crash

On April 15, 2016 at 5:53am Dale May, a 55 year old of 3331 Harbor Beach Dr. Lake Wales, was involved in a serious single vehicle traffic crash. The crash occurred on HWY27 at the SR60 overpass. May was transported to Lakeland Regional Medical Center where he was admitted in critical condition. May was unable to recover from his injuries and died on April 19, 2016 at 3:40pm. Our thoughts and prayers are with May’s family during this difficult time.

Man in Critical Condition from a Single Vehicle Crash

On April 15, 2016 at 5:53am members of the Lake Wales Police Department were dispatched to a traffic crash on HWY27 at SR60. Upon arrival officers discovered the crash involved only one vehicle which collided with the concrete barrier under the overpass of SR60. The investigation revealed Dale May, a 55 year old of Lake Wales, was traveling northbound on HWY27 in a white 2009 Chevrolet Cobalt. For an unknown reason May drove into the median of HWY27 and continued northbound. While traveling in the median he hit two traffic control signs and then crossed over the southbound lanes of HWY27. May’s vehicle crashed into a concrete barrier under the SR60 overpass. May’s vehicle came to rest after impacting the barrier in the southbound lanes of HWY27. The overpass was not damaged due to the barrier stopping May’s vehicle.

May suffered critical injuries from the crash and was transported to Lakeland Regional Hospital for treatment. The vehicle May was driving sustained major damage and no other vehicles were involved. Traffic was affected for several hours while the investigation was conducted and the vehicle was removed from the crash scene. At this point impairment is not suspected, no charges have been filed, and the investigation in ongoing. Anyone who witnessed this crash is asked to contact Detective David Hernandez at (863) 678-4223 extension 264.

Lake Wales, Florida – An accident Friday
morning caused major road closures and detouring of traffic in Lake Wales. According to the Lake Wales Police Department a male victim was seriously injured when the vehicle he was operating crashed into the underpass of Hwy 27 & S.R. 60. The crash closed all southbound lanes of Hwy 27 and the southbound exit to Hwy 27 from S.R. 60 for several hours. Currently the roadway is open going in both directions on Hwy 27, but is limited to one lane.

According to LWPD spokesperson, Lt. David Black, the victim is Dale Richard May and he was transported to Lakeland Regional Health. The accident is under investigation. We will update when more information is available.