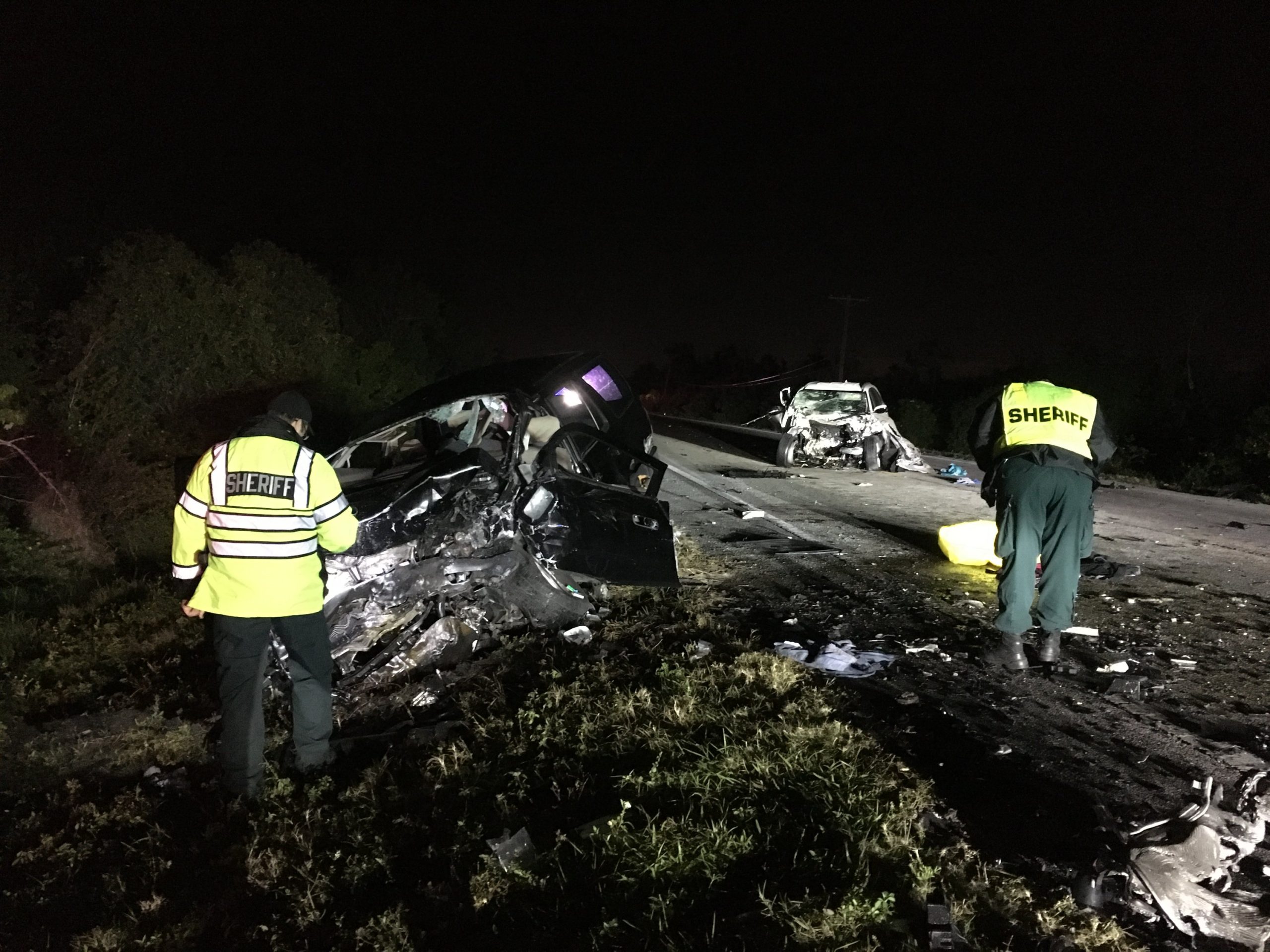 Upon arrival Keith E. Mitchell ,59 years old, was found to have been ejected and was deceased at the scene. Humberto E. Lucero, was found to have non-life threatening injuries and was transported to a local hospital by ground Ambulance. Alexayra Morales, suffered life-threatening injuries and was flown to a local hospital as a trauma alert. Two child passengers, Luz Benitez Morales, 13 years old, and Yaliz Benitez Morales, 9 years old, were flown to a hospital in Orlando as trauma alerts. Yaliz was declared deceased shortly after arrival at the hospital. Luz’s injuries were determined to be non-life threatening after evaluation.

US 17/92 in the area of the crash is a north/south two-lane highway with a 50 mph speed limit. It travels through a rural area between the cities of Haines City and Davenport and is bordered by woodlands on both sides. US 17/92 has grass shoulders that taper steeply into drainage ditches on both sides. It was dark at the time of the crash and there is no external illumination in the area.

Evidence and witness statements indicate that a 2015, blue Ford Escape, was being driven by Humberto Lucero northbound on US 17/92 approximately ¼ mile north of Bates Road. A 1998, Black Toyota 4Runner, was being driven by Alexayra Morales southbound on US 17/92 in the same area. As the Ford Escape was travelling northbound, a 2016, White Kia Sorrento, driven by Keith E. Mitchell, approached it from behind at a high rate of speed. The front of the Kia Sorrento struck the rear of the Ford Escape causing both drivers to lose control of their vehicles. The Ford Escape continued north approximately 150 yards, crossed the southbound lane of travel, and came to final rest on the west shoulder of the roadway, facing northwest. The Kia Sorrento crossed over into the southbound lane of travel and struck the front of the Toyota 4Runner in an angled head on collision. Upon impact, both vehicles sustained significant front-end damage. The Kia Sorrento’s front end was torn away and it spun 180 degrees counter-clockwise, coming to rest in the middle of the roadway, facing southwest. Mr. Mitchell was ejected from his vehicle through during the crash—he sustained fatal injuries as a result of the crash.

No criminal charges are anticipated; Mr. Mitchell is believed to be the violator vehicle—the investigation is ongoing.

US 17/92 was closed in both directions due to the response and rescue operation, along with the extensive post-crash clean up and recovery.