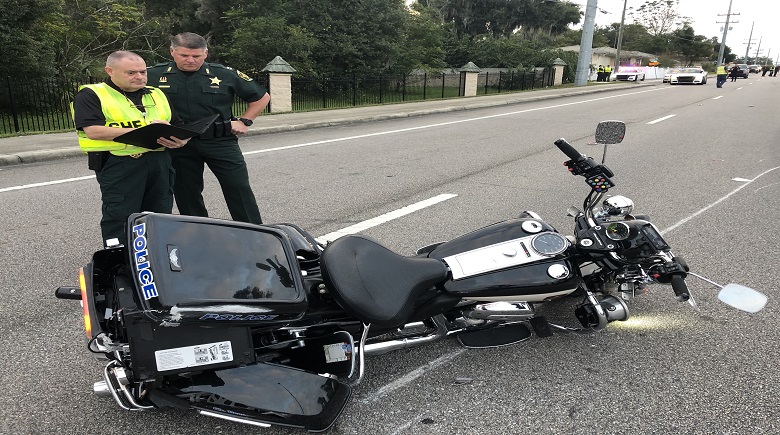 Officer Dunn was transported to the hospital and declared deceased at 6:53 a.m. this morning at Lakeland Regional Health Medical Center.

The Polk County Sheriff’s Office is conducting a fatal crash investigation at this time, as it occurred in the unincorporated area of Lakeland.  It is unknown at this time if another vehicle is involved.