Pedestrian struck and killed near Lake Wales; PCSO trying to identify the victim 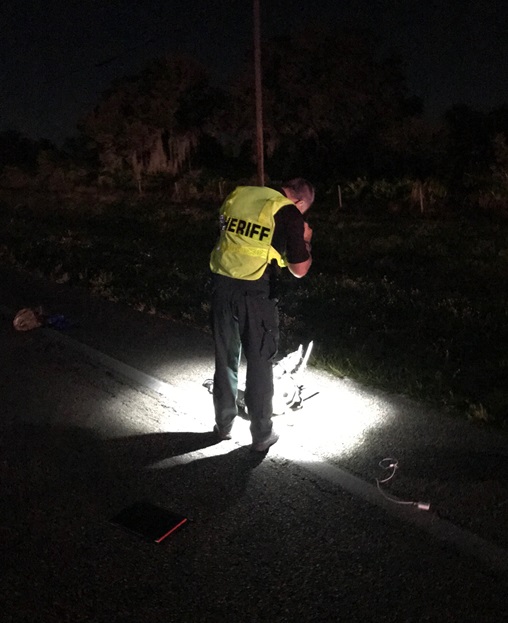 Deputies from the Polk County Sheriff’s Office responded to a fatal crash near Lake Wales Monday evening, November 11, 2019, and investigators are still working to identify the victim. The Emergency Communications Center (ECC) received a 911 call at about 6:45 p.m. that reported a pedestrian had been struck by a pickup truck on State Road 60, about a mile east of Sam Keene Road.
Deputies found the pedestrian deceased on arrival.
The driver of the vehicle who struck the pedestrian was identified as 50-year-old Sheri Harkins of Indian Lake Estates. She had been driving a gray 2014 Dodge Outdoorsman pickup truck.
According to the preliminary investigation, Harkins was travelling east on State Road 60 and changing  from the inside to outside lane at the time of the impact with the victim, who was walking eastbound on the white line (fog line).
Harkins remained at the scene and was fully cooperative with the investigation. At this point in the investigation, impairment, excessive speed, nor distraction are not suspected on her part, but is still being investigated.
The pedestrian was wearing dark clothing while walking on an unlit roadway after dark.
The roadway was closed for six hours, and the investigation remains under investigation. Attempts to identify the man will continue.
November 13, 2019