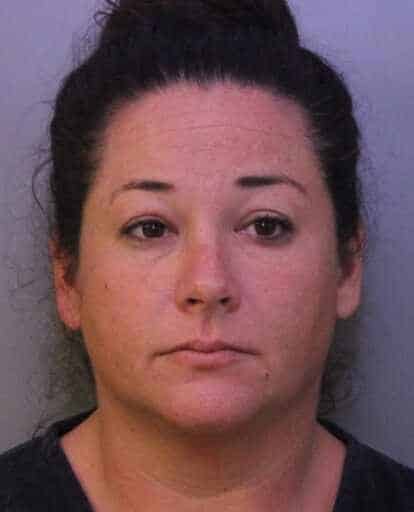 The Polk County Sheriff’s Office arrested a Plant City woman following a fatal crash of a side-by-side UTV (Utility Task Vehicle) Saturday evening, October 26, 2019, on the property of River Ranch Resort, near Lake Wales. The 911 call about the overturned UTV was received at about 8:05 p.m.
When deputies arrived, they found 46-year-old Anthony Kunz of Plant City, deceased.
Kunz was a passenger in a Honda 700 Pioneer 2-seat side-by-side UTV, which was driven by 39-year-old Sara Schibler of Plant City. Schibler was not injured by the crash.
According to the preliminary crash investigation, the UTV had been travelling on a sandy trail in a wooded area, when the UTV went off the trail and struck a fence. The UTV overturned and Kunz was ejected. The UTV came to a rest on top of the Kunz’s chest.
Schibler told deputies that she tried to pull Kunz out from under the UTV, but was unsuccessful.
Deputies determined Schibler had been driving impaired. She was arrested and transported to the Polk County Jail, and charged with DUI Causing Death (F-2).  The investigation is ongoing.
October 28, 2019