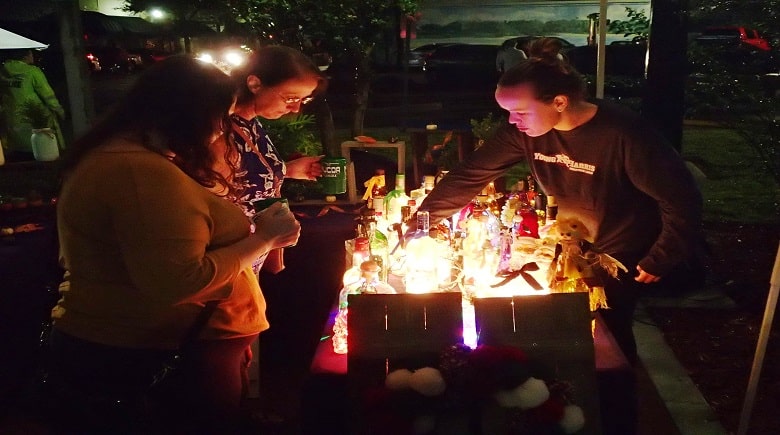 Friday evening may have been pouring rain, but that didn’t stop people from pouring pints of beer in Downtown Lake Wales for the inaugural Main Street Oktoberfest.

The inaugural event drew in several hundred people to Market Square in Downtown where they could drink beer, eat brats, and peruse the merchandise of several local vendors. 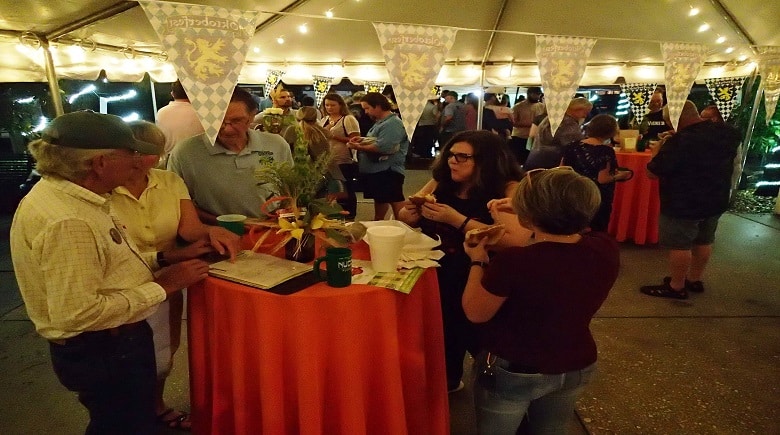 The Lake Wales Police Department brought along a large grill to cook bratwurst, hot dogs, and sauerkraut, serving meals with chips and drinks to raise proceeds for their many charitable efforts.

Less than a dozen local vendors set up shop within the town square to showcase and offer their wares, ranging from organic honey, homemade body soaps, and fresh produce. 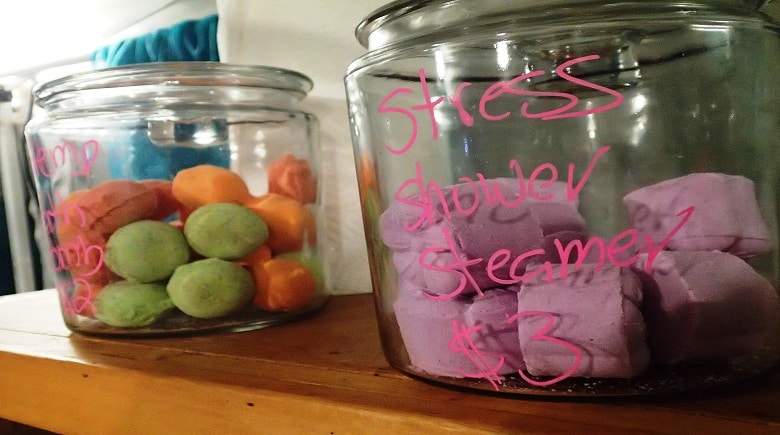 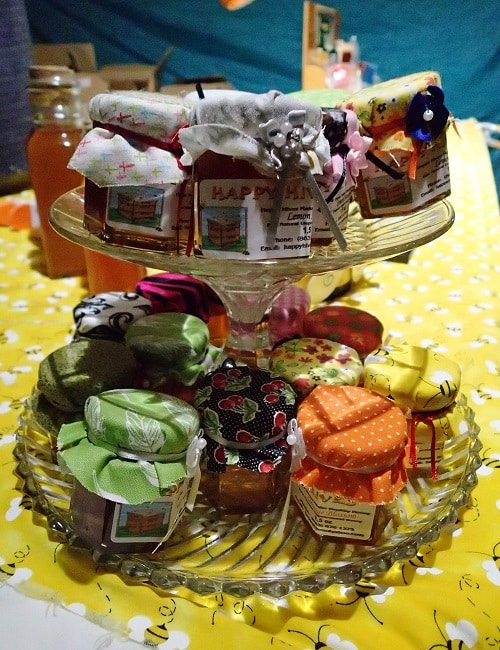 A local band was scheduled to provide live musical entertainment, but were unable to play due to the rain that evening.

While the weather may have included a torrential downpour earlier that evening, the rain did not stop attendees from gathering that evening for good old-fashioned Oktoberfest fun downtown.

More than 3,000 people had expressed their interest in the inaugural event on its Facebook page, explained Karen Thompson, President of Main Street Lake Wales.

“Even with the rain we had a great turnout,” she said. “Aside from the rain, we are ecstatic. [It’s all about] getting everybody together in Downtown, the heart of the community.”

When asked how the event can improve next year, Thompson simply replied, “It cannot rain in the future.”

And when asked about potentially hosting an event in an enclosed venue like the Eagle Ridge Mall as to protect against inclement weather, she also replied: “Absolutely not, because the whole point is to get people downtown. It is going well, and we hope to do it again this year.” 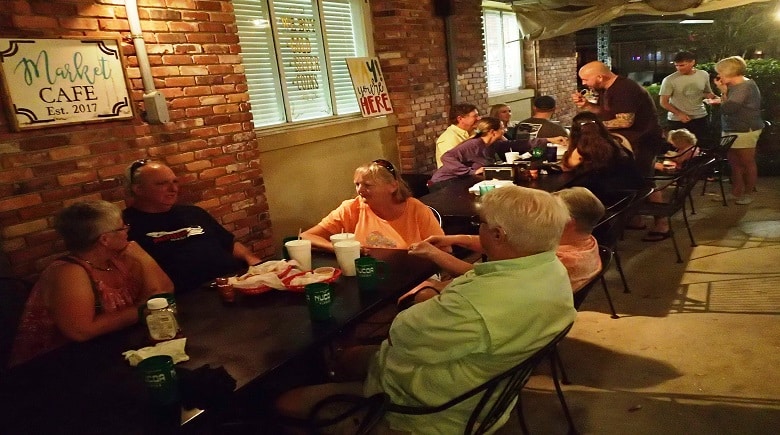 The Lake Wales Police Department attended that evening to grill the bratwurst and hot dogs. The proceeds from their meals would go towards their Police Officer Association to help fund their annual Shop With A Cop, which allows local children to go Christmas Shopping with members of the police department.

“[We’re] just trying to be part of the community,” said Chief Chris Velasquez. “Main Street wanted us to partner with us and be involved, and we were happy to participate and be asked…Anything the city is doing, anything that will help downtown Lake Wales, to become more proactive, we are in 110 percent.” 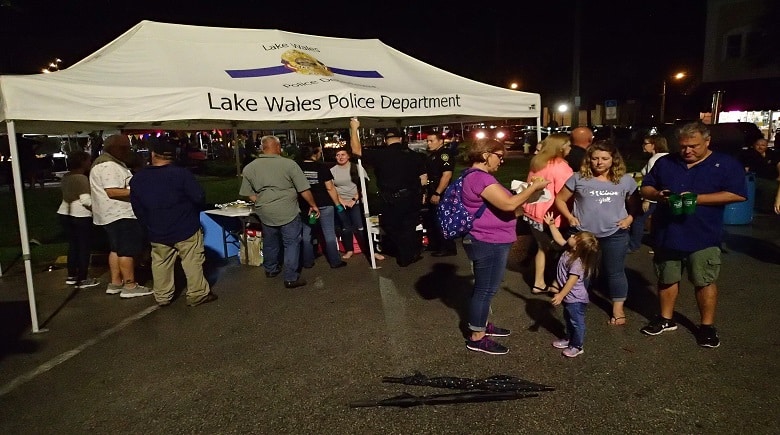 “They told us how much they like our community and how different it is here with a hometown feeling, and it is really neat,” he said.