Kyle Carlton, Vice Chairman and Supervisor, plays a huge role in the educational aspects of the Polk Soil and Water Conservation District.

“The Polk Soil and Water Conservation District is an elected panel that supervises a technician who helps implement Best Management Practices within our district. We also promote soil and water conservation and education,” Carlton said. “My primary agenda is to promote the educational aspects to our county’s young people through the land judging career development event and the speech and poster contests.”

This year, the speech contest topic was: “Where would we BEE without Pollinators?” 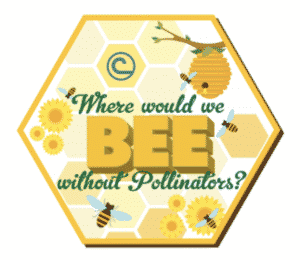 Eligible contestants were school students ranging from sixth grade to 12thgrade from public schools and private schools, along with parochial and home schoolers.

Carlton stated that this year’s contest included four-five speakers and a large amount of poster submissions. There were so many submissions that it took judges a full day to evaluate each of the 40+ that were submitted.

“An impartial panel of very qualified individuals selected the winners based on the rubric provided by the NRCS [Natural Resources Conservation Service],” Carlton said.

There were four winners:

Kennedie Fisher received the 1stplace award, along with $500.

With the contest directed at school-aged students, it allows the opportunity for younger generations to involve themselves with learning and sharing knowledge on the conservation of natural resources.

Joe Garrison,Chairman of the Polk Soil and Water Conservation District feels it is important for younger generations to know agriculture.

“It is important the youth knows the value of agriculture and maybe become better farmers,” Garrison said. “We need the next generation to step up because if it were not for farmers, no one would be able to eat. Our youth is the most important.”