Sean Greear, owner of Art and Framing in Winter Haven, recently became the new president of Main Street Winter Haven. When not running his business, he has been checking out the best of Downtown Winter Haven.

“My involvement is being an ambassador to Winter Haven and Main Street, promoting the welfare of our city downtown and to promote people to see what downtown has to offer,” he said.

“I think Winter Haven is growing at a great pace,” he continued. “Every time we have an event, they are growing bigger and bigger, so we need to keep the ship sailing straight.”

One way he has been doing that has been to attend Downtown Winter Haven event such as Bourbons And Blues at the Gram Parsons Derry Down on Friday evening. 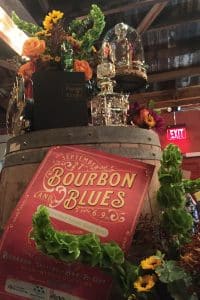 Greear has been attending the event for the past two years. He loves the community involvement, especially when it comes to the music, barbecue, and bourbon served there. There’s nothing he loves more than enjoying sweet tunes with sweet barbecue and sweeter bourbon. 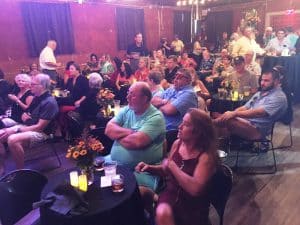 “When you have Les Dudek playing and Ricks Barbecue, I think it is phenomenal,” he said. “Plus you have good bourbon. How do you go wrong with that?”

For the past three years, Main Street Winter Haven has been hosting its annual Bourbon And Blues as a fundraiser for the Gram Parsons Derry Down, a historic musical venue located in Downtown Winter Haven. 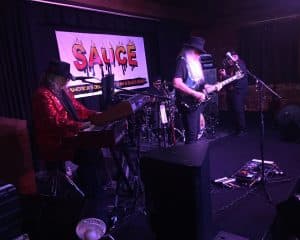 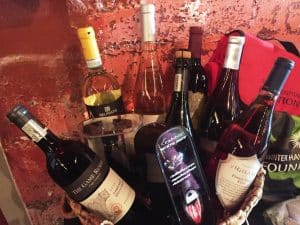 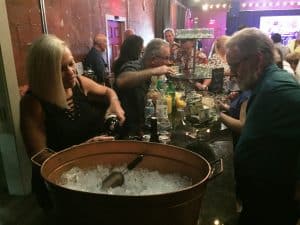 Each and every year sees the event grow bigger and better. This year was no exception, as the event sold out to full capacity within the first hour, explained Anita Strang, Main Street Executive Director.

“This year, Bourbon and Blues have exceeded expectations,” he said. “It is at full capacity as far as attendance, and everyone is having a good time with good food….The success is getting the word out about the event. And I think we provided a quality event each year where people want to come back. We will continue to grow this event.” 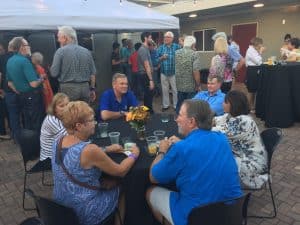 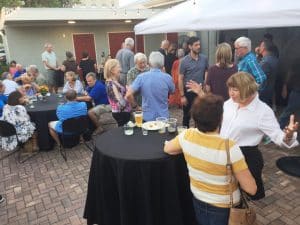 Built in the 1960s, the Derry Downs was created by the grandfather of Gram Parsons, a country music star famous for popularizing “Cosmic American Music”, as a way to allow the then teenage musician an opportunity to perform his music.

The historic building has since undergone renovations within the past three years, and has served as a musical venue dedicated to the honor and memory of the late musician who once performed there.

Bourbon and Blues serves as an annual fundraiser for the venue, helping to raise money to further renovate and refurbish the historic building. The event is attended by more and more people each year, many coming from as far away as Orlando and Tampa, explained Bailey McDaniel, Main Street Assistant Director.

“It is packed and we only heard good things with the food and music,” she said. “This year, we are most excited about the music…it has grown and we are so thankful to have been able to put together so we can keep bringing people music.”