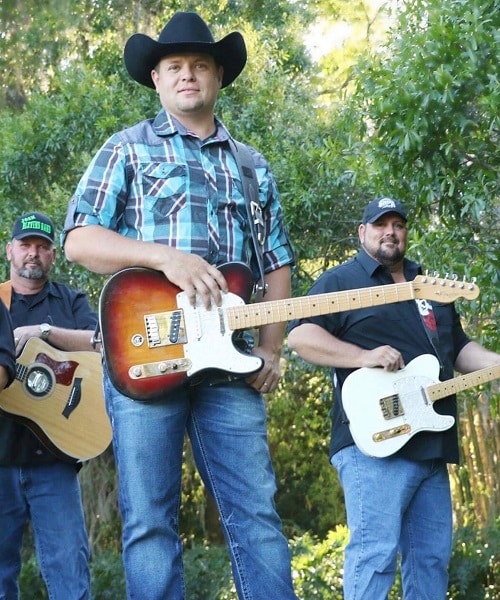 The Josh Blevins Band has played all over Polk County and even in Highlands County. The band leader loves not only being able to play for countless people across the county, but also being able to get to know them personally. To him, it’s all about the people.

“You meet new people…just different places with different people,” he said. “You play one time, you see them at Walmart, when they recognize you, makes it feel like you should know them because you met them.” 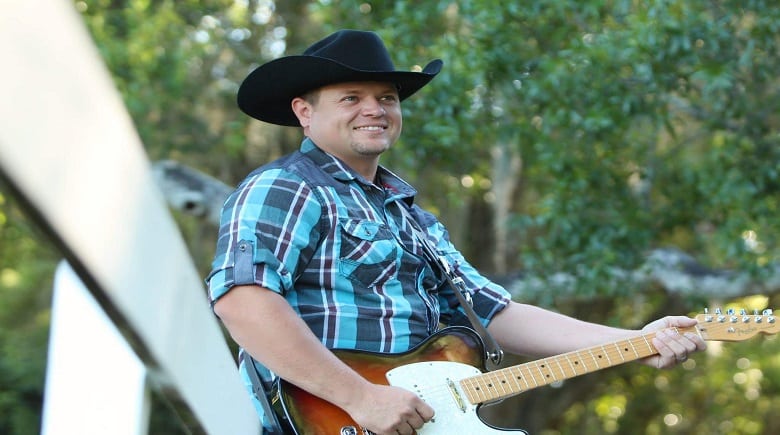 Born to the son of a pastor, Blevins grew up in the church in West Virginia. There he sung gospel and learned how to play instruments such as drums, keyboard, and guitar.

His family moved to Davenport when he was around 18 years old. He had previously met his wife, Dusty, in Ohio and married her. Their relationship would prove to be the stepping stone towards his musical career.

One night, he and his wife visited Cherry Pocket in Lake Wales. It was karaoke night, and his wife asked him to sing a Garth Brooks song for her. Josh was shy and reluctant at first, but he took to the stage and sang “Tomorrow Never Comes.”

“People went crazy,” he said. “They said sing another. So that is where it started for me…You can never forget where you come from.”

He was blushing bright red and staring down at the floor, and yet people cheered for the bashful 19-year-old singing Garth Brooks. That moment, initially embarrassing as it was, helped open him up and inspire him to consider performing for a living.

One week later, he met his first guitarist, Brandon Mewell. The two performed a gig together, and they received a similar response he initially received playing karaoke. The rest, they say, is history.

His bandmates include Bill Masters (lead guitarist), Jeff King (acoustic guitarist), Flor Gonzales (bass player), and Danny Richards (drummer). His most valuable member of the band, of course, is his wife, Dusty, who books all of their shows. 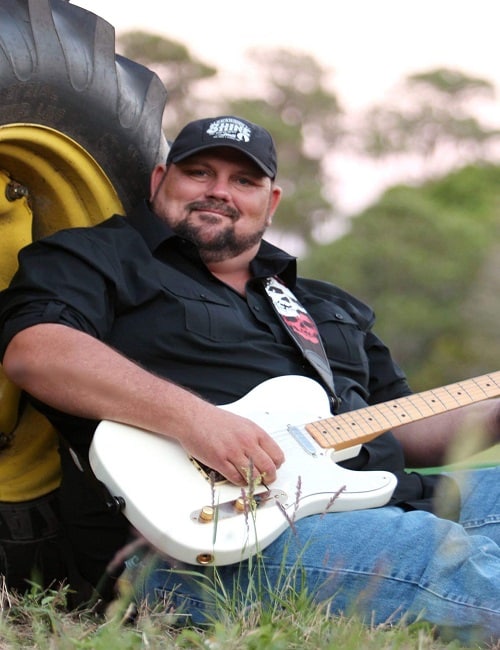 Four years ago, Josh met up with his lead guitarist, Bill Masters. Bill went to see Josh perform one night. Josh asked him to come up on stage and play with him. After playing ten songs together, Josh asked him if he wanted to join his band.

“From the moment I played with him, I really connected, and it’s like we know what each other’s thinking,” he said. “He is easy to play with a group of guys, we all get along really good.”

Like Josh, Bill was raised within a musical background with big inspiration from his father, a country musician. As young as eight years old, Bill was playing alongside his father on stage, and accompanied him many more times until age 15 when his father passed away.

Bill would continue his father’s tradition by performing country music, but soon took a hiatus following the birth of his daughter. He has since revised his musical career by serving as Josh’s lead guitarist.

“We enjoy it,” he said. “We are like a family, a band family. We get along and take care of each other and sit down to play music and have fun.”

For many of his other fellow bandmates, joining the band was as a simple as sitting down with him and playing with him. That was the case for Bill, and it was also true for his acoustic guitarist, Jeff King.

Jeff met Josh as their two daughters were friends with each other. When the two met, Josh picked up a 12-string sitting nearby and started playing it. 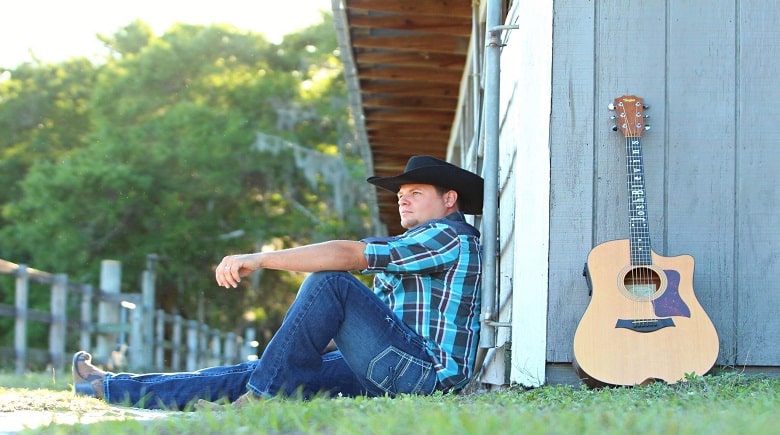 “He picked it up and started playing it like there was no tomorrow, and told me if I wanted to learn to play, he will teach me,” Jeff said. 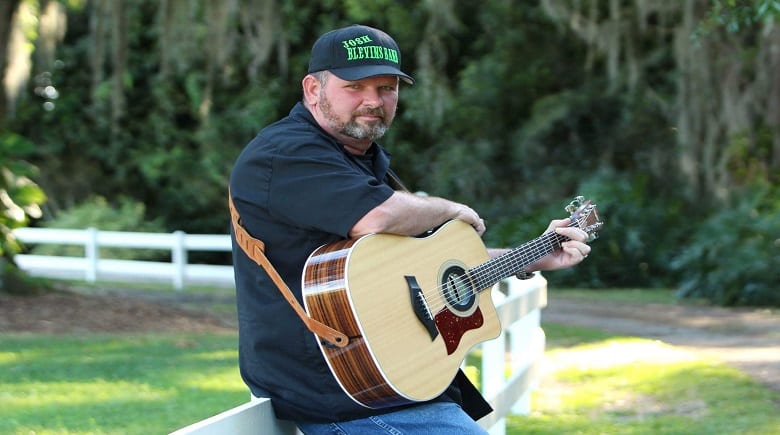 Jeff would take lessons with Josh once a week. He even began helping set up for the band during their gigs. His lessons and stage preparation soon led him to becoming a member. He has been playing with them ever since for the past three years and counting.

At 53 years old, Jeff is the oldest member of the band, yet the other band members have many more years of musical experience than him. Nevertheless, he is an old dog who can learn new tricks, and his fellow bandmates have been more than willing to teach him.

Despite having little to no musical experience, Jeff loves being able to play music with others. When he’s not playing music, he’s listening to others play.

“There is so much good talent in Polk County with different bands, and I love all of them,” he said. “I don’t drink. I don’t smoke. So my weekends [were spent] sitting at home doing nothing. So every weekend I have somewhere we are booked. If we are not playing one weekend, I usually go to listen to another band play. I just enjoy it. It is fun. It is living.”

Josh and his band have performed at venues all over Polk County, and even across the country in Las Vegas, Tennessee, and West Virginia. Some of their favorite venues to play are local resturaunts that are more than willing to feed them before or after a show, whether it’s oysters at Old Man Franks or some of “the best steak in town” at Tanner’s Lakeside.

Their favorite venues, by far, are fundraising events. Whether they’re aiding cancer awareness or helping local veterans, if there is a local cause, they want to help support it with their music.

“We do those for free so we can give back to the community,” Josh said. “It is a large place in our hearts. If there is something we can help you out with, we want to help where it is needed.”

Their favorite venue is Rockin On The River, an annual music concert for Autism Awareness. For the past five years, Josh and his band have performed there, often times with very special guests. 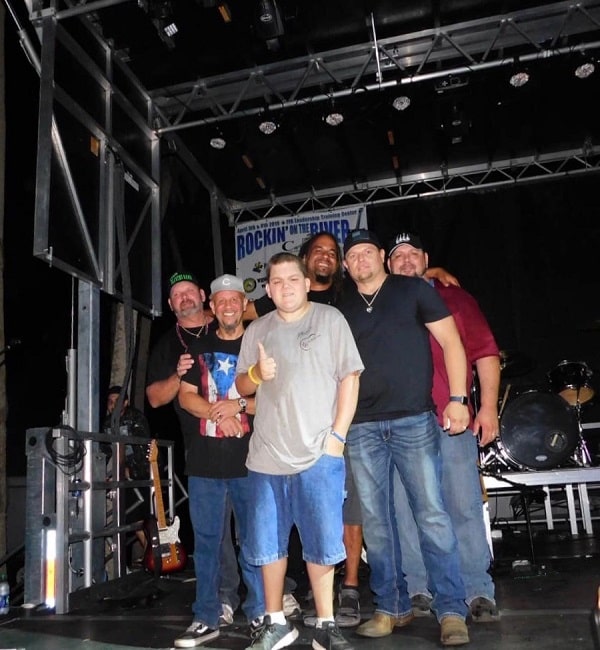 Two years ago, the Autistic son of a band member from Polk County Porch Pickers had the opportunity to take the stage with them and play drums. Another friend of theirs, a 28-year-old with Autism, has been singing alongside them for the past few years. 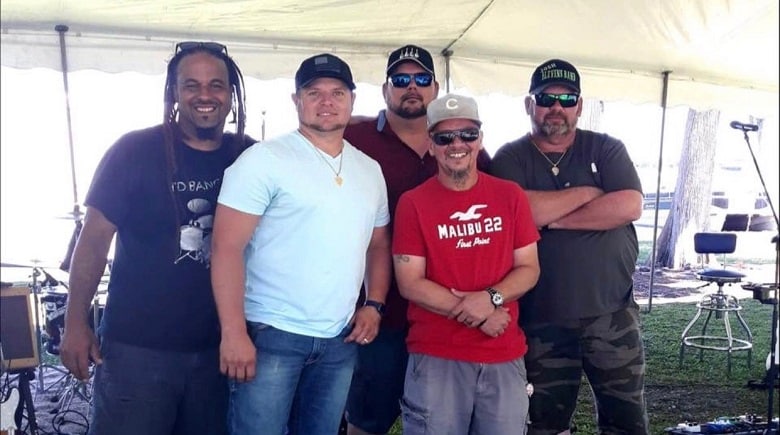 “It is an awesome show,” he said. “It is impressive because he doesn’t have a microphone, he is on guitar playing and singing louder than I with a microphone. It means the world to him.”

While playing music brings them joy, nothing gives them more joy and makes them feel prouder than being able to perform at an event to help support a good local cause.

“That is how we get paid: with the gratitude, trying to be there for the community,” he said. “We play four to five times a week. We do a lot of shows for people who care. That is what we pride ourselves [in].”

Josh Blevins Band will be performing this month at the following venues:

For more information, visit their Facebook page at: https://www.facebook.com/joshblevinsband/