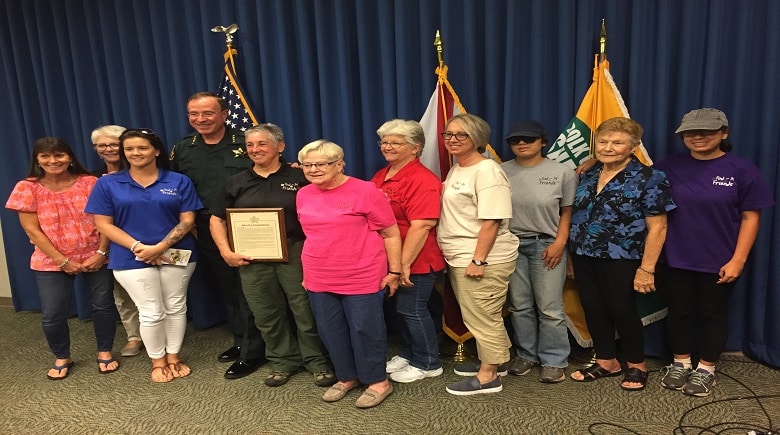 Four bloodhounds have been donated to the Polk County Sheriff’s Office (PCSO) on Monday morning, and will be assisting the K9 Unit in helping track down missing and lost persons.

All four dogs had completed weeks of rigorous training, preparing them to take to the streets to assist officers in search of both missing persons and criminals on-the-run.

These dogs were donated by Find-M’ Friends, Inc., a not-for-profit organization located in Citrus County dedicated to supporting canine rescue organization and educating the public, according to their website, “on the benefits of using scent discriminating bloodhounds to search for missing and lost persons.” 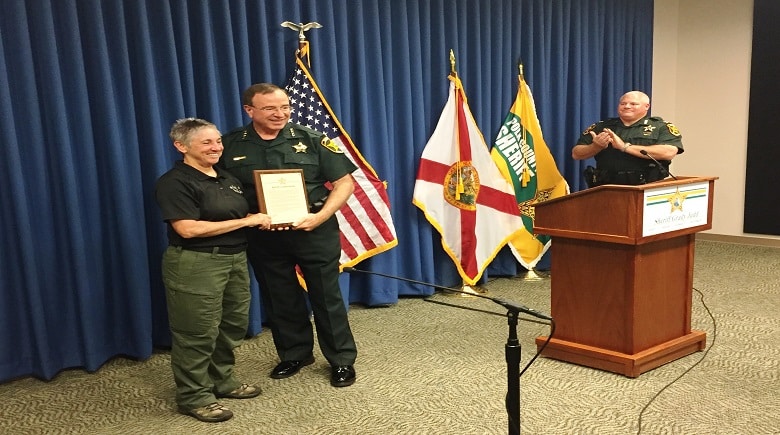 Ms. Linda Boles, President and Trainer of Find-M’ Friends, founded the organization in 2014. Since then, they have worked closely with local sheriff departments in Polk, Citrus, and Hardee counties to help provide capable tracking dogs for their K9 units. 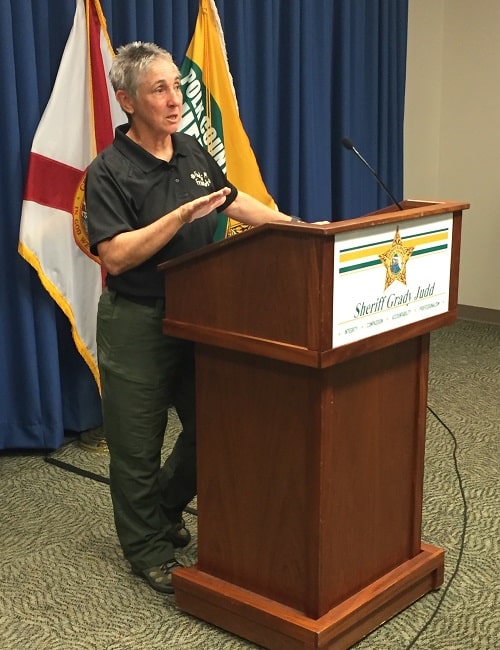 “My role is to put these four hounds into this office,” she said. “It just warms my heart that we can do this, and I know that these officers and deputies are going to do a fantastic job, not only finding those missing in need…whether they have dementia or a child that is missing, but catching crooks. We are going to get them, and I am so proud to be able to do this for Polk County.”

The four dogs were presented during a special media event on Monday morning. Their names are Trace, Preston, Cyndi Lou, and Catherine (nicknamed “Cat”). Each of them range between 9 and 11 months old, and are each valued $10,000 for a total of $40,000, according to an official press release.

The PCSO has been planning on expanding the abilities of their K9 Unit since earlier this year. With the addition of these four bloodhounds, the agency would be able to have at least one bloodhound on shift 24-hours a day, seven days a week, Sheriff Grady Judd said.

“Recognizing that seconds count when a child, disabled, or elderly individual goes missing, the decision was made to extend the availability of bloodhounds to reduce the time it takes to start the tracking of a missing or endangered person,” he explained. “The most important thing in the world is when we need to find a person that is in danger. We do not need to find them later, we need to find them now.”

In search of viable bloodhounds to join their ranks, the PCSO teamed up with Find-M’ Friends to acquire dogs from their training facility. Sheriff Judd noted how the dogs are treated well at the facility, and how much respect trainers such as Boles provide them.

“As our K9 team would soon learn, this is not a business or hobby for you, it was a passion in your life,” he said. “You made it clear that if you had any hesitation about how the bloodhounds would be used or cared for, you would have not participated in our program. Once again, that shows us that we are partnering with the right person that says, if you are not going to do this the right way, then let’s not do this at all.” 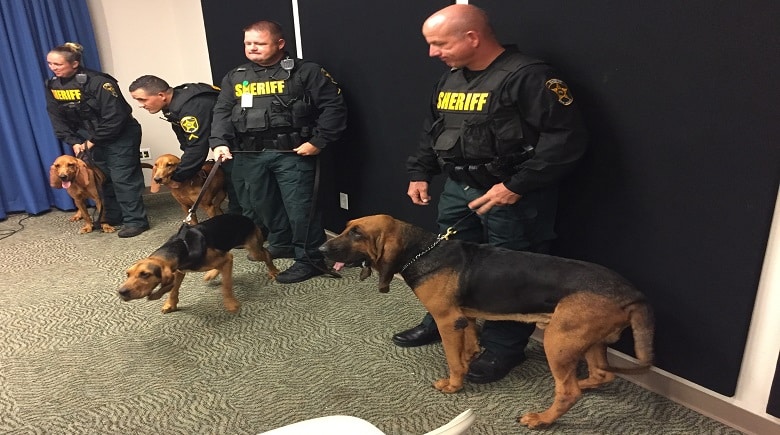 The four new dogs, along with their owners, have been profiled below by an official PCSO press release:

K-9 Trace is teamed with handler, Deputy Sheriff Amber Ludlow. Deputy Ludlow has been with the agency since 2013. She has been in the canine unit since January 2016, working with K-9 Bonez, a dual purpose patrol/narcotics detection canine. Trace and Ludlow have already had two successful tracks while in training: the arrests of three robbery suspects who fled the scene of a robbery in south Lakeland, within 30 minutes of the crime occurring, and the successful track to a suicidal person. Incidentally, Ludlow’s husband is a canine handler at Haines City P.D.

K-9 Preston is teamed with handler, Deputy Sheriff Scott Weaver. Deputy Weaver has been with the agency since 2010. He has been in the canine unit since December 2016, working K-9 Blitz, a dual purpose patrol/explosives detection canine.

K-9 Cyndi Lou is teamed with handler, Deputy Sheriff DJ Cranor. Deputy Cranor has been with the agency since 2008. He has been in the canine unit since December 2010. D/S Cranor has worked K-9 Rex, K-9 Zorro, and his current partner K-9 Rogue, a dual purpose patrol/explosives detection canine. 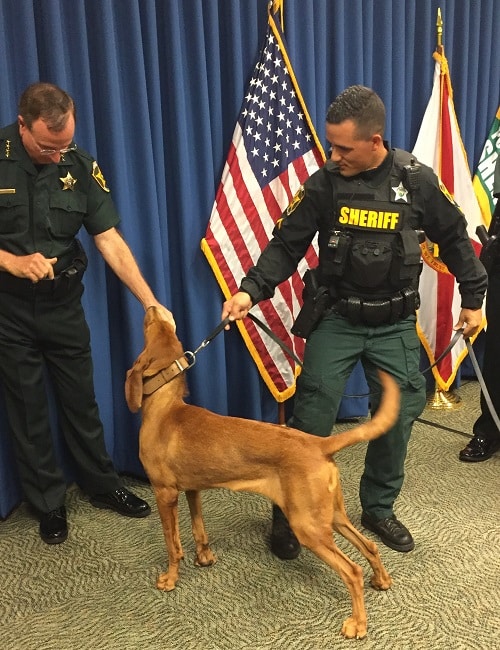