MOJO Federal Swine & Spirits may have only been open for a year, but this new Lakeland eatery has already made it big by winning first place at several local wing competitions, including the eighth annual Wing Ding at Joker Marchant Stadium on last Thursday evening. 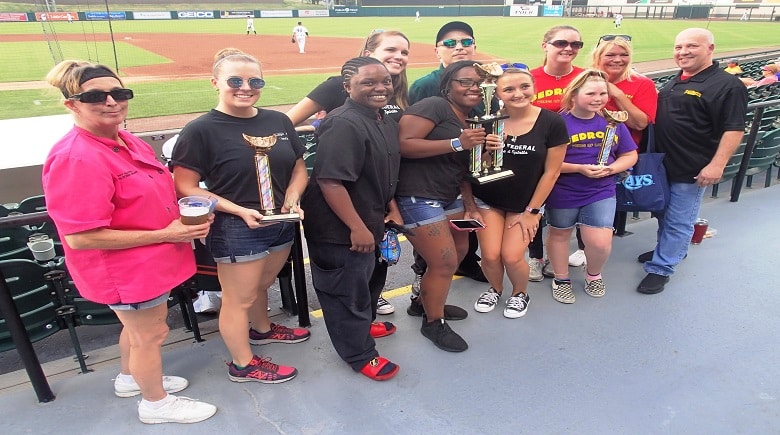 By receiving one extra point over its competition in the popular vote, MOJO managed to reach first place that evening. Earlier that year, the team had also won the title of King Of Wings At the Annual Citizens Bank & Trust Luau Business After Hours. 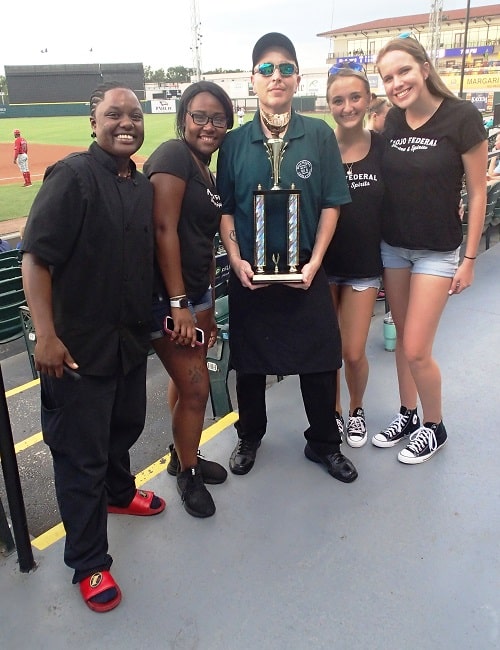 The secret to their success? Their wings are prepared with a special dry rub before being slowly smoked for 14 hours until nice and tender, explained Josh Moran, Mojo Manager.

“Lot of work goes into them, and people just love them,” he said.

This was the first Mojo participated in this year’s Wing Ding competition, hosted by the Lakeland Flying Tigers at Joker Marchant Stadium. As such, winning first place during their first year came as quite the pleasant surprise, Moran said.

“We are still a young restaurant in the town, and we are hoping to come up in the roll,” Moran said. “We can’t wait to do it again next year…Nice to come down to the home town, put on a show, and see a nice baseball game, and come out and win.”

MOJO attended alongside nearly a dozen other local eateries including Duke’s Winghouse, Mission BBQ, and Bedrock’s. All teams participated to serve samples of their wings and to see who would walk away as the best.

Attendees at the event each received a poker chip that they could use to vote for their favorite wings. The team that received the most chips were declared the winner by popular vote and received a trophy for first, second, or third place depending on their ranking. MOJO won first place, with Smokin Aces winning second place and Bedrock’s winning third. 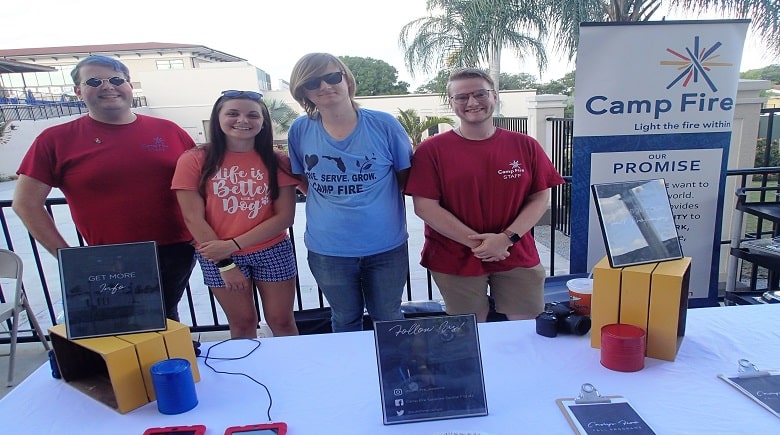 “It is exceeding expectations,” Moran said. “[We had a] great crowd, great night, great weather, so we are very excited about it.” 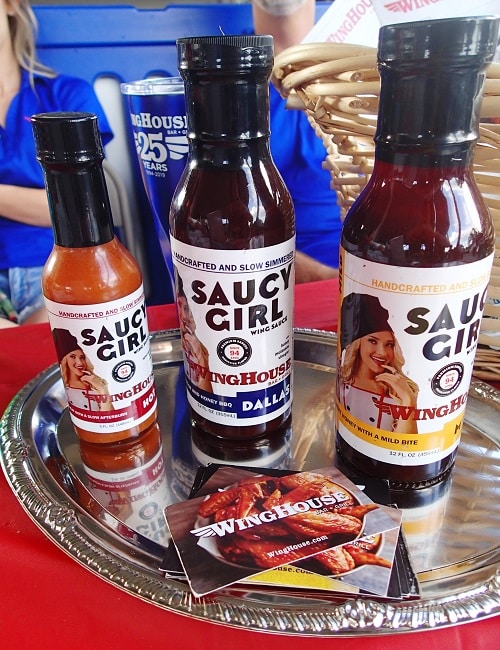 Wing Ding has been hosted for the past eight years. Since its inception, it has served as a charity fundraiser for Camp Fire, a local non-profit organization that helps children “find their spark within” to become the best person they can be by teaching them problem-solving skills and a respect for the environment. 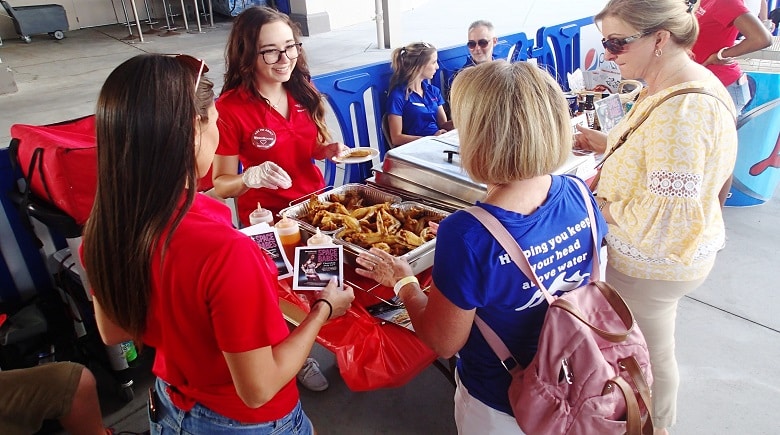 “We are really set on helping our kids learning to be what they want to be and to help give them a better world, teach them how to make that world a better place, [and] helping kids find their spark and become the best version of themselves,” said Nate Chappell, Assistant General Coordinator.

Camp Fire has been helping facilitate the event since it first started eight years ago. Proceeds from the tickets sold at the event go towards their organization. They, in turn, assist with the event by having their children lead the national anthem and by offering information about their organization through their booth. 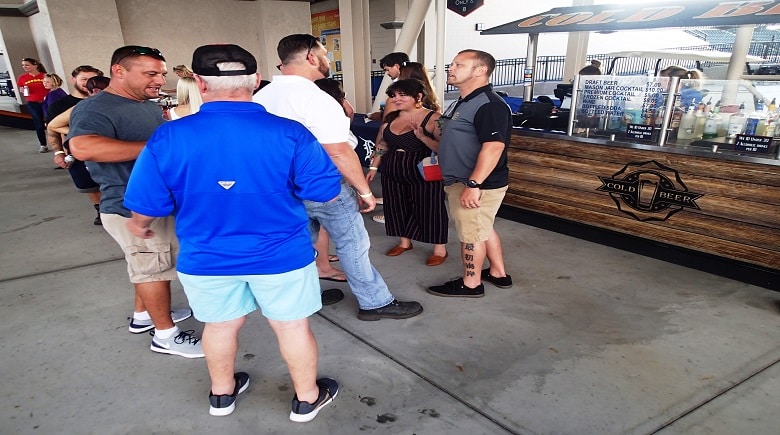 Chappell attended the event for the first time this year, and it managed to more than exceed his expectations. He loved being able to see everyone, especially the children in his organization, enjoy the event and its festivities. 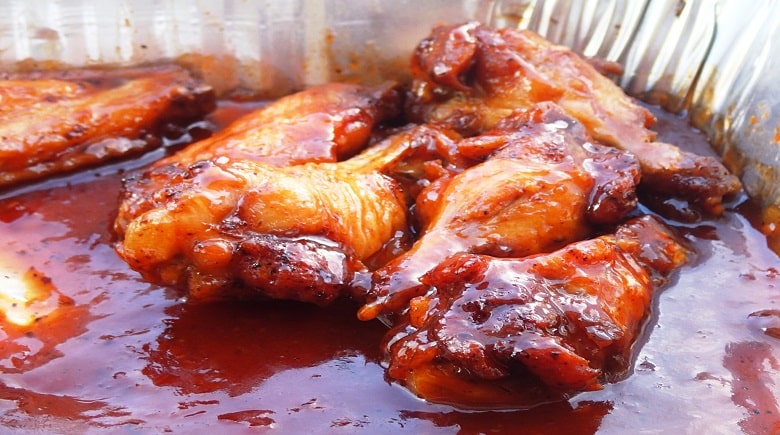 “It has been a lot of fun so far, the wings are awesome, we have a good turnout, so it is a pretty good event,” he said. “I think the variety coming out and supporting our local community, it shows how Lakeland is growing, and also how people in Lakeland really care about our kids and the culture of our community altogether.” 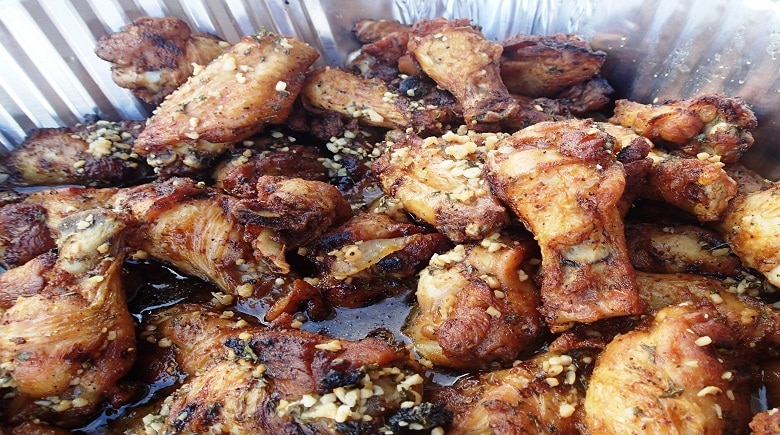