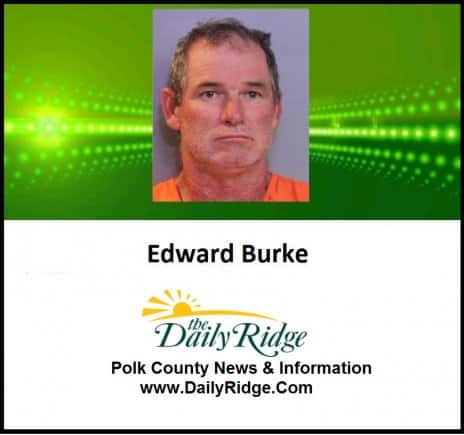 Lake Wales, Florida – On June 14, 2019 Edward Burke, of Lake Wales, plead no contest and took a plea agreement for 25 yrs in state prison for Sexual Battery On A 12-18 Year Old & Kidnapping With Intent To Commit Felony. He also took a plea of 15 years for Lewd/Lascivious Molestation.

On June 19, 2017  deputies were called to a home in Lake Wales in regards to an alleged sexual assault that occurred around 1:40 am.

According to the affidavit, Burke allegedly used a knife to the neck of the teenage victim. He allegedly force sexual acts on the victim. Then he tied the victim up and continued to violently assault the victim. The victim is over the age of 12 years old, but under 18.

The victim was taken to Lakeland Regional Health Medical Center and after exam it was confirmed that victim had injuries and tearing of both the vagina and anus, according to the affidavit.

Burke allegedly admitted to hurting the teen in a phone call. When questioned by deputies Burke allegedly advised he didn’t remember everything that happened the night before but was “not going to call [redacted] a liar”. Deputies were able to obtain several pieces of material evidence including a knife allegedly used in the assault.

Burke will serve the 25 yr & 15 yr sentence concurrently in state prison. Details regarding possibility of parole were not available.