Andrew Allen was once a world-renowned proffesional pianist who performed his music all across the country and globe for more than a decade; yet the past two years had him temporarily leave the stage to focus on his current career as the executive director of the Lake Wales Art Center. 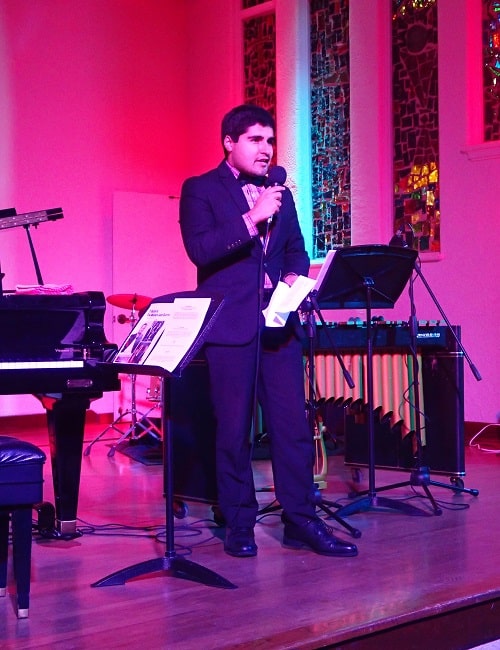 On Saturday evening, not only did Allen make his triumphant return to the stage to perform his favorite jazz music, but also did so with the help of his former teacher and mentor, Chris Rottmayer, a performing artist and proffesor at the University of South Florida.

With Allen on the piano, and Rottmayer on the vibraphone, the two formed half of the jazz quartet that performed to a full crowd on Saturday evening at the Lake Wales Art Center.

Throughout the evening, Allen and his fellow artists played many classical and contemporary jazz arrangements, from “It Ain’t Necessarily So” from Porgy And Bess to “Prelude To A Kiss” by Duke Ellington. Their encore that evening even paid tribute to Star Wars, in honor of “May The Fourth”, with jazz renditions of music from the popular movie franchise.

“Lively” and “upbeat” are the two best words that come to mind to describe their performance that evening. Most of their music was played with a very speedy, toe-tapping tempo, and whenever their music would take a momentary break to slow down, they would immediately speed right back up, prompting an even livelier round of applause from the audience.

The evening’s turnout nearly left the audience with standing room only, with at least a 90 percent full house, if not completley sold out, Rottmayer said.

“Andrew was talking about adding extra chairs,” he said. “I love to see excitement in the community for music like this.”

Allen currently serves as the executive director of the Lake Wales Art Center. Prior to his current position, he had performed as a proffesional pianist for over a decade.

During his career, he had released five major releases, including his most recent album, “Jazz Hits: A NES Classic Tribute.” He has performed all around the world at events such as Florida Comic Con and Nerdtacular, and his music has been played on stations such as NPR across the country.

“[With this] being my first performance in two years, it is really exciting to get on stage again,” he said. “This year being the executive director, I have been more behind the scenes, so it was nice to once again be under the light and perform for everyone.”

As for the performance itself, he appreciated seeing such a large and lively turnout from the local community, which shows that there is still an appeal for the modern jazz quartet.

“I thought this went really well,” he said. “We saw many familiar faces and new faces here tonight. I think that maybe the pull for modern jazz quartets, they are cataloged upfront, and has crossed over in pop culture…I hope that everyone had fun with our concert series…and that they learned live music is alive and well here in Lake Wales.” 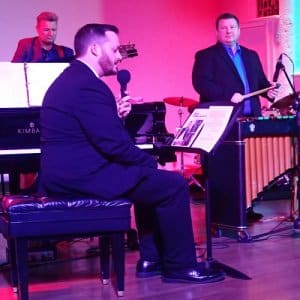 Chris Rottmayer has served as a jazz pianist and proffesional performing artist for the past 25 years. He has worked as a piano instructor at USF since 2007, and it was during his tenure there that he taught young Allen.

“It is especially special to play with a former student from USF like Andrew Allen,” he said. “I got to see him grow into a musician and grow into this wonderful position he has here as an executive director. It is wonderful.”

Rottmayer himself has released many recording albums, including his latest project, “Reactive Synthesis.” He has performed at many different venues and jazz festivals, but especially at Disney World in shows such as the Main Street Philharmonic and Kids of the Kingdom.

He appreciated the warm reception that they received that evening, as well as being able to play with a former student. As for their performance that evening, he hopes to consider it a sign that jazz music appreciation is alive and well. 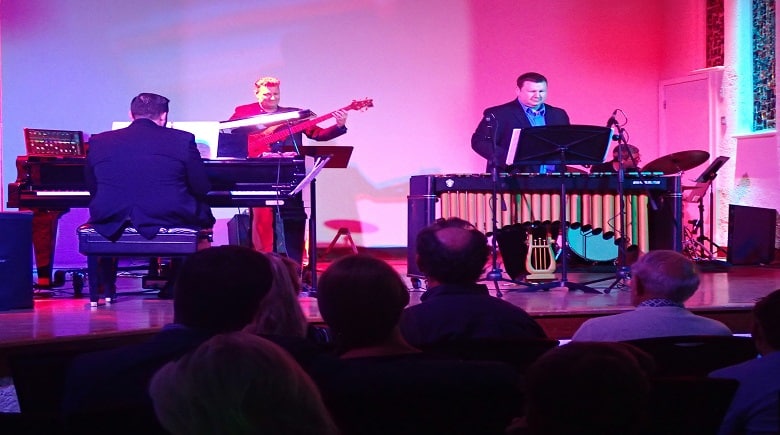 “The main takeaway is that this jazz quartet is very accessible music,” he said. “People who like classical music love this music, people who love jazz love it, and it features a unique instrument, the vibraphone, which is rarely heard, and it is really interesting.” 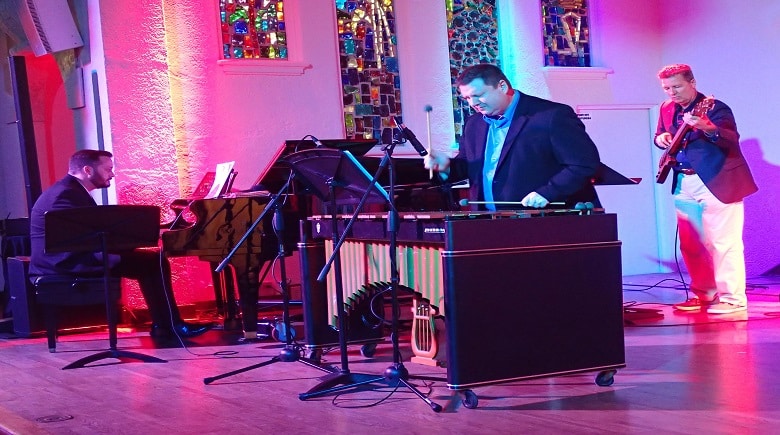