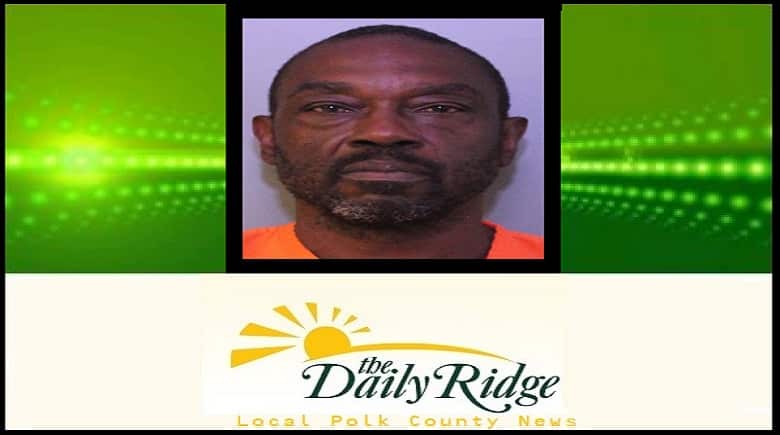 On Thursday, April 18, 2019, deputies with the Polk County Sheriff’s Office arrested 53-year-old Lorenzo Johnson of Lakeland, for an armed robbery of a Lakeland Circle K store, and the battery of the store’s 77-year-old clerk.
The robbery occurred just before 2:00 A.M. on Monday, April 15, 2019 at the convenience store at 3100 N. Galloway Road.
Johnson was captured on the store’s security video as he milled around in front of the store waiting for customers to leave. He then entered the store, walked around behind the counter, and pushed the elderly clerk to the floor, knocking off her glasses. He walked past her and grabbed a handful of coins, and held a pocket knife near the woman’s face.
As Johnson was walking past her to leave, he pushed her down again. She suffered minor injuries but refused medical treatment.
“There was absolutely no reason to push her down; she wasn’t trying to stop him, she wasn’t fighting him…he just pushed her down…twice. I want to thank the anonymous tipsters who helped identify Johnson, and the media who helped get this story out there. He’s a career criminal and he needs to go back to prison again.” – Grady Judd, Sheriff
Lorenzo Johnson was charged with Armed Burglary with Battery and Robbery with a Deadly Weapon, both of which are life felonies.
Johnson’s prior criminal history consists of 31 felony arrests and 11 misdemeanor arrests. Charges include: Aggravated Assault with a Deadly Weapon, Aggravated Battery with a Deadly Weapon (2), Child Abuse, Burglary (3), Larceny (11), Dealing In Stolen Property (2), Battery, Organized Fraud, Uttering Forged Check, Fraud, Resisting (2), Introduction of Contraband, Possession of Marijuana with Intent to Sell (5), Possession of Cocaine, Possession of Paraphernalia, Non Support of Child, and Transporting Dangerous Materials.
He has been incarcerated seven times since 1989.
April 19, 2019