For the first time in eight years, Mulberry High School will be sending graduating seniors to play college baseball—and they will be sending not one, not two or three, but four baseball players. 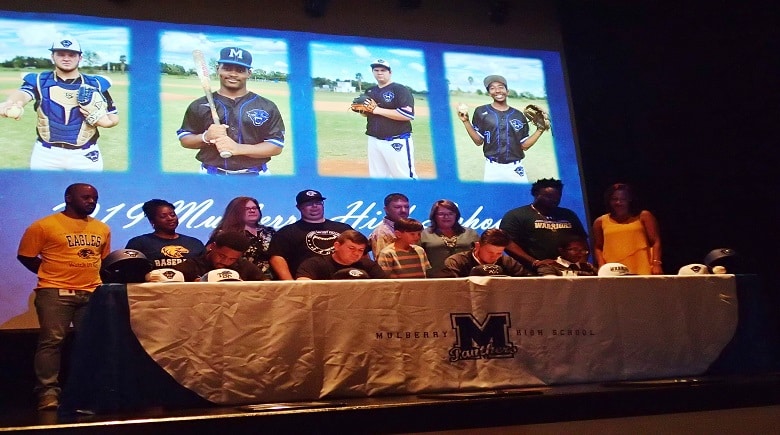 The four graduating high school athletes signed their letters of intent for their respective college baseball teams during a special Senior Signing Day event hosted on Wednesday morning within the school auditorium.

The four students were Isaac Andrews, Justin Vanderhoof, Blake Cousens, and Malik Williams. By signing their letters, these students signified their intent to play on the baseball teams of the colleges that they will be attending, and will not be pursuing any other prospective colleges.

This is the first baseball college signing to occur at the school within the past eight years. The school’s baseball team has been struggling within recent years, but has since experienced a turnaround thanks to the hard work of Corbin Weeks, the school’s head coach for the past two seasons. 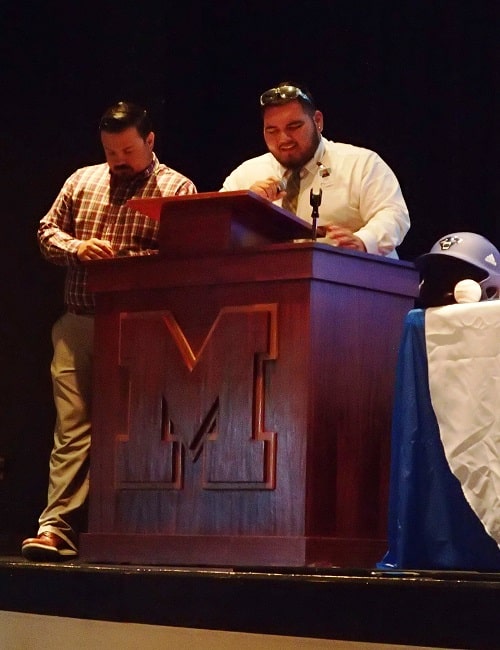 “It is a great step forward. The program has struggled for several years,” Weeks said. “When I came in, I had realistic expectations, and I brought on some coaches who knew what they were doing and surrounded them with positive people who believed the same thing as they do.”

Being able to see not one, but four, of his own students go on to play college baseball is nothing short of exciting for him, he said. The key towards this achievement and the many others he and his students have experienced during his time at the school has been one thing: consistency. 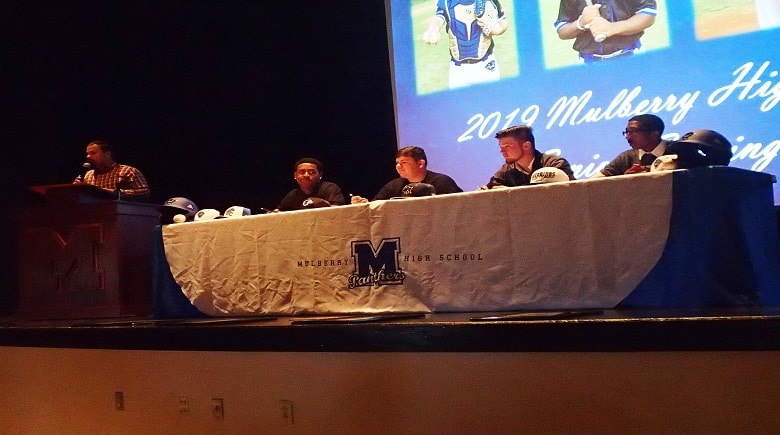 The four graduating senior players are as follows:

Andrews has not only reigned supreme as a four-year letterman, but also as the school’s homecoming king. When not playing baseball, he has been involved with the basketball team for three years, as a drum line and percussionist in band, and as a member of the Fellowship of Christian Athletes.

Graduating with a 3.0 GPA, Andrews will go on to attend Trinity Baptist College in Jacksonville, FL, along with his fellow teammate, Justin Vanderhoof. Both will play under Jon Copeland, who has overseen 21 winning seasons, 16 post seasonal appearances, and has twice won the National Collegiate Athletic Association (NCAA) coach of the year.

“It is a relief that I know that I am starting my next chapter in life, [and] it feels good because I know I am going with one of my teammates,” Andrews said. “Want to go there for a year to develop, and continue after that.”

A transfer from George Jenkins High School, Vanderhoof is a two-year letterman who has also played varsity baseball. He has served 121 hours of community service, and also volunteers for Buddy Baseball, a youth little leauge for handicap children.

He will be joining his teammate, Isaac Andrews, in attending Trinity Baptist College in Jacksonville, FL, under Copland. The coach has sent more than 16 players to play proffesional baseball.

Having also transferred from George Jenkins with Justin Vanderhoof, Cousens is a two-year letterman who has participated within 100 hours of community service.

He will be attending Montreat College in Blackmouth, NC, where he will play under Coach Jason Beck. Since 1999, Beck has accumulated 700 wins, with a total of seven seasons of 40 or more wins.

Cousens had previously visited the college, where he fell in love with the mountain landscape. He loves the mountains, so he expects to love attending the school there.

“It is a great leap that I get to play at the next level,” he said. “I owe it to my coaches and my family. They did a lot to be able to go up to the next level and let me do what I love doing.”

A four-year letterman, Williams has also participated within the school’s Key Club, one of the oldest programs for high school students, with the goal to encourage leadership through serving others.

Williams will be attending college locally at Webber University in Babson Park. There he will play under Coach Brad Niethammer, who has overseen 700 wins, with 26 baseball players being added to the NEI scholarship list.

“It feels great,” he said. “I love being able to stay close to home and play baseball. Looking forward for a chance to education and having a nice view of the lake over there.” 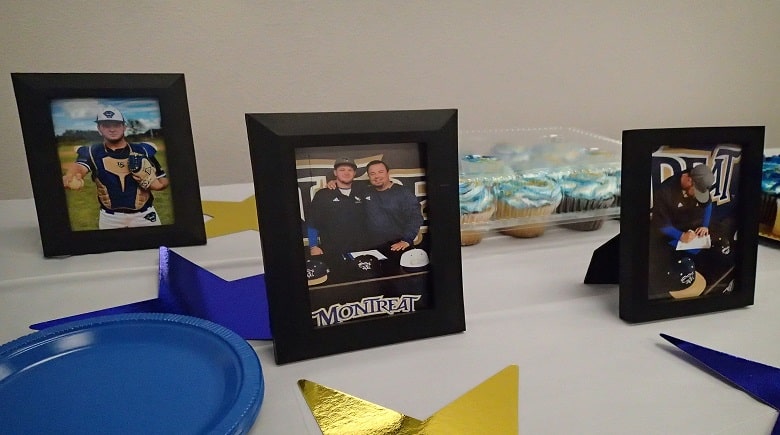 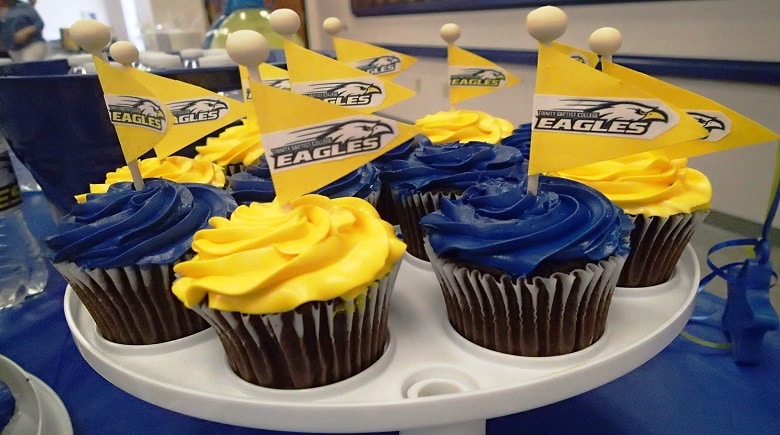