Is Your Phone Making You Dumber And Less Friendly? This Tech Journalist Says It Is.

Is Your Phone Making You Dumber And Less Friendly? This Tech Journalist Says It Is. 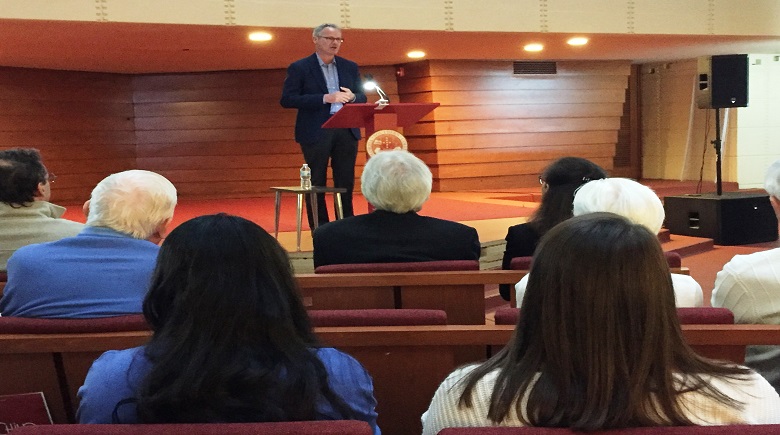 If you’re reading this article, chances are you’re reading it from your smart phone. Perhaps you even received a Facebook notification from the Daily Ridge. And after this, you will most likely check your e-mail, read a few tweets, or watch the latest YouTube video—all on your phone!

Our smart phones are with us everywhere. They allow us to look up information on anything and everything, and they allow us to get in contact with anyone anywhere. But are we really more informed and connected because of our smart phones? Nicholas Carr, an acclaimed business and tech journalist, suggests otherwise, and he has the data to back it up.

The former executive editor of the Harvard Business Review, Carr has used his expertise in technology and culture to write about the many ways the two intersect. He has conveyed his expertise through many books, including his New York Times bestseller, “The Shallows: What the Internet Is Doing To Our Brains.”

Exactly how emerging technologies such as our smart phones affect us mentally and psychologically was the topic of a recent lecture he hosted at Florida Southern College (FSC) on Tuesday: “The Glass Cage: How Our Phones Are Changing Us.”

Since its invention in 2007, the smart phone has become a ubiquitous technological feature within our society, with more than one billion iPhones having been sold since then, according to sales data from Apple. The average smart phone owner uses their phone 80 times per day and 30,000 times per year, according to statistics shared by Carr.

Big tech companies promised that these phones would allow users to become more informed and connected, giving them instantaneous access to information and better connectivity with other people; however, research shows that such promises have since been proven broken, Carr said.

Carr insists that such lofty, nearly utopian visons of our smart phones, as promoted by Silicon Valley, rely heavily on two faulty assumptions: that information equals knowledge, and that communication equals community. Recent scientific research has proven these assumptions to be false, Carr said.

“The problem with both of these assumptions is that they are wrong,” he said. “To embrace them has blinded us to the negative consequences that would come with this society-wide dependence on phones.” 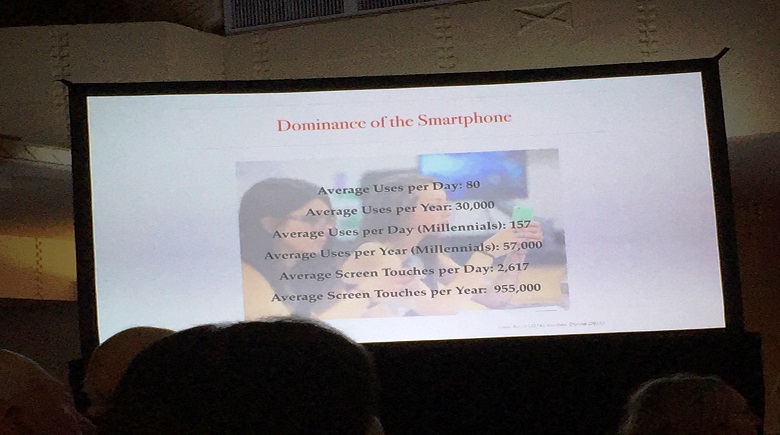 Our smart phones allow us to look up anything and everything with a simple internet search. Having such instant access to information should allow us to become more informed, but scientific research proves this is not the case, Carr said.

When it comes to how our brain absorbs information, what matters most isn’t the quantity of information received, but rather how that information is processed from short-term “moving” memory to long term memory. This process is known as memory consolidation, and it is a mental process that is inhibited by our phone usage, Carr said.

“Google is very, very good at providing instant little bits of information to answer your general questions, but it provides no knowledge, because it has no way to inform context and general information and place it into context with a broad array of information,” he explained.

By granting us almost instantaneous access to information, our phones allow us to receive a lot of information, but often too much in too little time, leaving less time for our brains to properly analyze and store it, Carr said.

“What does the smartphone do?” Carr said. “It seems perfectly designed to interrupt the process of memory consolidation…[by] interrupting and distracting us. It gets so much information to us so quickly that it keeps us in a perpetual state of distraction that prevents us from making connections. We are getting more information than ever, but we are not turning it into knowledge, and nothing really sticks.”

Even having our phones with us prevent us from properly utilizing our cognitive skills, with their mere presences preventing us from thinking clearly, he argued.

In each of these tests, the students that kept their phones out of the room performed overwhelmingly better than the students who had their phones with them, regardless of whether they were turned off or on. This shows that, even when we are not using our phones, their mere presence with us provides a distraction, and thus prevents us from thinking clearly, he said.

“The closer your phone gets to you, the more mental energy it drains out of your brain,” Carr explained. “Keeping your smart phone near you takes a mental toll on how you think and use your cognitive skills on an optimal level…Even when turned off, it is capturing our minds.” 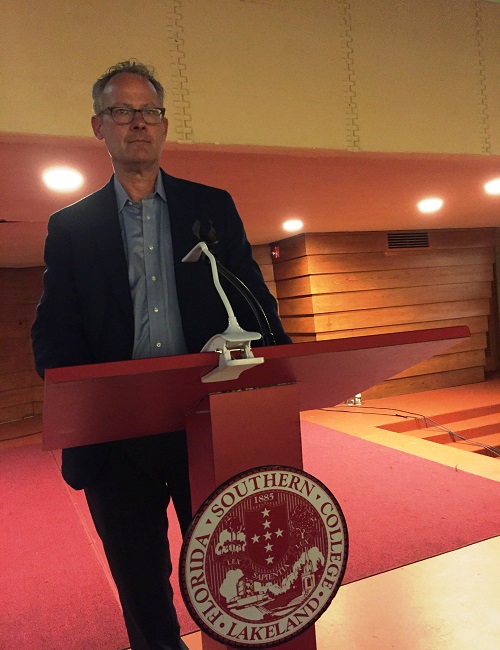 In 1964, Canadian philosopher Marshall McLuhan expressed how the growth of mass communication would help foster a “global village” where everyone was connected to everyone. However, in the following years, his sentiments would wane less optimistically. In 1977, he explained that, “when people get close together, they get more and more savage.”

Our smart phones, similarly, allow us to become more connected with each other, whether through social media, texting, or especially with the telephone. However, as anyone who has ever had a heated argument with someone over the phone can attest, such connectivity doesn’t always lead to more familial connections.

Especially through social media, smart phones have made it easier for people to express themselves. In fact, one study revealed that people are four times more likely to disclose information about themselves online rather that they would not otherwise, as Carr explained.

Being able to know more about each other, in theory, should allow us to grow closer together; yet in reality, we tend to focus our attention more on what is dissimilar about others than what it similar, and this familiarity can breed contempt, Carr said.

Of course, keeping our phones on us at all times can also distract us from the people around us. One study observed how a select group of people talked with each other through conversations, with and without phones present. The people with phones in the room did much worse than the others in terms of conversation and empathy, Carr explained.

However, even in spite of all of these problems, the smart phones themselves are not the problem, nor would getting rid of them be a proper solution. Instead, Carr emphasized that we should better consider the ramifications, both positive and negative, of such technology moving forward, he said.

“My point is not to say that these technologies should be rejected…but that as we become more dependent on technological innovation and technology in general to do more and more things, we should take more responsibility on how these powerful tools end up being designed and used,” he said.

About Child Of The Sun Speaker Series

This lecture was the second in a series of three being hosted through FSU’s “Child of the Sun: Distinguished Speaker Series.” The series itself is hosted by the college in an attempt to bring together renowned national and international speakers to discuss pertinent topics with both students and local residents.

This year’s series, “Child of the Sun”, is themed towards technology, with speaker’s divulging on the topic to examine, according to the program, “how technology and innovation push the boundaries of human experience.”

“We wanted something that expanded our community, something that would make the most of the burgeoning talent that we have here,” explained Dr. Brad Hollingshead, Dean of the School of Arts and Science. “We are deeply appreciative of the strong attendance and interest in the series that our friends and neighbors from off campus have shown. It helps us and our students to learn more than we could on our own.”

For more information on the series and other upcoming lectures, visit their website at: https://www.flsouthern.edu/home.aspx