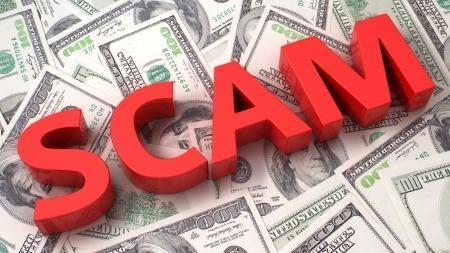 PCSO has received several reports about a scam where callers are pretending to be Polk County Sheriff’s Office employees. There have been 4 reported incidents so far, and one person is now a victim of the crime. The caller number (863-225-0924) has a voicemail that says you’ve reached the Sheriff’s Office, but it’s a scam. Sometimes the number has a different message.

On March 7, 2019, PCSO responded to the Polk County Court House in Bartow in reference to a reported scam.

The victim, a 65-year-old man from Bartow, told deputies an unknown person called his cell phone and identified himself as a Sergeant with the Polk County Sheriff’s Office. He said the person told him there’s an active warrant out for his arrest for Failure to Appear. The victim said he had not been in any trouble and did not receive a notice in the mail. He also stated the caller told him that on December 19, 2018 a court summons was sent to his address in Bartow and due to him not responding to the summons, a Failure to Appear Warrant was issued for his arrest.

He then said another man got on the phone claiming he was a Lieutenant and said he needed to pay $2,000 to make the warrant go away.

First, the suspect told the victim to go to a Family Dollar or Dollar General where he could find Money Pak cards for sale. He would then need to purchase eight Money Pak Cards and put $250.00 on each card. Once the cards were purchased, he was told to scratch the code bar on the back and provide the code on each card. He then called back the suspect and provided all of the codes, which released the money. He was then told to mail the receipts and four of the cards in an envelope to a Susan Boyle in Winter Haven, which detectives believe is both a fake address and a fake person.

He was then instructed to take the other four cards to the Clerk of Courts Office. That’s when he told deputies he realized it was a scam. He lost the $2,000.

Detectives attempted to locate the envelope through the Post Office, but it could not be found. The detective also called the number back (863-225-0924), but could not reach anyone, the number has been verified as a Bandwidth.com (VOIP) Voice over IP phone number.

The investigation is on-going and subpoenas are being sent to Bandwidth.com and Money Pak.

PCSO has also received reports on three other similar calls from the same phone number. Two calls involved the same scenario, except the victims did not send any money and alerted us. The other call involved someone claiming to be a PCSO deputy calling in reference to an “urgent legal matter.”

“This is now the fourth time recently someone has alerted us about this specific scam. There are endless variations of this type of scam, so the bottom line is that no one from an official agency, like the Polk County Sheriff’s Office, is going to call you asking for money for legal issues. If anyone is unsure, you should call the agency in question’s main telephone number and ask. Remember, if something doesn’t seem right, it’s probably not right.” – Grady Judd, Sheriff