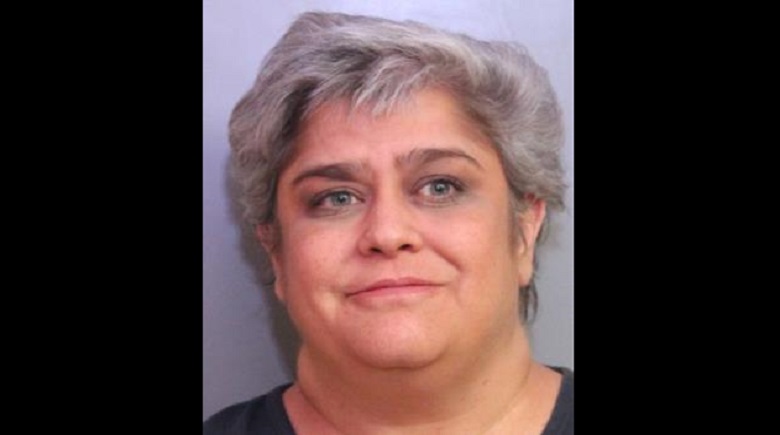 Deputies arrested 47-year-pld Christina Dobbs Lee of Lakeland yesterday after she ran a red light, struck another car, and she drove home instead of stopping to render aidthe crash occurred at approximately 5:53 p.m. Thursday at the intersection of Knights Station Rd. and Galloway Rd. in Lakeland. A driver who witnessed the crash followed Ms. Lee, obtained her tag number and the neighborhood she lived in and reported the information to the Sheriff’s Office.

The other driver, a 30-year-old woman from Lakeland, told Polk County Fire Rescue personnel that her left leg was very sore and that she would be going to the hospital after the crash scene was cleared by deputies. She declined to be transported by ambulance.

Deputies used the information provided by the crash witness and went to 3915 Laurel Branch Dr., Lakeland. Ms. Lee answered the door and told the investigator that yes, she drove a red Mazda SUV, and that yes, she was involved in a crash and left the scene. The Mazda was parked inside her garage, had front-end damage to the front passenger side, and the airbags had deployed. She told the deputy: “I was driving northbound on Galloway Road North; I ran the red light and crashed into the other vehicle.” She told deputies that the abrasions on her arm were from the airbag deployment.

Ms. Lee was charged with leaving the scene of a crash with injuries without rendering aid (F3), and was booked into the Polk County jail. She has since posted a $1,000 bond and has been released.

“This is yet another reminder that drivers have a moral and legal responsibility to stop if involved in a crash. And, if you are able and it is safe to do so, render aid. Ms. Lee turned this crash from a traffic citation to a 3rd degree felony with one bad decision.” Grady Judd, Sheriff