At a Lakeland store, Betty Harstad stands over a glass case surveying the contents within. Most women usually do this to look at jewelry. Harstad, on the other hand, had her eyes set on something completely different: a handgun.

Specifically, Harstad was at Shooting Straight Lakeland looking for a .380 Automatic Colt Pistol (ACP). With a concealed carry weapon, she currently owns a 9MM, though that gun is too bulky for her taste, she explained. She wanted to find herself a gun much smaller than the one she currently owns, and one that she can easily grip and cock, she said.

As an 82-year-old lady, not only does she have to concern herself with finding a gun with a comfortable grip that doesn’t rub off her skin, but one that she can hold easily even with her advanced age and arthritis.

Harstad decided to do some gun shopping after participating within the Third Annual Pistol Shooting Competition in Lakeland on Wednesday morning. She received a gold medal for winning first place within her age group of women 80 to 89. 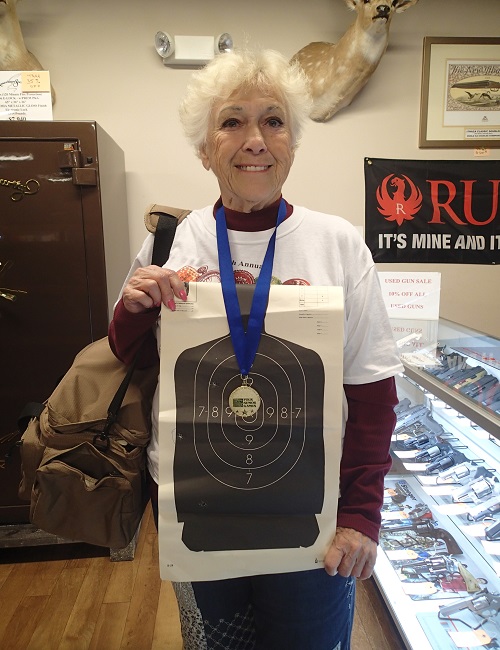 She has been handling guns all her life, and she has been competing within the pistol shooting competition ever since it started three years ago as part of the annual Polk Senior Games.

She has competed in several events within the Senior Games, from dart throwing to cornhole tossing and even dancing. As a gun handler of advance age, she appreciates being able to compete in pistol shooting and wishes more women her age could do so. 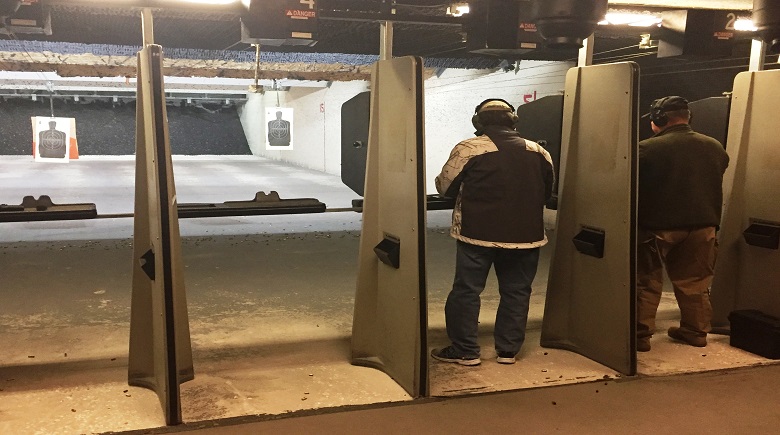 “Everyone should learn how to shoot,” she said. When asked how it feels being able to win gold this year, she replied, “I hope to win three more.” 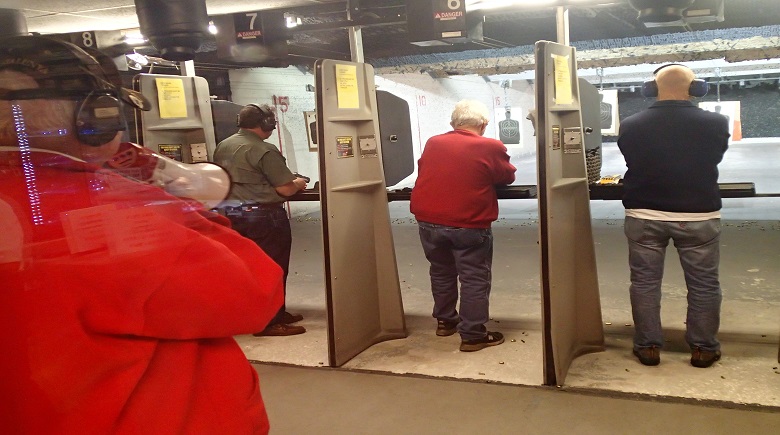 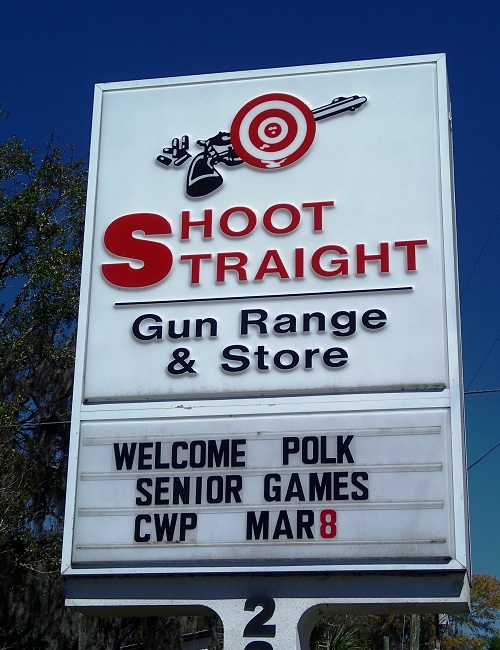 The competition itself is able to host 48 contestants in four different age categories: 50 to 59, 60 to 69, 70 to 79, and 80 to 89. This year had more people sign up than previous years, though fewer actually showed up do to dropping out at the last minute due to busy scheduling, said Mike Kirila, event manager.

Even then, the event has certainly grown in popularity, especially within an area where gun rights remain a top political priority for many local residents, Kirila said. 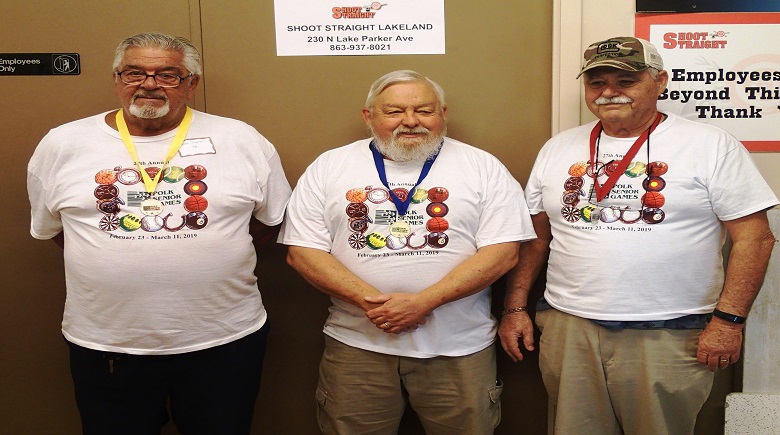 “The men and women who participate in this event are certainly Second Amendment people,” he said. “They are safety people, they have a great respect for the fact that they carry a weapon. And they are diligent and kindest people around, especially for seniors, that makes it more special.”

Many of the participants such as Harstad have been competing since the event started three years ago. For others, like Pat Reese, this was their very first year participating. 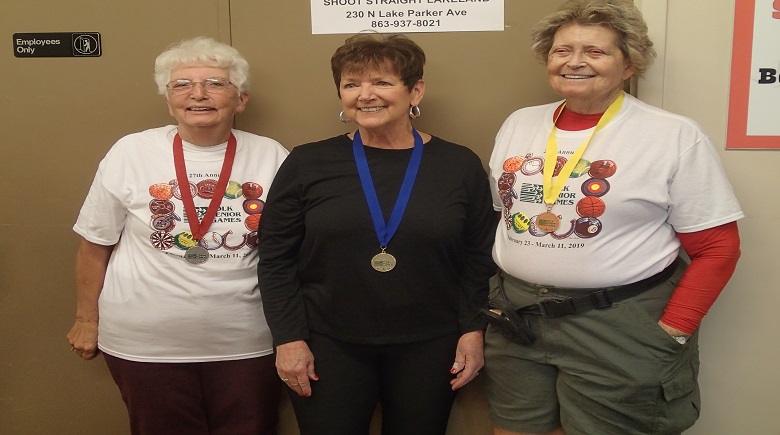 As someone entering the competition for the very first year, Pat Reese did not expect to win anything, let alone a gold medal; yet her proficiency shooting a pistol allowed her to win first place within her age division of 70 to 79.

Reese has been visiting the range since she obtained her concealed carry permit one year ago. The practice that she has experienced since then has allowed her to enhance her marksmanship, thus allowing for her surprise win, she said.

“I am surprised, especially giving the background training of the other ladies,” she said. “I felt empowered and honored that I could be participating with these folks who have been doing this for many years.”

In-Gauge of Polk County is a proud sponsor of the Polk Senior Games and initiated the pistol competition 3 years ago.

This Article is sponosred by: 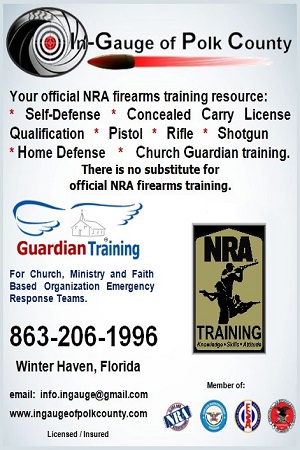