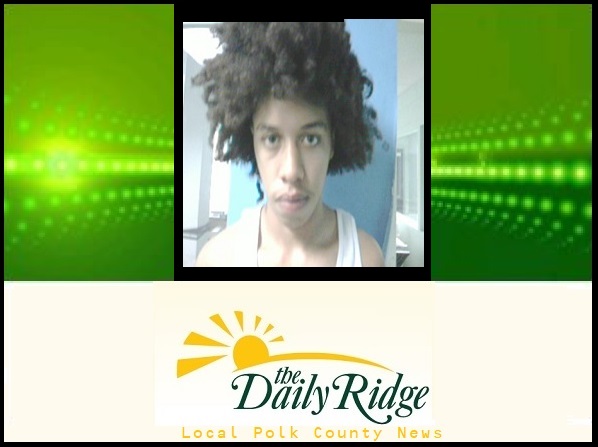 HAINES CITY, FL – DNA evidence led to the Tuesday arrest of a Davenport teen for a burglary that took place in late July.

It was after 9:30 a.m. on July 31 that an employee of the car dealership, GP Auto Connection, came to work to find the business had been burglarized. The suspect broke a glass window before entering the location. The owner could not find anything missing.

The business’ alarm was not set and surveillance cameras were not functioning, but Crime Scene Investigators were able to locate droplets of blood that the owner claimed were not there the day prior to the break-in. Samples were collected and sent to a Florida Department of Law Enforcement lab.

Returned results identified Elijah Parsons, 17, as a match. Parsons was located at Ridge Community High School on Tuesday and interviewed by detectives. Parsons told detectives that he went to the dealership in hopes of getting money. Parsons said that he knew he would be identified after cutting his finger, but claimed to have not taken anything out of fear.

“Our detectives did an outstanding job and so did our forensics team,” Chief Jim Elensky. “Their due diligence allowed us to be able to make this arrest.”

Parsons acknowledged to a December arrest in which he was pursued in a stolen vehicle and later on foot by officers before being apprehended by the Polk County Sheriff’s Office at Ritchie Brothers Salvage Company in Davenport. Parsons denied involvement in other dealership burglaries that took place around the same time.

Parsons, who is currently on probation, is being charged with burglary, a third-degree felony, and criminal mischief. He was arrested and transported to the Juvenile Assessment Center without incident.

Parsons was previously arrested on charges of grand theft auto, battery, fleeing to elude and driving without a license.

“Attention to detail and being thorough in our investigations is a big reason why we’ve been able to significantly increase our arrest and clearance rates over the last year,” Elensky added. “Forensics is a big part of our intelligence-led policing model and I’m really proud of the investigative work our team did in this case.”