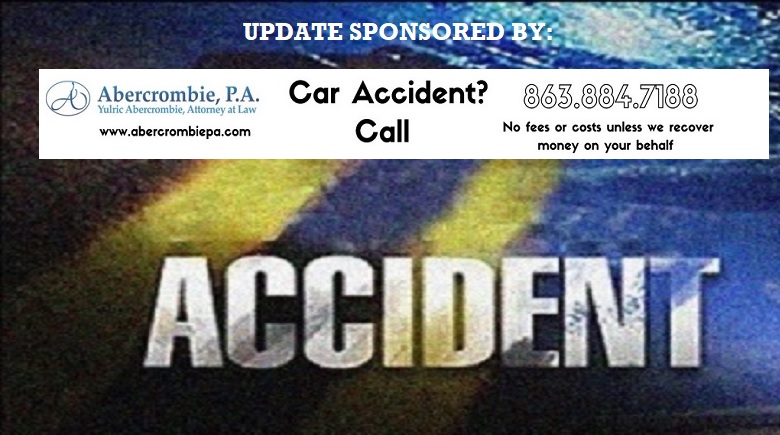 All lanes on U.S. 27 and Patterson Road are back open after a crash involving three vehicles – two semis and a 1999 Subaru – that took place about 5:24 a.m. Thursday morning.

The driver of the Subaru, Irving Rundle, 70, of Haines City, was transported with a head injury, which is not considered serious. He is at Lakeland Regional Health Medical Center in stable condition.

Rundle was cited for failure to yield the right of way.

One person has been transported to Lakeland Regional Health Medical Center after a three-vehicle accident that took place before 5:30 a.m. on Thursday morning.

The accident involved two trucks, including a tanker and one car, a green Subaru Legacy, at the intersection of U.S. 27 and Patterson Road. There were no leaks coming from the tanker truck.

Two northbound lanes of U.S. 27 are currently shut down. The westbound lane of Patterson Road is shut down.

Updates will be available as they come in.