KitchenKillaz Kill It In The Kitchen Every Friday Evening

KitchenKillaz Kill It In The Kitchen Every Friday Evening 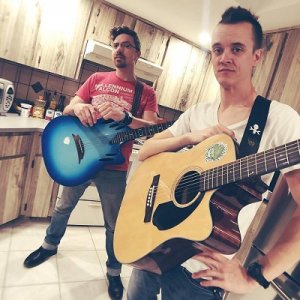 Most bands start out in a garage. For Billy Floyd and The Commodore, they received their big break in a kitchen.

Since then, this acoustic duo has been touring the state and crashing kitchens where they stream their live performances every Friday.

The KitchenKillaz, true to their name, visit a different kitchen, whether commercial or residential, where they serve up hot music while their hosts serve up hot food. 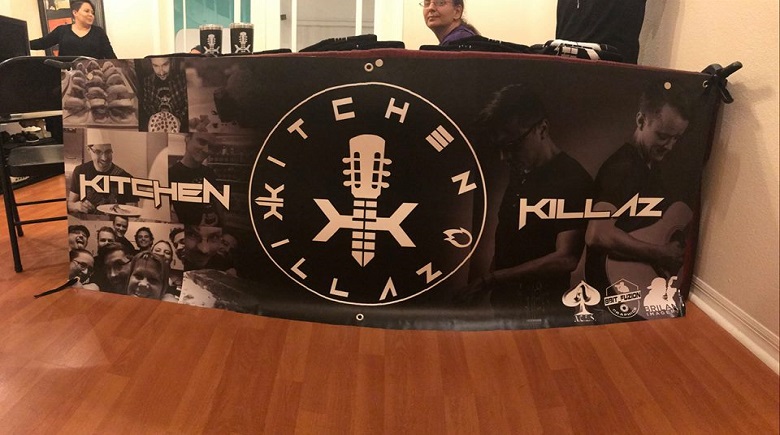 Their first live show was hosted nearly two years ago. Billy Floyd and his friend, The Commodore, wanted to utilize their combined 40 years of musical experience to break out in social media. They experimented by streaming their live musical performances from different rooms in their house in Port. St. Lucie.

“Our friend, Tim Haggard, a local Polk County musician, called us the Kitchen Killaz, saying we killed it in the kitchen,” Floyd said. “We kept that moniker, and it has created a great community.”

Over the past two years since then, the two have been touring countless kitchens across the state of Florida, from large commercial kitchens for big name resturants to small kitchens in random homes. 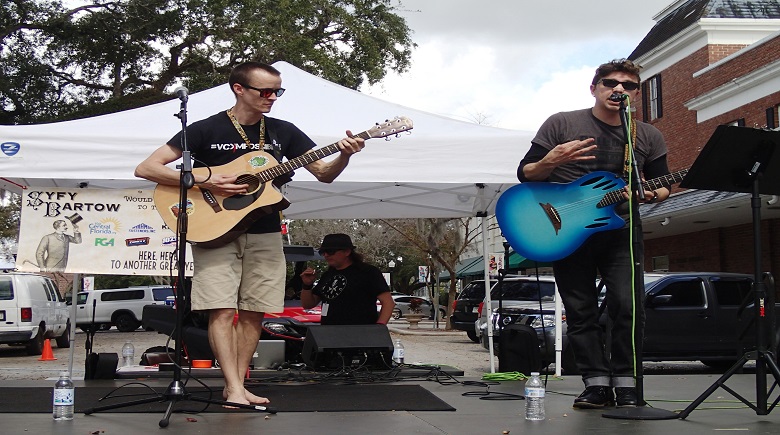 Last week, they streamed live on Saturday from SyFy Bartow, performing live on the main stage while touring some of the downtown eateries to showcase their local flavor and menus. 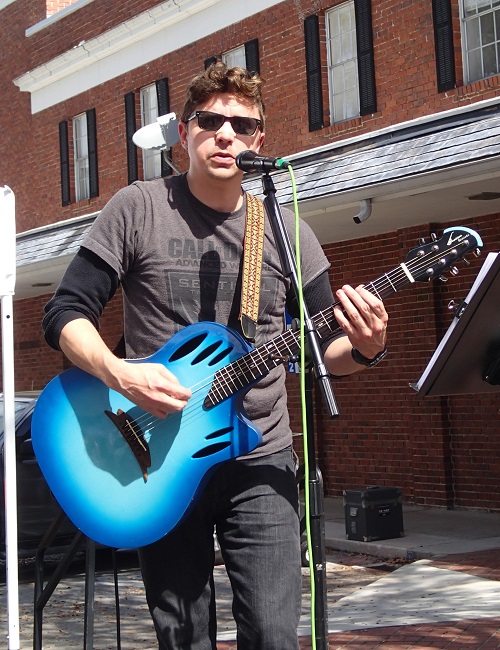 When they’re not being served great and unique food by their host kitchens, the duo will bring along their resident cook, The Mad Scientist, to cook something up for them. Either way, the end result is good food and even better music.

“It was incredible,” Floyd said. “I am a sucker for New Orleans menu. That was one of our more memorable meals in this project.”

For The Commodore, his favorite experience was at Second Harvest Food Bank in Orlando. That evening brought in four chefs from four top-notch resturaunts, each one preparing a unique course for their four-course meal.

“That kitchen and those courses they created was incredible,” he said.

Aside from their great food and great tunes, what makes KitchenKillaz especially successful has been their fan base and community. Every evening, their stream draws in hundreds of viewers from across the world, from as far as Ireland, Trinidad, Canada, Australia.

Even though their viewers come from diverse backgrounds from countries across the globe, they are all united with their love for music and food, and have thus created a personal community as close-knit as any residential neighborhood.

“We are really fortunate and very blessed to be surrounded by such an awesome community and to watch them become part of the project itself,” Floyd said. “It has grown way, way bigger than the Commodore and myself…They are touching base and building a personal community where you can join that chat and be welcomed by people from all over the world and you can take a break on Friday night from all your stress.” 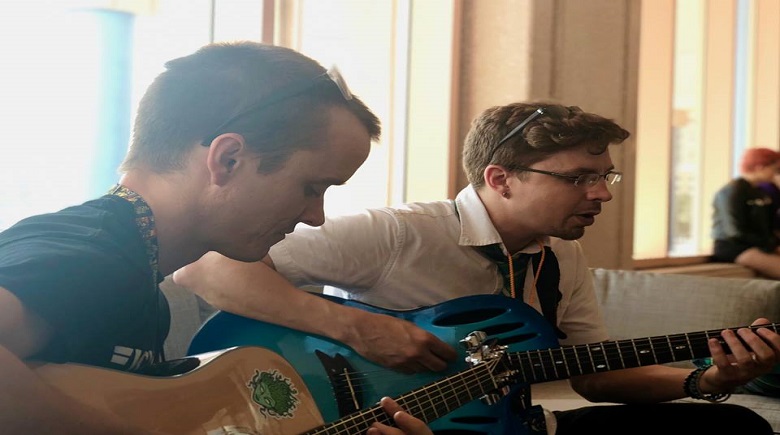 One of their fans, Shelly Wheeler, discovered them during one stream last December. Since then, she continued watching live shows and commenting in the feeds before eventually flying out from California to a live show in Orlando in May.

She has since joined the team, helping them with marketing and managing. Being able to be part of such a team with such positive energy likewise gives her plenty of energy and positivity as well.

“They are beautiful people,” she said. “They are always trying to bring everybody into their circle, their music is phenomenal and their voices are great, and they are great people all around.”

KitchenKillaz has been killing it in the kitchen for the past two years, and they have experienced great and positive growth since then. While they try not to have expectations, they do hope that their reach and influence continues ever growing, and that they can continue to perform in more kitchens and reach more people.

“What got us here so far is the tiny progression every week,” The Commodore said. “We don’t really know where it is going to go, or how big it is going to get, but we know that we are going to continue pushing it forward and take it from there.”

“I try not to invest very much in expectations, I just try to enjoy every day and every opportunity that we get without the promise that it will happen again,” Floyd said. 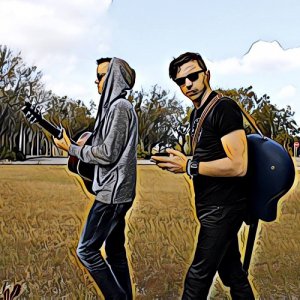 KitchenKillaz stream live shows every Friday evening starting at 9:05 p.m. For more information, visit their website at: http://kitchenkillaz.com/, or their Facebook page at: https://www.facebook.com/kitchenkillaz/