Lakeland Man Arrested For Stealing Over $3,000 in Merchandise From Wal-Mart and Home Depot 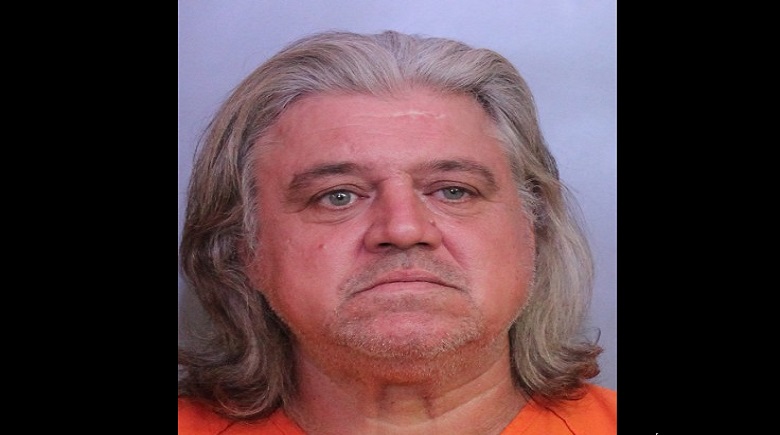 On Friday, February 15, 2019, PCSO arrested 57-year-old James Gardner of Lakeland and charged him with two counts of Grand Theft (F-3).

On Thursday, February 14, 2019, James Gardner walked into the Wal-Mart located at 6745 North Church Avenue in Mulberry and did some five-finger discount shopping. Surveillance video shows him loading $535.86 worth of merchandise-two televisions, a safe, a backpack, toys, and other miscellaneous items-into a cart and then leaving the store without paying. A store employee followed him outside and saw him unload the stolen goods into his red Ford truck with a topper on the back and a handicapped license plate. Using the information, deputies were able to identify Gardner as the suspect.

During the investigation it was revealed Gardner made several fraudulent returns at the Home Depot located at 6335 Florida Avenue South in Lakeland between February 5, 2019 and February 13, 2019. He entered the store with nothing in his possession, grabbed several items from the shelf and proceeded to the return desk without attempting to pay. He would receive a refund in the form of a store credit, or, when he was denied the refund, he walked out of the store with the stolen merchandise.

Detectives were able to locate Mr. Gardner in Southwest Lakeland off of Ewell Road. After searching the house where he was living and his truck, they found the stolen safe, Wal-Mart and Home Depot gift cards, tools, and multiple other stolen items.

“Mr. Gardner was brazen-he thought he could get away with stealing from these businesses. But those who steal, eventually get caught. Surveillance video, observant employees, and good old fashioned police work solved the case.” – Grady Judd, Sheriff