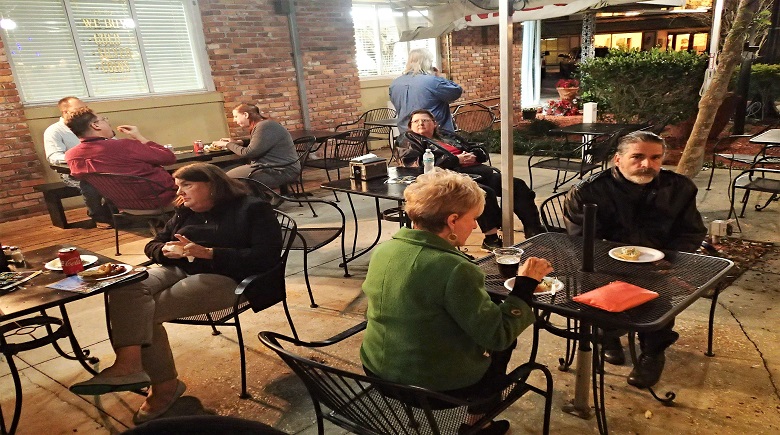 Downtown Lake Wales has the potential to move forward into a bold new direction, and it’s up to every city resident to help push it towards that direction. That was the main takeaway from the inagural Lake Wales Main Street Annual Meeting & Night Market last Thursday evening.

Hundreds of city officials, business owners, and residents gathered together within Market Place Square at the heart of Downtown Lake Wales to mingle with one another, enjoy great food and company, and listen to the progress being made by Main Street Lake Wales. 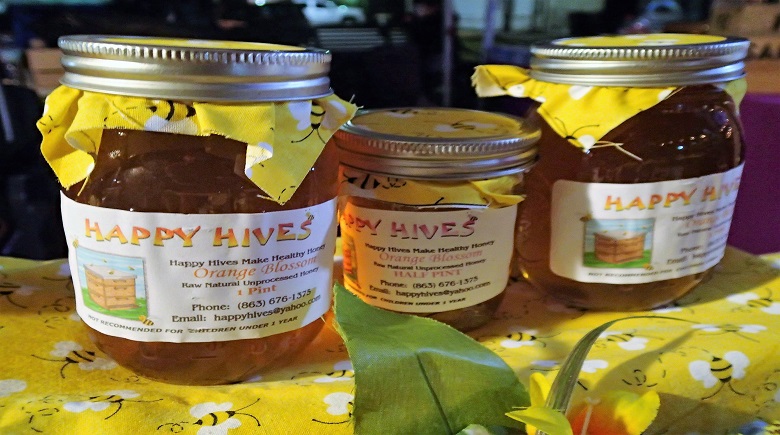 The event served as a combination of the Lake Wales Main Street annual meeting, as well as the new Night Market, which featured nearly a dozen local vendors selling wares from natural honey, homemade hand soaps, and other miscellaneous merchandise. 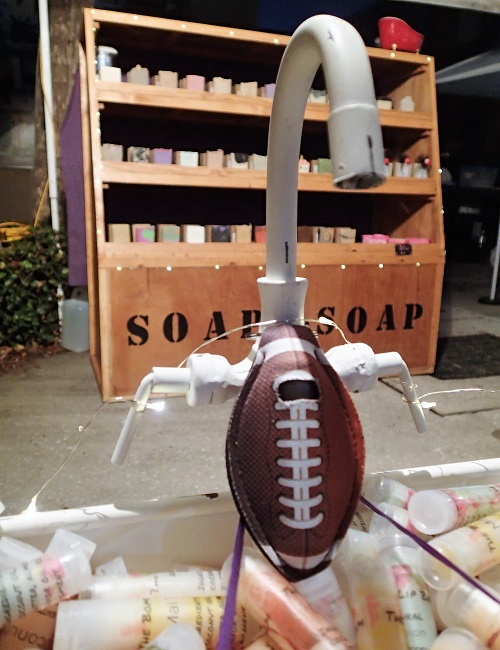 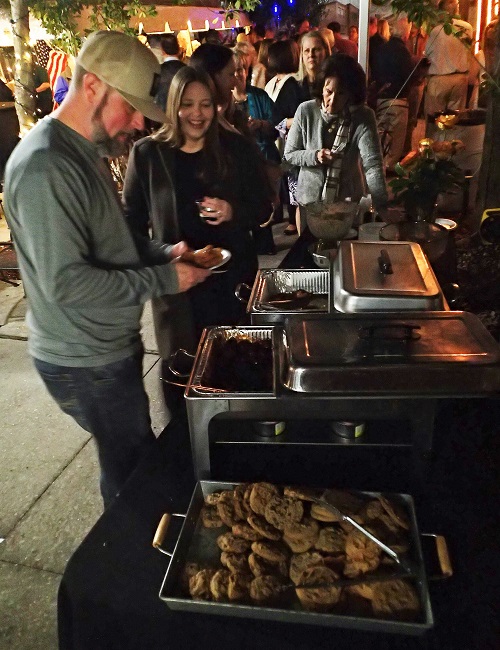 The main presentation that evening was by Lake Wales Main Street, a local non-profit organization focused on the revitalization of the downtown area. Karen Thompson, Executive Director, explained their accomplishments within the past year along with their goals for the near future. 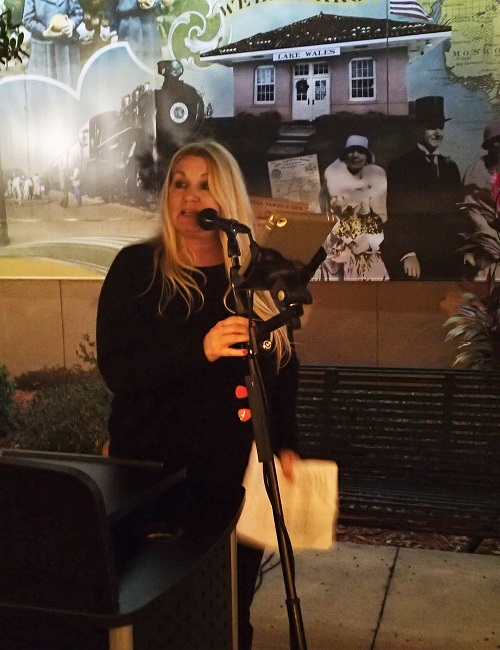 Within the past year, Main Street Lake Wales hosted a bus tour to three other downtown areas to witness and learn from the results of their own revitalization efforts. They also did a complete reorganization of their board, which included creating a new budget, completing three years of filing, and updating their bylaws line-by-line, Thompson explained.

Helping with these various efforts has been the board members, without their hard work and dedication none of this would have been possible, Thompson explained.

“We have the strongest board I ever had the pleasure of working with,” she said.

With everything they have accomplished within the past year, they are looking forward to accomplishing even more within the near future, and they will need the help and input of city residents in order to do so, she said.

“As a community, what we can do for downtown is endless, so let us all band together and work toward a revitalization movement downtown,” she said. “A revitalized downtown is important for the entire community to get involved, because, bottom line, it is a quality of life…Downtown revitalization is a movement and everyone here needs to get on board and let us get to work.” 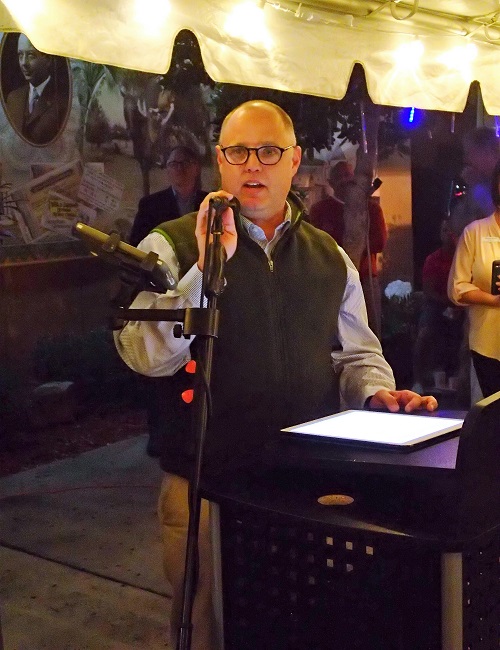 Rusty Ingley, Board President, remembered when he first joined the organization four years ago. Back then, it was but a shell of its current form. They were unaccredited, they did not have a director, they lacked proper support from the city, and they did not have any money, he said.

Four years later, and Lake Wales Main Street is bigger and better than ever. Now they have accredidation, an incredible director and board of directors, close relationships with the city and local businesses, and plenty of money within the bank, he said.

Ingley has seen much progress made within the past four years, and with the help and support of local residents, they can work to ensure even more progress within the near future.

“There is a great sense of community that you cannot find just anywhere, [and] this place has it,” he said. “We know that Lake Wales can do much, much more. We need to improve on what is already great about Lake Wales. We need to stop thinking about what we are, and focus on what we can become.” 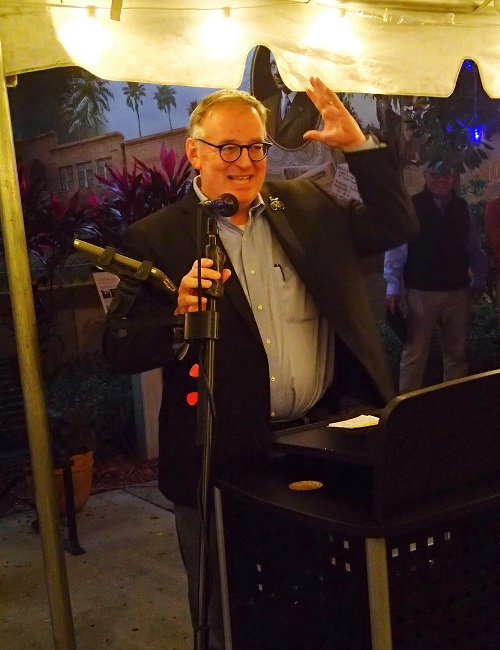 Victor Dover, a representative of Dover, Kohl and Partners Town Planning, an urban planning firm, has traveled to Lake Wales to assist Lake Wales Main Street with their upcoming endeavors. Starting in April, they will set up an open design studio where residents can drop by, see proposed ideas for the city, and even lend their own feedback.

Dover loves being able to help out small towns such as this, as he believes that they are the unique natural habitats that best exemplify the All-American spirit. Through the upcoming meetings and workshops in April, he hopes that residents will become involved in the process of providing feedback and lending their support towards revitalizing their downtown area.

“What [my hope is that] over the next few weeks, we don’t treat it like a zoning hearing or a budget procedure, but we treat it important like the Continental Congress that started our country,” he said. “You will all be like delegates to the plan, and you get to decide what gets to be part of that plan.”

Together, he hopes that city residents and business owners can come together in the spirit of democracy and let their voices be heard for what they want their downtown to be—for the only people who can make that happen are themselves.

“If you help in April, we can make a difference,” he said. “All you have to do is visualize.”

For more information about Main Street Lake Wales, visit their website at: http://lwmainstreet.com/ 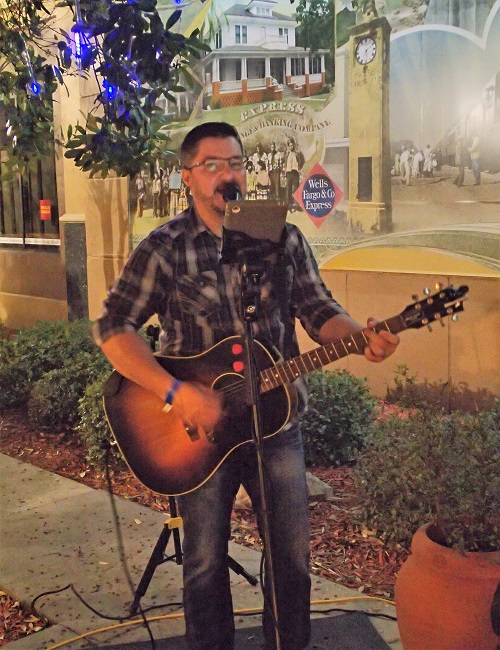