Dealing with disciplinary problems, handling late school buses, and providing safe transportation for students were some of the issues raised by local educators during a town hall meeting on Monday evening in Lakeland.

Kay Fields, Polk County School Board Member for District 5, hosted the first of its kind event as a way to provide “an evening for listening” to the feedback of teachers, staff, and other educators within the school system. 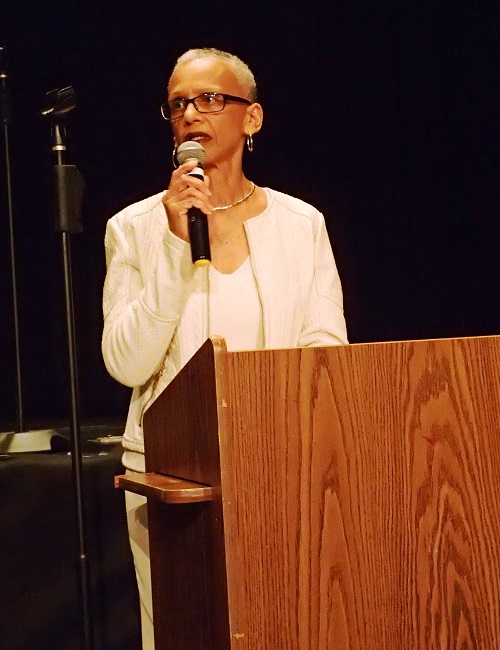 Nearly 50 teachers, staff members, parents, and other concerned citizens attended the event on Monday evening at the Kathleen Sr. High School Auditorium in Lakeland. Several attendees had the opportunity to take the microphone and lend their voice on issues facing their local schools.

One pressing issue raised during the event involved dealing with behavioral and disciplinary problems with students, with many teachers being unable to mitigate these problems, either through lack of resources or proper training.

Wendy Mozdzer, fourth grade teacher at Dr. N.E. Roberts School in Lakeland, has witnessed a drastic shift within the behavior of her students since she first started teaching 14 years ago, and she fears that many teachers like herself are not prepared to handle them.

“It has been my experience over the years that…students coming to us have a vastly different behavior than when I started,” she said. “The students that we are seeing are very violent, very disrespectful, there is not a lot of morals that they are coming to us with.”

She mentioned how she often had to send one of her students out of her classroom for being disruptive, yet his time out of class prevented him from learning. This would hurt him academically, and yet she would end up receiving the blame for it, she said.

“I should not be held accountable for his failure if he is not in my classroom because he is disruptive,” she said. “That is not fair to me.”

Jessica Mahmood, teacher and yearbook advisor at Kathleen High School in Lakeland, corroborated these concerns, mentioning how many teachers at her school felt ill-equipped to handle such disciplinary problems. 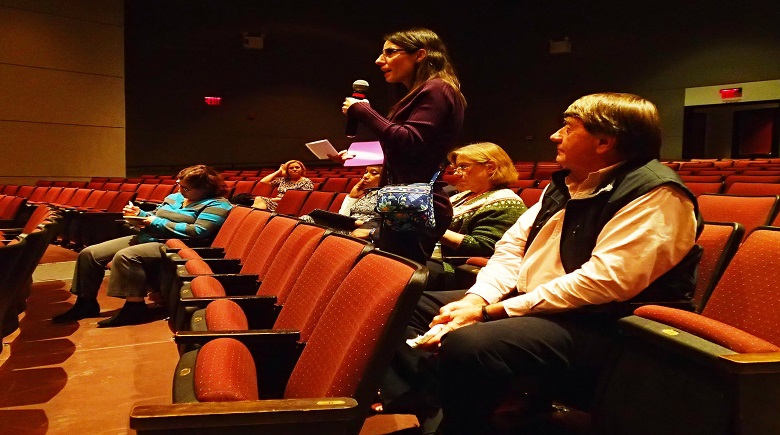 Often other teachers would have to leave their own classrooms just to help address problems happening within the classrooms of their fellow teachers who could otherwise not handle the problems themselves, she said.

“Some schools have been told that their numbers are too high for referrals and discipline,” she said. “We know there are teachers who don’t have classroom management. Why are they not being provided with classroom management help through proffesional development?”

Safe and reliable transportation for students, whether by walking or by taking the bus, was also brought up. Nicole Wallace, kindergarten teacher at Dr. N.E. Roberts Elementary, mentioned how her school routinely experienced problems with late buses.

Some days the buses would not arrive to pick up the children at her school until as late as 4:50 p.m., leaving many of her students waiting at school for hours, she said. These late bus schedules were affecting everybody at the school, she said.

For many schools, children are forced to walk to school early in the morning in the dark and along roads and highways that lacked proper sidewalks. Kathleen High School itself had many nearby roads where such sidewalks did not exist, placing many of the students who had to walk to school in danger, one teacher mentioned.

Aside from being able to ask questions and offer concerns, other teachers were also able to provide suggestions as to how to improve these problems within the school system.

Mahmood recommended that the school board host a neighborhood walk to allow teachers and other educators a better idea about their local school population and their living conditions.

“They can see where their kids live, see where they are coming from,” she said. “Because it is one thing to say that your kids live in poverty, but it is another thing to go by their house and see blue tarps from Irma, to see the run down houses they live in, to see where they come from. It is a completely different thing, and it was a completely eye opening experience for me.”

The town hall event was hosted by Kay Fields, President and CEO at Girls Inc. of Lakeland, and 16-year school board incumbent who won the District 5 seat during last year’s election with over 52 percent of the vote over her opponent, Jennifer Sabin.

During her campaign, Fields received criticism that she did not really care about educators nor wanted to hear their concerns. She hosted this town hall event, and plans on hosting more in the future, to do exactly that: provide them an opportunity to let their voices be heard and addressed.

“This is was one of the steps to show that we do care and we do want to hear from them, we do value their thoughts and concerns,” she said.

Overall, this evening’s event proved to draw in a great turnout, and she expects to potentially address many of the issues raised that evening to the school board within the near future.

“I think it was very successful,” she said. “We had a good turnout, and we have some very good input…We will go back, answer the questions, distribute it to those who were here tonight, and introduce whatever is relevant that is not able to be answered to the board, and see if we can start making some things happen based on the recommendations.” 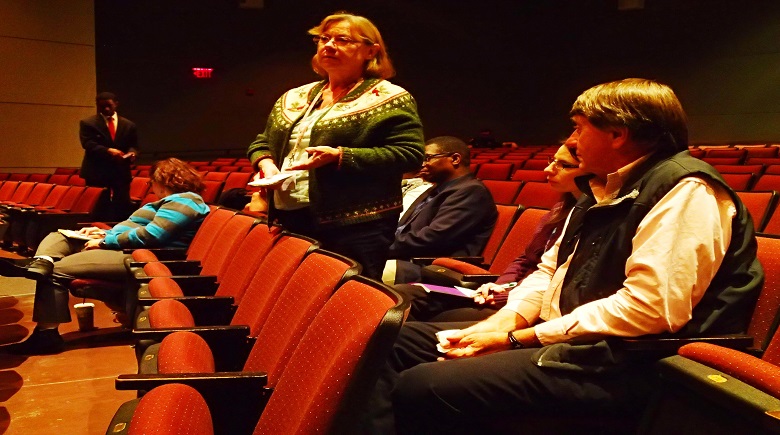