After making his list, checking it twice, and finding out who was naughty and nice, Santa Claus was coming to town—the town of Haines City, that is!

For the third consecutive year, Santa Claus traveled more than 4,000 miles from his home in North Pole, Alaska to visit the good girls and boys in Haines City. 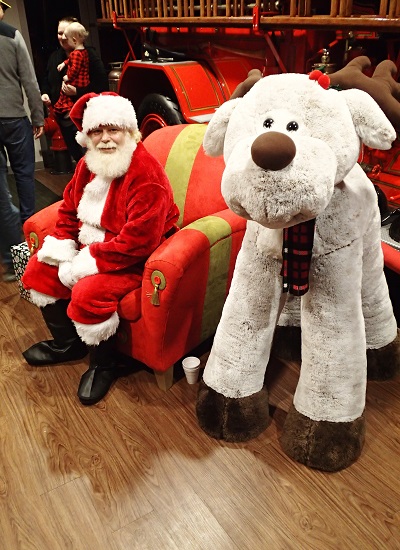 On Saturday evening, the Jolly Man in Red stopped by to visit the red fire engines at the city fire department, where he greeted hundreds of local girls and boys with their families during the third annual Santa at the Station event. 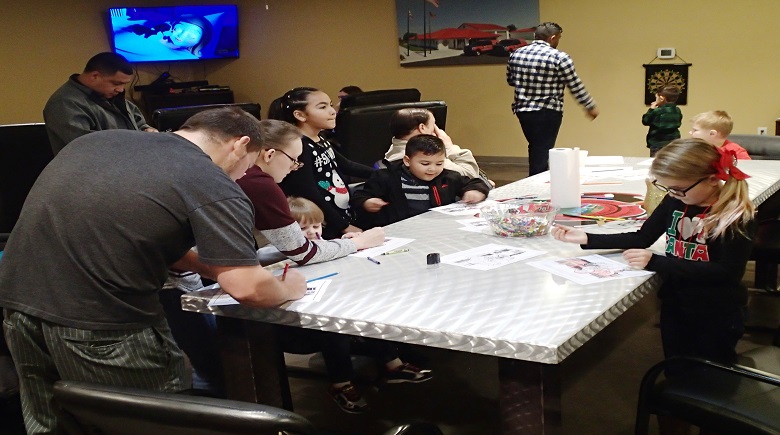 When not visiting Santa to tell them their Christmas wish and take photographs with him, the children enjoyed other fun holiday activities at the station, such as eating cookies, drinking hot chocolate, filling in coloring pages, and even writing letters to Santa himself.

They could also take a tour of the station with their families to take a closer look at the facility, especially the big fire truck, which had its ladder extended and lights flashing out front that evening. 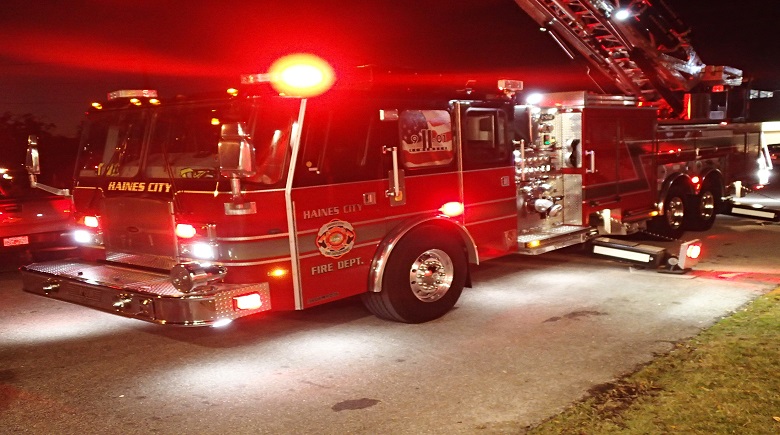 “We take every advantage that we can to let people see the firetrucks and let them know what we do…so we use this as a teaching opportunity,” said Joseph Kahles, Active Battalion Chief.

Since first starting three years ago, the event has become an annual tradition at the local fire department, and it had slowly grown in attendance each and every year since then, Chief Kahles said. 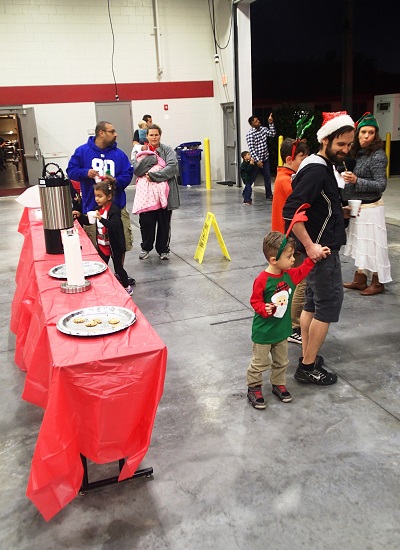 More than 150 children appeared with their guardians during the first hour of the event, and more than 900 people on Facebook had expressed their interested in attending the event that evening, Chief Kahles said. 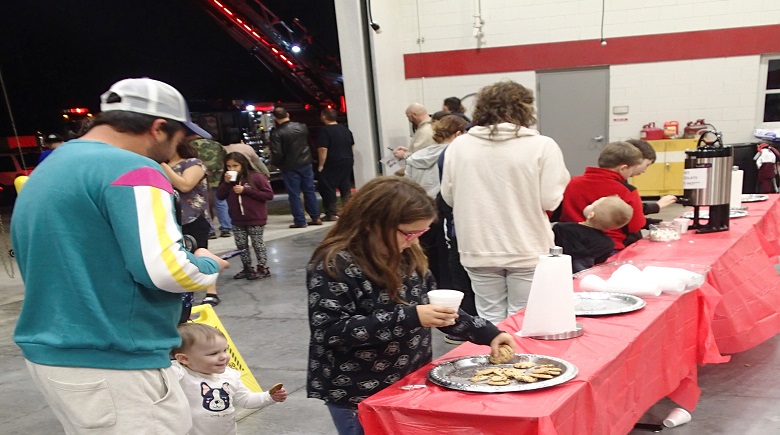 “I think it is a family atmosphere,” he said. “You will see firefighters out there playing with the kids. Some of the firefighters even bring their families here off duty.”

Aside from simply offering local families a fun evening of free holiday fun, the event also allows local residents an opportunity to visit their fire department and see how their local firefighters help serve their community.

“That is the biggest thing: to let them know that their fire department is here, and everybody is welcome to come see us anytime any day of the week,” Chief Kahles said. “They can come by, this is a family place, this is the city fire department, so we want them to come and see and know what we do.”

Kahles and his crew put in a lot of effort beforehand to ensure that the event is pulled off well that evening.

One such employee, Holly Gorsline, Executive Assistant, sees that effort firsthand herself whenever she visits with her own children.

For the past two years, she and her three children have been dropping by to visit Santa Claus and let them know what they want for Christmas. This year, it was a desk, toy train, and mini tools.

“A lot goes into it,” she said. “It is a lot of planning, a lot of patience, getting everything together the day before, and plan ahead to make sure everyone has a great time.”

For Kelly and Pedro Espinal, two local residents with their three children, this year was their very first visit, having recently learned about it after seeing it advertised within The Daily Ridge.

Not only did the event allow their two oldest children to ask for dolls and Teenage Mutant Ninja Turtles, but it allowed them an opportunity to visit the downtown area.

“We loved Santa Claus, he was our favorite guy,” Pedro said. 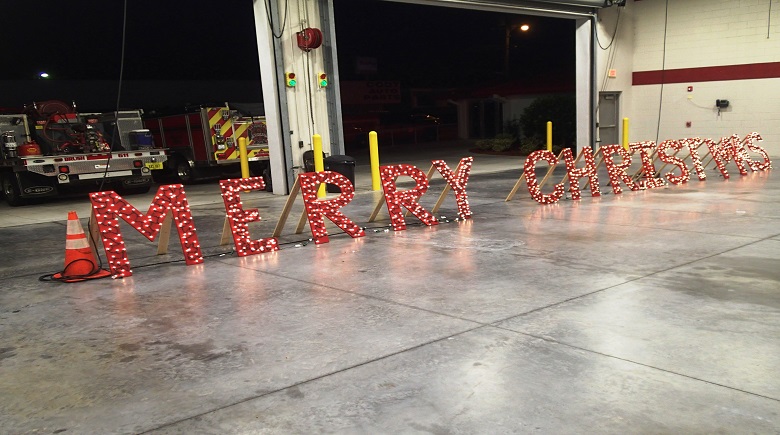