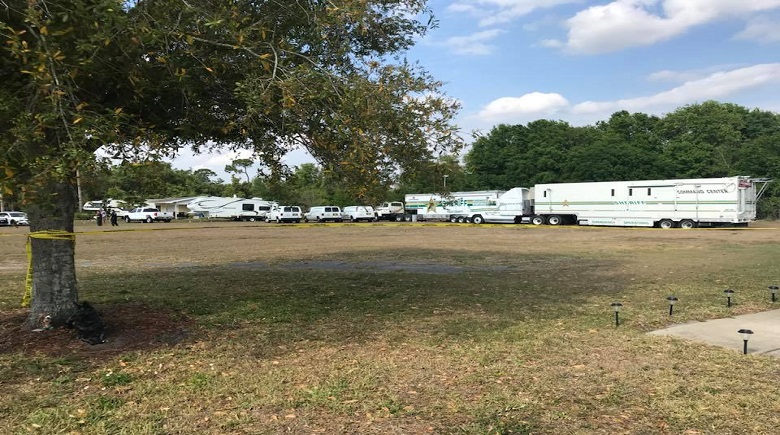 The following is an excerpt from the probable cause portion of the affidavit charging 16-year-old Dillen Murray (DOB 10/25/1991) of 247 2nd Avenue North in Lake Wales, with 1 count first degree murder (Capital Felony), 1 count possession of marijuana (M-1), and 1 count possession of paraphernalia (M-1), in the homicide of 15-year-old Giovanni “Gio” Diaz of 153 Lake Caloosa Circle North in Lake Wales, who was an 8th grader at Frostproof Middle-High.

As a reminder and as described by Sheriff Judd this morning, the information in the first part of this
probable cause is the detailed and elaborate story the suspect first told detectives, determined to be lies after the suspect confessed. The second part of the affidavit is the information the suspect gave to detectives when he confessed, which also matches the evidence and the witness statements.
PROBABLE CAUSE:

On Monday, March 19, 2018, at approximately 1451 hours, the defendant, Dillen Alex Murray, called 911 and advised he beat his friend with a baseball

bat; his friend was bleeding and lying in the woods.

Deputies responded to the wooded area to the east of Caloosa Blvd. and Lake Blvd. in Lake
Wales, FL, where they found the victim, Giovanni Diaz, unresponsive with severe facial trauma. The victim was declared deceased on March 19, 2018 at 1507 hours by Polk County Fire Rescue personnel.  An aluminum Tee ball bat, which was dented and covered in blood, was found on the ground next to the victim’s body.

Polk County Sheriff’s Office Homicide detectives responded to the aforementioned wooded
area, and observed the victim deceased in the woods. The victim was observed to have extensive blunt force trauma to the head, face, chest, and arms, consistent with being struck multiple times with a baseball bat.

turned around, he advised he observed the victim holding the bat with both hands, above his head, and was preparing to hit him (the defendant) on the head with the bat.

Det. Fulcher also conducted sworn audio-recorded interview with a known acquaintance of the defendant,
who stated on Sunday, March 18, 2018, the defendant told them he wanted to know what it was like to kill somebody.

During the interview with the defendant, it was noted he did not have any injuries consistent with being punched in the face or being struck with a bat in the forearm.

Update 7:48pm: Sheriff Grady Judd advised that around 3pm, today, two boys went into the wooded area off Caloosa Blvd. In Unincorporated Lake Wales. One boy, Dillen Murray 10/25/01, beat another boy, Giovanni Diaz, to death with a bat. A witness saw Murray leaving the woods and allegedly told them he “wailed” on his friend with a bat. The witness to Murray to go home and call 911. The witness went into the woods and found Diaz lifeless body. Murray meanwhile went and called 911, according to Polk County Sheriff Grady Judd. Murray has a past of assault charges for battering Diaz in the past. A motive has not been confirmed yet, nor is it clear if this was homicide or if it was self defense.

We will update more as information is made available.

Update From PCSO: In response to your inquiries, the PCSO Homicide Unit

area, which is the Kangaroo Store located at US Hwy 27 and 1st Avenue North

in Lake Wales (near Warner University). If you will please head that way,

the PIOs will meet you there.  The media briefing will not occur until

after 6:00 p.m., as it will take time for Sheriff Judd to arrive and gather

The area where the death occurred is near a mobile

home park and the suspect is in custody.

Lake Wales, Florida – The Polk County Sheriffs Office is currently conducting a death investigation in Unincorporated Lake Wales. The scene of the investigation is right off Caloosa Lake Dr. which is South of the City of Lake Wales. The sheriff’s department has brought in the mobile command center & the forensic trailer. According to witnesses a body was found in a wooded area, just off Caloosa Lake Dr. It is unknown when this occurred exactly, but the area became quite active around 3:40pm.

According to Carrie Hortsman, Public Information Officer with the Polk County Sheriffs Office, a death investigation is underway, but no further details are available. We will update the article as more information is available.