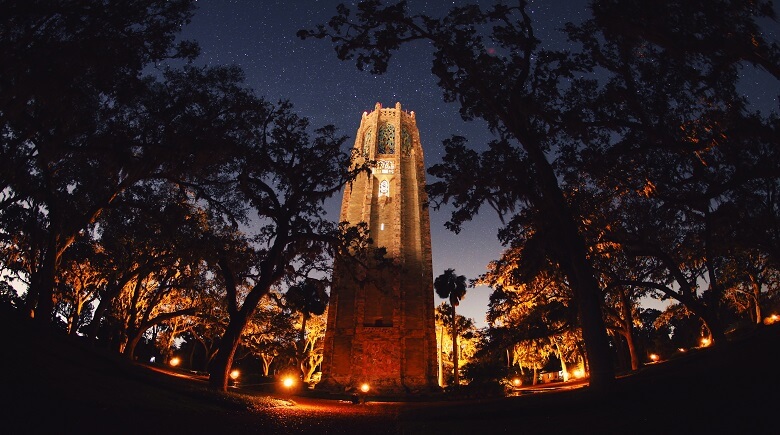 As such, guests will soon have the rare treat of visiting the historic tower and botanical gardens at night during its second annual Harmony Dark Sky Festival and Star Party on Sat. Jan. 13.

Aside from providing a glimpse of the gardens at night, the annual night event will have several activities involving stargazing and nocturnal animals, with an emphasis on providing education about the effects of light pollution both on wildlife and on humans.

“It’s really an evening that’s dedicated to education about how light pollution affects wildlife, how it affects humans, and to provide better appreciation about the skies above us,” said Erica Smith, Marketing Director of Bok Tower Gardens.

The lack of artificial lights within the surrounding area provides for an almost unadulterated view of the night sky above, which guests can better appreciate through stargazing opportunities at the Astronomy Meadow located near Pinewood Estate, and, in case of cloud cover, with a mobile planetarium as well.

Guests will also be able to learn more about the stars above, as well as current attempts to explore them, through several lectures by astronomers and scientists.

Russell Romanella, a retired scientist who previously worked for NASA for more than 30 years, will discuss the current state of space exploration and future space missions to the moon, Mars, and beyond, as well as the prospect of extra-terrestrial life.

“I enjoy getting people interested in what is going on in space exploration, making them a little bit more aware with what is happening,” Romanella said. “Often time people assume that NASA has gone out of business since we retired the space shuttles, but there is a lot going on, and if I get people aware and interested, that is a positive thing.”

Joshua Colwell, professor at the physics department at the University of Central Florida, will also be on hand to discuss the Cassini mission to Saturn, something that he had personally been working with for the past 25 years.

“What I am hoping to do is make this distant world of Saturn and its family of moons and rings feel more familiar and like a place that is another part of the human experience,” he said. “I would like people to come away feeling like their universe has expanded and now it feels like a distant place.”

Both children and sci-fi fans alike will have even more fun when characters from the night sky above come to visit them with meet and greet opportunities with Star Wars characters.

Helping to accentuate the lovely sights in the night sky above and the gardens below will be the even lovelier melodies of the Bok Tower bells with a special carillon concert at 8pm.

This will be the second annual festival, and one of several recent nighttime events hosted by Bok Tower Gardens, providing guests the rare opportunity to see the gardens at night.

“All our after dark events have been popular because they have been different, and there is something romantic about evening events, and also exciting because you don’t know what is around the corner,” Smith said. “The excitement of seeing something that you don’t normally see during the day is really fun.” 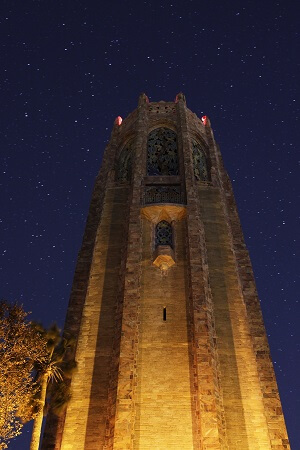 Last year’s event was interrupted with rain, but fortunately the forecast for this year’s event calls for overall good weather with clear skies most opportune for star gazing, Smith said.

Smith most anticipates the interaction among guests, scientists, and astronomers, as events such as this are created with the intention of providing guests the opportunity to learn more about the gardens and the natural world it inhabits.

“It really does start opening up your eyes about what is out in the universe and what we don’t usually think about,” Smith said.

The Harmony Dark Sky Festival and Star Party will be hosted on Sat., Jan. 13 from 4 p.m. to 10 p.m. The event is included with general admission.