Arrest Made in Death Investigation 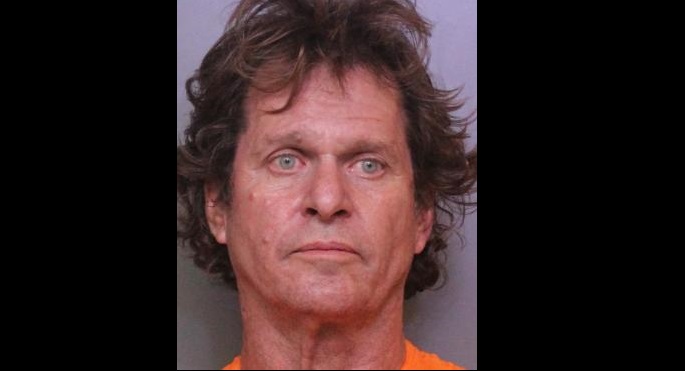 Below is an excerpt from the affidavit, and it is self-explanatory:

On October 26, 2017 at 1749 hours, Polk County Sheriff’s Office Deputies responded to the area of Orchid Drive and Lake Haven Drive (Indian Lake Estates), Lake Wales, regarding a reported shooting. Upon arrival, deputies were unable to locate a potential victim until a witness approached responding deputies and provided information regarding the shooting.

The witness stated the victim raised the rifle so the defendant could observe the firearm, but never pointed it in his direction or aimed at the defendant. While doing this, the victim stated, “You want to play with this?”

Polk County Sheriff’s Office Aviation subsequently located a golf cart in the wooded area approximately 300 yards west from the defendant’s residence. This location is located in between the incident location (3500 Orchid Drive) and where the suspect was taken into custody (3701 Orchid Drive). The victim identified as Devyn Martin was found deceased lying in a golf cart with visible gunshot wounds to the left side of his chest. The victim was observed slouched on his back on the passenger side of the golf cart. The victim had a black long sleeve shirt pulled over his right arm, which exposed his chest and stomach area. The victim was also wearing blue jeans that were located at his ankles and a pair of gray underwear down to his lower thigh area, which was consistent with dragging and pulling.

She stated she asked the defendant where the victim was, to which he responded, “I don’t know and I have not seen him.”

Other witnesses were interviewed, who confirmed they heard the shouting, and a gunshot, and that the defendant was seen shooting a firearm similar to the one the original witness described, during target practice. One witness told detectives that Pennington came to her house about thirty minutes after she heard the gunshot and attempted to jump in her pool. She advised him she had just shocked it, so he went in her home instead and used her shower. A towel with a small amount of blood on it was found in that bathroom. This contradicts the suspect’s original statement to deputies that he was wet from swimming.

The decedent (DEFENDANT) denied using a firearm and stated he did not have any type of ammunition or firearms at his residence. The decedent (DEFENDANT) also denied moving the victim’s body into the wooded area and stated he left to his girlfriend’s residence after the incident. A search warrant was executed at the defendant’s residence and a spent shotgun shell casing was found in the garbage can of his bedroom. Bow and arrows were also found inside the defendant’s residence.

(m)1. Criminal intelligence information or criminal investigative information that reveals the personal identifying information of a witness to a murder, as described in s. 782.04, is confidential and exempt from s.119.07(1) and s. 24(a), Art. I of the State Constitution for 2 years after the date on which the murder is observed by the witness.