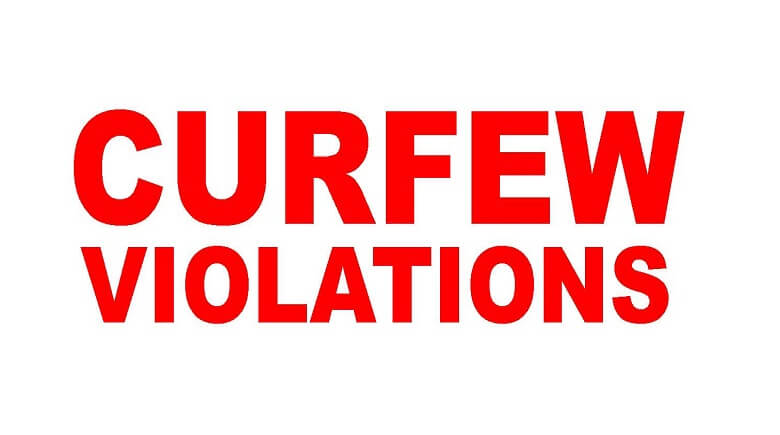 “The curfew is in effect to deter crimes of opportunity, such as looting, and to provide safety for citizens in damaged areas. We want everyone to be safe now that the hurricane has passed. We will actively enforce the curfew. Be safe everyone!” Grady Judd, Sheriff

These individuals have been arrested and charged with curfew violation during a state of emergency and transported to the Polk County Jail.

39-year-old Johnny Charles Hart, of Winter Haven was riding his bicycle on Cypress Gardens Blvd. in Winter Haven around 12:43 a.m. He told deputies he was out on bond for burglary of an occupied structure.

27-year-old Louinel Joseph, of Winter Haven was walking on 34th Street in Inwood (un-incorporated Winter Haven) around 1:40 a.m.  He told deputies he was going for a walk and he did not have his proper identification. Joseph started to pull away from deputies during his arrest. He was also charged with resisting arrest without violence.

26-year-old Yorge Ortiz, of Winter Haven was driving his vehicle and ran a red light at the intersection of Spirit Lake Road and 540 eastbound in Winter Haven around 1:25 a.m.

34-year-old Jose L. Pagan, of Winter Haven was a passenger in Yorge Ortiz’ car during the time of his arrest.

46-year-old James Anderson, of Winter Haven was riding his bicycle on Avenue M. Northwest in Winter Haven around 2:29 a.m. Anderson had a flashlight in his hand and had been shining it onto residential yards. He told deputies he was out looking for his girlfriend. Anderson had been in possession of a window punch, flathead screwdriver, and multiple wrenches that can be used to commit a burglary. He was also charged with possession of burglary tools.

39-year-old Adam Brady, of Lakeland was riding his bicycle on Combee Road in Lakeland around 1:28 a.m. He told deputies he had a syringe in his pocket. Deputies also found a flask containing alcohol. Brady was also charged with possession of meth, possession of drug paraphernalia, and possession of an alcoholic beverage in public.

15-year-old Austin Wilsman of Lakeland, was riding his bicycle on North Church Ave. in Lakeland around 2:43 a.m. He told deputies he was out looking for a ride to a friend’s house located in Imperial Lakes Community. He also told deputies he is on probation for residential burglary and aggravated battery.

Winter Haven Police department arrested 35-year-old Ivan Dupont, of Winter Haven for possession of marijuana within 1000 feet of a church, possession of drug paraphernalia, and curfew violation during a state of emergency.

The curfew will be in effect until repealed by subsequent order of the County Manager or his designee. Please see the Polk County Emergency Declaration Order below for additional information. 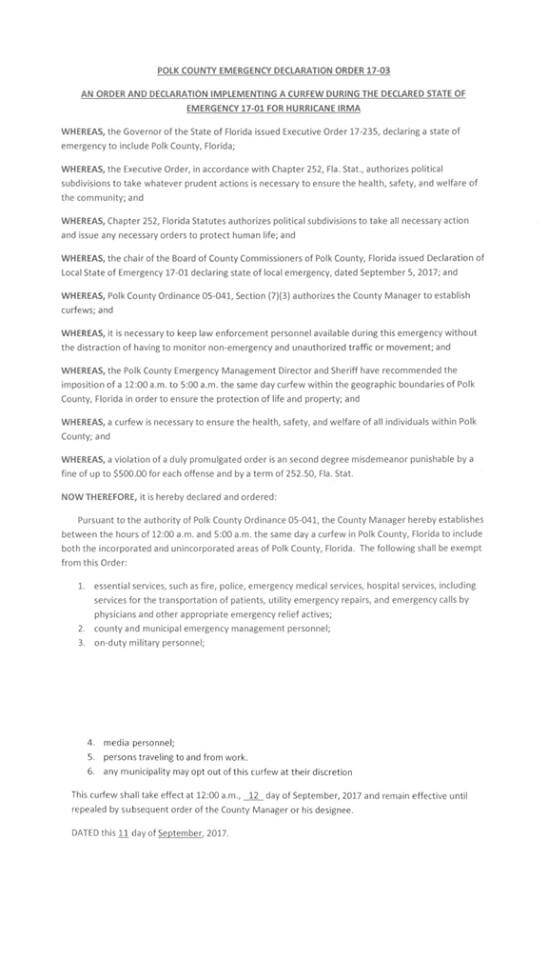