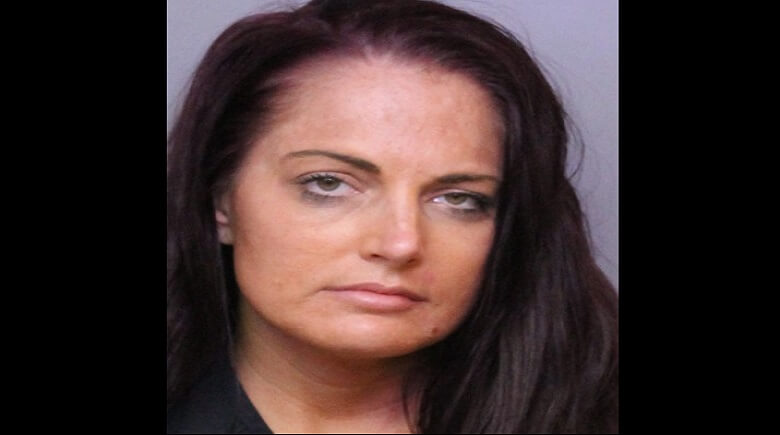 38-year-old Marianne Connolly was hired as a records specialist in October 1997. She resigned effective immediately upon her arrest – had she not resigned, she would have been terminated. Her most recent salary was $34,751.

According to the affidavit, Connolly picked up the victim from an after-school program in Lakeland, and drove him to the Tampa area. Meanwhile, the victim’s father was supposed to pick up the victim – when he arrived at the after-school program in Lakeland and found that Connolly had already picked the victim up, he called Connolly repeatedly but she would not answer. He then texted back and forth with the victim and located the victim on the “Find my Friends” phone app. The victim told him Connolly was driving erratically and not making sense. The victim also told his father that they had been in two crashes. When the victim’s father located Connolly driving back to Polk County and followed her, he called DCF and law enforcement. She tested positive for three different drugs, and was arrested – see below.

The following is an excerpt from Connolly’s affidavit, and is self-explanatory:

Upon learning this information, the victim’s father got into his vehicle and started traveling towards Tampa while also calling law enforcement to report Ms. Connolly’s condition and that she was involved in two traffic crashes in less than an hour. The victim’s father said he continued to monitor the victim’s location by using the “Find Friends” app on his cell phone and noticed they were traveling back to Polk County on Interstate 4.

The victim’s father stated before Ms. Connolly arrived at his house he called the Polk County Sheriff’s Office and the Department of Children and Families to report Ms. Connolly’s actions and the danger she placed the victim in.

A Child Protection Investigator (CPI) and a Deputy Sheriff arrived at the victim’s father’s home and noticed a black BMW parked sideways and partially in the roadway of the driveway. The CPI noticed the driver’s side door was open and legs sticking out of the car. The CPI approached the vehicle and the female identified herself as Ms. Connolly. The CPI stated Ms. Connolly was slurring her speech and kept saying she wanted the victim back. The CPI advised Ms. Connolly was tripping over herself and appeared impaired, but she could not smell any alcohol. Ms. Connolly told the CPI and the deputy sheriff that she is prescribed Oxycodone, Morphine, and Xanax. The CPI asked Ms. Connolly if she would submit to a drug screen, which she agreed. Ms. Connolly tested positive for Oxycodone, Morphine, and Benzodiazepines.

During a post Miranda recorded interview with Ms. Connolly she admitted to taking one pill of morphine and one pill of oxycodone in the morning. Ms. Connolly later stated she took another oxycodone in the afternoon. Ms. Connolly gave several different reasons why she is prescribed these pain medications. During my interview with Ms. Connolly she struggled to remember what occurred earlier in the afternoon while she was driving her vehicle with the victim in the passenger seat. Ms. Connolly said she needed to go to her doctor’s office to get a prescription because she was scheduled for surgery on 09-07-17. I asked Ms. Connolly about the video the victim took of her inside the car and she did not remember acting that way.

Based off my investigation, I determined the defendant committed child abuse by operating a motor vehicle while impaired and after being involved in two separate motor vehicle crashes, thereby placing the victim in danger. Ms. Connolly was arrested and transported to the Polk County Jail without incident.