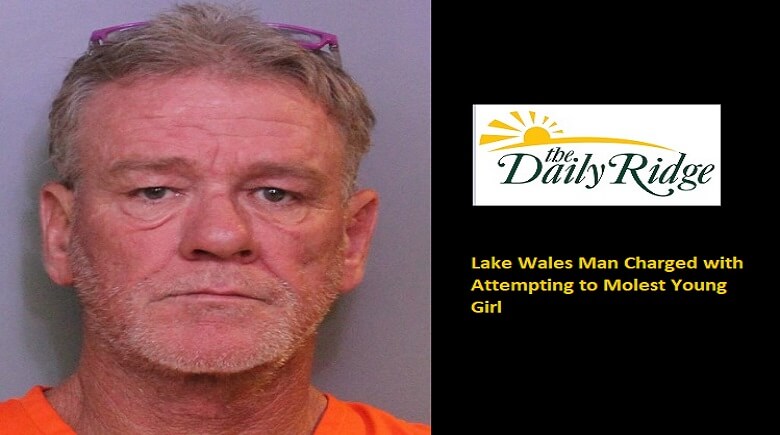 On Thursday August 10, 2017, Lake Wales Police Detectives began an investigation revolving around allegations that 53 year old Michael Holt had recently attempted to molest a 10 year old little girl.  Holt resides at 511 S 9th Street and is not related to the victim.

During the investigation, detectives learned Holt, while nude, attempted to coerce the child to touch his penis. The child refused and eventually left the residence. On Friday August 11, 2017, detectives located and arrested Holt at his residence.

During an interview after his arrest, Holt claimed he was ashamed of what he did and called his actions “stupid”. He did admit attempting to get the child to touch his penis while he masturbated. He also admitted this occurred on one other occasion.  Holt said he had a problem and was glad detectives had arrested him.

Detectives charged Holt with two counts of lewd or lascivious exhibition, a second degree felony. He was transported to the Polk County jail.

This is a very serious crime and detectives would like to identify if there are any other possible victims.  Please contact Detective Jonathan Fletcher at 678-4223 ext. 590 with any information. If you wish to remain anonymous, you can contact Heartland Crime Stoppers at 1-800-226-TIPS (8477).