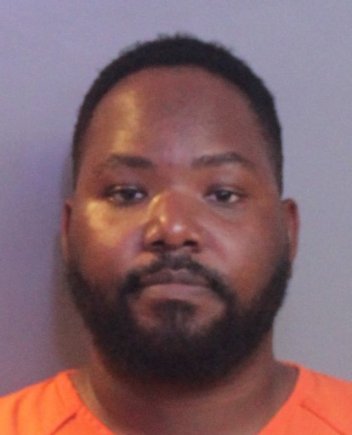 The incident arose when Gibson and his girlfriend, victim, of 4 years, who also lives with Gibson and their 4 children, got into a verbal arguement,according to reports. The victim was reportedly tending to one of the children when the Gibson allegedly instructed the child to “bad mouth” their own mother. The victim stated that Gibson told the child to tell their mother to “shut up.” This made the victim mad so she snapped a hair bow towards the Gibson’s direction.

This allegedly angered Gibson so he approached the victim in an aggressive manner. According to reports as soon as Gibson was within arm’s reach, he allgedly punched the victim. The punch reportedly made contact with the victim’s left shoulder. In return, the victim swung back at Gibson. When asked, the victim was not sure if she had made contact. The victim stated, “I’m pretty sure I hit him.”

Gibson was placed under arrest for Aggravated Assault-Domestic Violence per FSS 784.021 (1) (a) and Battery-Domestic Violence 784.03 (1) (a) (1). The pocketknife and nail clippers used during this incident were seized for evidence. The victim and Gibson did not require medical attention while on scene. Gibson was transported to Polk County Jail.